What is Chromatography, How does it Work, and where is it Used ?

Chromatography is a biophysical technique that separates, identifies, and purifies the components of a mixture for quantitative and qualitative analysis. Chromatography is formed on the principle where molecules in mixture applied into the solid or onto the surface, and stable phase is separating from each other while working with the aid of a mobile phase. In addition, chromatography plays a crucial role in various industries such as the pharmaceutical, food, and chemical industries. 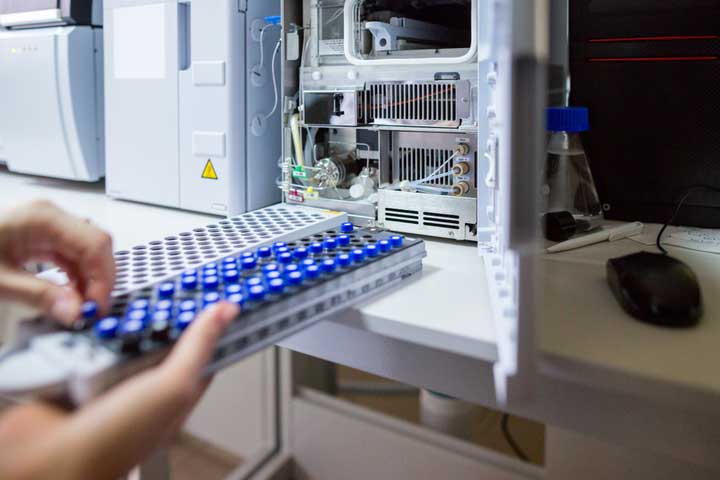 In 1906, a Russian botanist, Mikhail Tswett introduced the term chromatography to the world. Further, in 1952, James & Martin described the first analytical use of gas chromatography for the fatty acid mixtures analysis. Chromatography helps in identifying different chemicals based on the mobility and properties of the molecules in the analyzed compound. It lets scientists separate gases and liquids ranging from DNA and petroleum and to pen inks and chlorophyll.

Chromatography is a biophysical technique that separates, identifies, and purifies the components of a mixture for quantitative and qualitative analysis. An extensive range of chromatographic procedures make use of differences in charge, binding affinities, size, and other properties for separation of materials. Thus, it is recognized as an important biophysical technique as well as powerful separation tool which is used in all branches of science. Chromatography is the only means of separation of components from complex mixtures.

According to a Research Dive, the global chromatography system market is estimated to witness a significant growth during the COVID-19 pandemic. This is mainly because chromatography is primarily motivated by the hospital & research owing to its wide range of usage in R&D activities and identification of cancer cells.

How Does Chromatography Work?

Chromatography is based on the principle where molecules in a mixture are smeared onto a solid or surface, and a stable phase (fluid stationary phase) separates the components of a mixture from each other while working with the aid of a mobile phase.

The various factors operative on this process of separation include molecular characteristics associated with adsorption (solid-liquid), partition (solid-liquid), and differences or affinity among their molecular weights. Thus, due to these differences, few components of the mixture stay for longer period in the stationary phase, and then move slowly in the chromatography system. However, other components leave the chromatography system faster after rapidly passing into the mobile phase.

The three components of the chromatography technique are:

Thus, the type of interaction between the stationary & mobile phase and the substances contained in the mixture is the basic component that is effective on the separation of molecules from each other.

Why Chromatography is Important?

Chromatography plays a crucial role in various industries such as the pharmaceutical, food, and chemical industries. Generally, the environmental testing laboratories want to identify components for small quantities of contaminants like the polychlorinated biphenyls (PCBs) in waste oil. Moreover, the Environmental Protection Agency (EPA) makes the method of chromatography in order to monitor air quality and to test drinking water. The various industries in which chromatography is used are as follows:

What are the Applications of Chromatography?

Chromatography systems include all the tools required for sample separation, program software, and a power source. Chromatography systems are found in all areas of biotechnology, from small research laboratories to huge manufacturing plants. Significant considerations when choosing a chromatography system are the physical and chemical properties of the substance such as size, chemical reactivity, shape, mass, and requirements of the laboratory. Moreover, chromatography has seen a number of technological developments over the last few years and thus has a bright future.