Check Coagulation Testing Taking a Bite Out Of The Competition

Due to the fear of the possibility of retroperitoneal bleeding from the biopsy, anomalies in these screening tests also contribute to the pausing of these procedures. This is despite the fact that in any clinical circumstance, prolongation of PT and APTT by itself has never been able to predict bleeding. Before interventional procedures such as kidney biopsy, coagulation screens are required to determine the risk of bleeding. It typically includes prothrombin time (PT) and activated partial thromboplastin time (APTT). 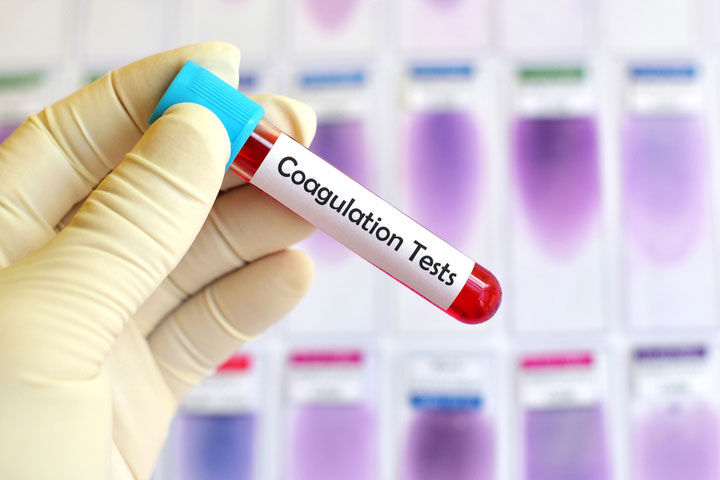 The coagulation mechanism is triggered by platelets that form a plug at the injury location within a few seconds of a vascular integrity breach. It reflects the main component in haemostatics. Secondary hemostasis is a multifaceted relationship of plasma coagulation factors resulting in fibrin strands being formed to stabilize the platelet connection. Usually, there is a correlation between various hemostasis variables, and other factors may compensate for the slight disability of one variable. People with moderate coagulation disorder may never experience significant bleeding unless they are subject to wounds or major operations. Thorough family history may reveal a severe bleeding disorder.

How is Coagulation Testing done?

Testing of coagulation is done to determine whether an individual has a sufficient level of coagulation activity to control the process of blood clotting. The clotting function level may be absent or low, resulting in impaired coagulation capability due to deficiencies one or the other developed or hereditary. Additionally, the factor levels may be too high, causing thrombosis or triggering too much development of clots. Automated analyzers of coagulation have rendered testing of coagulation quick and effective. Full automation reduces the risk of human error, streamlines laboratory processes, increases efficiency and minimizes turnaround time. Centrifugation separates plasma from the blood sample and adds bovine thrombin. The coagulation analyzer then optically or mechanically detects clot formation.

Point-of-care application (POC) coagulation analyzers are used in early treatment in stroke patients. In fact, the researchers looked at the emergency department (ED) International Normalized Ratio (INR) POC experiments as a time-saving solution to the same test done in the main hospital laboratory, thus reducing patient time. The researchers found that in addition, POC control in the ED saved valuable time in examining patients admitted to the stroke. In the field of coagulation research, peer review reviews and meta-analyses indicate that POC in selectively chosen patients tends to be at least as good as and possibly better than traditional treatment. In comparison, patients tracking their own anticoagulation boost patient satisfaction and quality of life linked to the procedure.

Rapid testing for coagulation provides critical information on the clotting time of a patient. Laboratory testing for coagulation is a big business, too. It is expected to be the fifth largest medical diagnostics market in the world, reaching about $1.3 billion in sales in 2010 and a forecast annual growth rate of 5.1% over the next five years. Biotechnology firms and suppliers are investing heavily in designing future high-tech technologies.

Consistency is described in the pre-analytical process

Quality assurance has converted into a day-to-day demand in laboratories. Consistency is defined by a pre-analytical phase that covers all processes, starting with the formulation of the medical problem, which involves patient preparing, sample selection, handling, shipping, sorting, and storage before examination period more in haemostasis than other biological disciplines. This phase is the most fragile part of the total testing process, based on a variety of manual operations, and is a major component of the reliability and legitimacy of haemostasis tests, and is the most important source of incorrect or uninterpretable findings.

Laboratory on-a-chip (LOC) technology has been a buzzword in clinical pathology for the last few years. LOCs are small devices (measuring a few millimeters to a few centimeters), capable of completing one or more assays with a very small sample and reagent volume. LOCs offer advantages over conventional assays including quicker results due to short diffusion times, lower costs due to small quantities of samples and reagents, and greater portability due to their small size.

The outlook for the coagulant therapy market looks promising. New drugs and innovations offer greater accuracy and timeliness of monitoring and regulation of hemostasis. Scientists and suppliers will make efforts to include antidotes and testing assays in their pipelines. The technological advances, product development along with joint ventures are the key strategies chosen by the operating companies in this market which are boosting the growth of Coagulation Testing Market.

Preview an Exclusive Sample of the Report of Coagulation Testing Market