Airborne sensors are mainly used on aircrafts, unmanned aerial vehicles, helicopters, floating balloons, and jets. Aircrafts with these types of sensors are equipped with infrared cameras and navigation systems to capture images of the earth’s surface. Defense & aerospace and agriculture are some of the applications of airborne sensors. 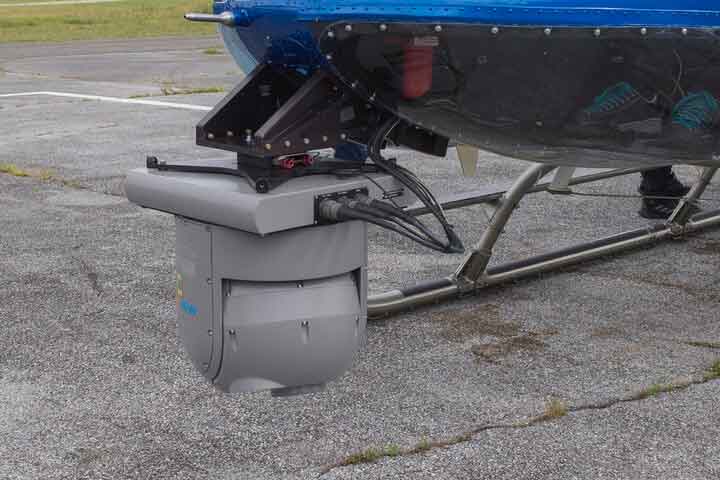 Airborne sensors are those that are installed on aircrafts to capture images of the earth’s surface. These sensors are quite useful in various applications such as defense, agriculture, forestry, environment, mining, mapping & survey, infrastructure & urbanization, and much more. Furthermore, airborne sensors are capable of offering high spatial resolution images of 20 cm or less.

The airborne sensor industry is gaining popularity in the defense & aerospace field, especially for intelligence gathering, surveillance, and reconnaissance operations. The latest report published by Research Dive states, that the global airborne sensor market is predicted to grow at a CAGR of 4.6% from 2019 to 2027 timeframe.

What are Airborne Platforms?

Airborne platforms include airplanes, UAS (Unmanned Aerial System), helicopters, high-altitude aircraft, and free-floating balloons. The range of these platforms can vary from slow-speed aircraft, low flying aircraft (hover below 30,000 feet), to fast-speed platforms. Slow-speed aircrafts consist of light twin engines or single engines and these are useful for capturing large-scale images of the surface. Furthermore, fast-speed aircrafts comprise jet or twin-engine turboprops, and these are used for acquiring images of a wide area.

Some of the perks of using airborne platforms are as follows:

Airborne sensors are surging rapidly in this technologically surrounded world, as they have left their impact on various sectors that are as follows:

Unmanned aerial vehicles such as drones are extremely light in weight, can fly at high altitudes, and are inserted with sensors, infrared cameras, RGB (Red, Green, and Blue) cameras, and navigation systems. These drones pick up raw data and translate it into useful information through algorithms. In the agriculture sector, the monitoring parameters for UAVs are crop health, plant height, water needs, soil analysis, and vegetation indices such as yield or anomaly detection.

The raw data in the form of pictures are sent to the cloud software program, where different maps of parameters are created and according to this map, one can adjust inputs like fertilizers or pesticides. Technology is an essential part of farming as this has the power to optimize both profits and farm productivity.

Airborne sensors capture wide terrains like forests, cities, farmlands, long power lines, rivers, and railway tracks. The sensors are capable of surveying several square kilometers in a single flight and also cover inaccessible areas. One of the perfect examples of mapping & survey would be the spotting of 138 geophysical anomalies at Dotted Lake Property, Ontario, Canada. This finding is based on the survey received by Panther Metals PLC, an exploration company. In December 2020, Prospectair Geosurveys, a Canadian airborne geophysics survey company, carried out seven flights by using a helicopter-mounted with sensors that flew the 818 line-kilometer surveys. This finding is truly remarkable and can bring massive opportunities in the coming years.

Airborne sensors play a crucial role in the defense sector for undertaking functions like intelligence gathering, surveillance, and reconnaissance operations. Continuous research and developments in the aerospace & defense sector are carried out to invent the impossible. For example, in February 2021, researchers at Stanford University invented an exclusive type of sonar to overcome the issue of seeing underwater from the air. This technology is capable of mapping the seabed; detect submarines, mines, and other underwater threats directly from the aircraft.

Apart from this, an article published on militaryaerospace.com stated that Arete Associates, a developer of remote sensing solutions in Northridge, is developing multispectral unmanned aircraft sensor payloads. This has the potential to aid unmanned helicopters to pinpoint and detect beach surf zones and enemy mines for the safe landing of marine soldiers.

How is Covid-19 Pandemic Affecting the Airborne Sensor Industry?

The airborne sensor industry is anticipated to experience slow growth during the Covid-19 pandemic due to the shutdown of factories and disruptions in the supply chain. However, initiatives taken up by governments to reduce the pandemic and contribution by key companies in providing aerial images of the Covid-19 outbreak are estimated to boost the airborne sensor market growth.

Airborne sensors have a wide range of applications and are constantly being developed at an advanced level. These sensors are highly expensive but pose great opportunities for collecting data aerially and utilizing the information for potential applications.

Preview an Exclusive Sample of the Report of Airborne Sensors Market