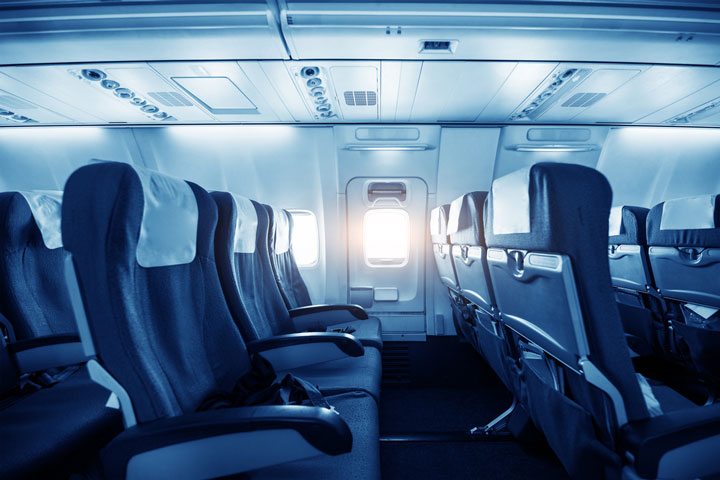 The long and often arduous journeys associated with air flights have compelled airline companies to look into the question of providing seating arrangements or mechanisms that will make the flight journey a comfortable one for the passengers. Aircraft seat actuation systems have been a result of this process of trying to provide airline passengers with a cozy and pleasant flying experience.

How Do Aircraft Seat Actuation Systems Work and How are They Powered?

Actuators can be classified on the basis of the energy source used to power the actuation systems. These include:

As the name suggests, these systems use some form of electric energy to power the actuators which, in turn, triggers the aircraft seat actuation systems. These systems essentially employ an electric motor which drives or rotates a rotor. The rotational motion of the rotor, further generates motion in the drive shaft through the helical screw. The drive shaft and the hollow piston rod, to which the driver shaft is connected, both gain a linear motion due to the ball screw nut, which then helps in adjusting the aircraft seat accordingly.

Hydraulic seat actuation systems derive energy from the hydraulic power, i.e., from the kinetic energy provided by movement of fluids like oil. The hydraulic actuator cylinder is made up of two chambers which are separated by the piston- one chamber features the spring, while the other chamber contains the fluid. Upon increasing the pressure of the liquid, a hydraulic force is created. As soon as the amount of hydraulic force exceeds the spring force, the piston starts moving in the direct of the spring, thereby contracting it and allowing the passenger to adjust the aircraft seat accordingly.

The aviation market is one of the biggest markets that are currently up and running in the world. Though the Covid-19 pandemic created a dent in this industry, the opening up of economies and an end to the travel restrictions has helped the aviation industry to bounce back quickly and register a sort of V-shaped recovery. One of the major developments causing this surge in the airline industry is that the aircraft companies, especially commercial airliners, are bringing about a complete makeover as far as flying experience is concerned. Different commercial airliners have upgraded their sound systems, in-seat power systems, in-flight entertainment systems, etc. by collaborating with the giants of the electronics manufacturing and telecommunications industry.

Similarly, certain airliners have also looked to upgrade the aircraft seat actuation systems used in their fleet. Thompson Aero Seating, a leading supplier of business-class aircraft seating, recently in June 2022, announced the launch of a business-class seat named VantageDUO. The distinctive feature of this aircraft seat is its Immersive Relaxed Position mechanism which works on the zero-gravity principle. The company has claimed that the aircraft seat actuation system is designed in such a way that, upon activating the Immersive Relaxed Position mechanism, the seat actuators elevate and recline the passenger into the seat. It, thus, suspends the passenger in a neutral position, due to which the passenger gets a feeling of ‘weightlessness’ and provides him/her with the ultimate comfort.

Different aircraft seat actuation systems employ different types of actuators based on their operability. Smart seating functionality coupled with principles of ergonomics have helped in the evolution of these systems. As airlines become “smarter” and more passenger-friendly, the demand for these actuation systems is bound to grow.