Drones have received a lot of attention in recent years, for both good and bad reasons. Drones have been used to combat forest fires, to assist in search and rescue operations, or to support law enforcement at absolutely no physical risk. On the other hand, there are also reports of drones spying on unsuspecting civilians, becoming a nuisance in airport runways, or being used as drug couriers. 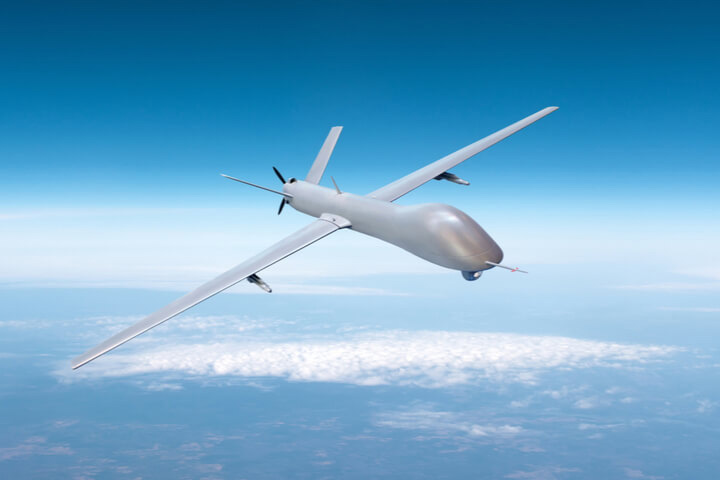 The streets of Venice were filled with happy faces celebrating Festa della Madonna della Salute on a warm sunny day in August 1849. The revelers had no idea that the sky above them would soon bring not only an end to the celebrations, but also the surrender of their country to Austria. Pilotless hot air balloons were used to drop bombs on enemy territories for the first time in war history. After World War I, the technology was further developed, and drones were materialized a few years later.

What is a Drone?

Drones are becoming increasingly popular these days. They are usually referred as small devices, similar to helicopters.

In technical terms, a drone is referred to as an unmanned aircraft. Drones are also known as unmanned aircraft systems (UASes) or unmanned aerial vehicles (UAVs). A drone is a type of flying robot that can be operated remotely or anonymously using software-controlled flight operations in their embedded systems, which operate in conjunction with GPS and onboard sensors.

In the recent past, drones were most often associated with the military operations. In military sector, they were initially used for anti-aircraft target practice. Then, military officials started making the use of drones for intelligence gathering. Airborne drones were used by officials which enabled them to map, photograph, survey, and inspect certain areas where they couldn’t physically go. Today, however, drones are being used in a wide number of sectors like traffic monitoring, agriculture, weather monitoring and firefighting, etc.

8 Key Areas Other than Military Where Drones Are Widely Used

The use of drones is no longer limited to the military sector. Nowadays, drones are being widely used in other sectors like agriculture, healthcare, telecommunication, etc.

As per a report published by Research Dive, the global UAV drone market is estimated to garner a revenue of $55,649.0 million and surge at a CAGR of 19.9% by the year 2027.The increase in the use of drones by several end use industries for operational use is anticipated to be the major driving factor for the global UAV drone market growth in the analysis period, from 2019-2027.

8 key applications of drones are as follows -

Drones are being developed to provide entertainment to players so that they can be used in combat clubs. In a combat club, two contenders and their drones are placed against each other in a cage match. The destruction of any drone player results in the victory of the other.

In addition to this, artificial drone intelligence is used in a number of ways to capture pictures and videos. For instance, dronie, the drone used by people for taking selfies.

Drones are often used to maintain the law. They help to monitor large crowds and ensure public safety. Moreover, they also help officials in tracking criminal and illegal activity. For instance, illegal transportation of drugs via coastlines, fire investigations, etc. are some of the activities that are monitored by the border patrol with the help of drones.

Drones act as a deterrent to poachers. They provide unparalleled protection for animals, such as elephants, rhinos and big cats, a favored target for poachers.

With thermal cameras and sensors installed in the drones, they have the ability to work at night. This feature, enables the drones to monitor the wildlife without disturbing them. Using the data provided by the drones, researchers can get valuable insight about wildlife, like their habitat, hunting patterns, behavior.

Drones are being designed to track hazardous and unpredictably changing weather conditions. As drones are unmanned and inexpensive, they can be sent into hurricanes and tornadoes, allowing scientists and weather forecasters to gain new insights into the disaster’s nature and trajectory. The advanced sensors present in the drones, can be used for detailing weather parameters, collecting data and preventing mishaps.

After a natural or man-made disaster, drones offer a fast way to collect information and navigate debris and rubble in search of wounded victims. Its high-definition cameras, radars, and sensors provide a larger field of view to rescue teams, reducing the need for manned helicopters.

Drones, due to their small size, are able to provide a close-up view of areas effected by disasters, whereas larger aerial vehicles prove inefficient here.

Drones can collect very high-resolution data and download images in difficult-to-reach locations such as coastlines, mountaintops, and islands. They're also used to make 3D maps and participate in crowd-sourced mapping projects.

Drone delivery is favored by major corporations such as Amazon, UPS, and DHL. Drones could save a lot of time and money by transferring traffic from the ground to the air. They can also be used to distribute small parcels, food, letters, medications, drinks, and other beverages over shorter distances.

What does the Dronecode say?

The rise of commercial and personal drones has raised safety issues, such as loss of drone control and midair collisions. Concerns about drones flying too close to commercial planes have led to demands for regulations on the operations of drones.

The Civil Aviation Authority (CAA) in the United Kingdom prohibits drones from flying higher than 500 feet. Any drone that weighs more than half a pound must also be registered with the CAA. The organization's dronecode has also been made public. It is as follows –

Drones have enormous technical potential, and their applications can only expand with time. The only thing to be kept in mind is, users must fly it responsibly.

Most people thought of drones as unmanned aircraft that militaries used to track or target terrorist hotspots a decade ago. Drones are becoming more popular and open to the general public nowadays. Drones are now being used by SMEs, individual entrepreneurs, and large companies to accomplish various tasks.

Preview an Exclusive Sample of the Report of UAV Drones Market