Automotive Voice Command System, the new way to drive your cars is responsibly 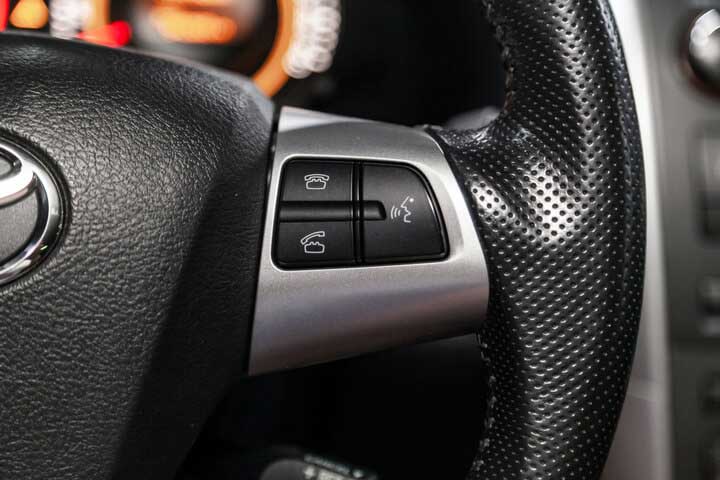 What are Automotive Voice Command Systems?

The days of driving without distractions in our cars from one point to another are gone. While safe driving encourages us to neglect phone calls, email, and text messages, that kind of disconnection is not the reality of the situation. Most speech recognition was motivated because of the need to help keep people protected and still understand the device-related epidemic. The temptation to take our eyes off the road has become second in nature, whether this text message or using your Maps App.

The Automotive Voice Command System is designed to remove distractions from your smartphone while driving. A heads-up display instead allows drivers to keep their hands on the wheel and attention on safety. Firms such as Apple, Google, and Nuance are reorganizing how automobile voice recognition is used. Some of the most common technologies allow customers to locate directions, email, call, and listen to music using only the sound of their voice.

CarPlay introduces the car's touch screen with a security-focused version of iOS. Attach your iPhone and substitute the car's integrated audio system with classic Apple icons. Click the voice button on your steers wheel, and you will be helped by Siri flipping between the works, navigating to the nearest grocery store, and sending texts to your employer, all while you are trapped in traffic. Apple announced recently that Siri & Apple Maps are being opened to programmers. Anything can soon be done via CarPlay, sending messages via WhatsApp, placing calls via Skype, or reserving dinner on the Apple Maps. Siri's completely incorporated into CarPlay is not surprising.

Android still dominates the global smartphone market, so Android lovers feel more at home and are comfortable in pairing their phones with their cars without any hassles. Contrary to CarPlay, Android communicates through a USB cable and afterward uses Bluetooth to make voice calls in the car. All the controls of the vehicle are still disconnected and ready to be used at the same time, so the handset does not "take over.". Android Auto can turn on a unique and vital protection feature once your phone is plugged into the vehicle. It makes your mobile unusable to make sure that you don't drive while using the phone. It does everything for you; you don't need to look at your phone. Let us hope this would lead to less time off the street with your eyes. For content and update, Android Auto depends on the Google Play store.

The household name Nuance may be less than Apple or Google, but they're no less of a deal-breaker. The Dragon Drive Automotive Assistant provides a wide range of apps and services as part of its Dragon Drive network, combined with the speech, web, and communication components of Nuance. The "conversational" interface associated with Dragon Drive can be used by users instantly. Compared to its rivals, it is much more advanced in managing natural speech patterns. Compared to the clinic directions you have to apply for Siri or Alexa, this is a more enjoyable experience. There are also biometric voice capabilities that recognize the user. A big selling point for customers would also be a daily update. Dragon Drive "learns" your actions before even asking for upgrades to suit your needs. This is like a Google-like nest, which automatically "learns" and changes your home to maximize temperature.

In addition to all these larger standardized schemes, automotive manufacturers have been experimenting with their own model methods. Ford's Sync, OnStar GM, and Mini Cooper all have the patented digital system on board. They usually include the telephone and voice of the driver in navigation, fun, and other minimal features in any manner. Sadly, as many automakers have found, it is not always easy to incorporate the full collection of apps. Various information security problems with the linked in-car network are also involved.

Regardless of where recognition of speech in cars goes next, customers can be confident that health and comfort are the priority. Moreover, it isn't terrible for tech firms to attract consumers to a company with new bells and whistles. Drivers must note that voice activation doesn't mean 'distraction-free.' It is up to them not just to keep their eyes on the road as marketers reassure us with promises of improved protection. Your Auto Voice Command System relies on your dataset for its output. Find out how the in-car voice communication systems can be helpful for the automotive Voice Command System market.

How Automotive Carbon Wheels Add Purposeful Features to the Vehicles to Experience Enhanced Overall Performance and to Save Energy?

Turbocharger: A Key for Uplifting the Overall Vehicle Performance