Key Changes in EVs and Public Perception of the Reduction of Carbon Footprint Are One of the Main Factors of The EV Charging Infrastructure Market.

Over the last few years, the researchers ' attention has been taken from experiments relating to the optimum positioning and dimensioning of EV charging stations. Scientists have used different approaches, objective features and complex optimization algorithms to address the problem of placement in charging stations. 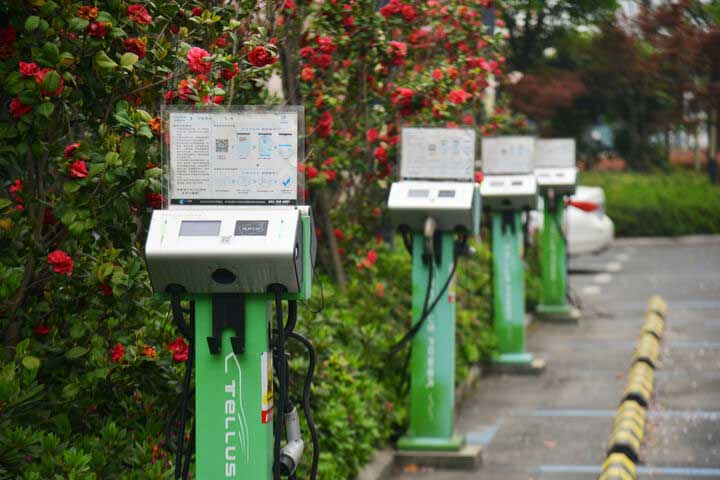 The environmental concerns and the fossil fuels for their exhaustive nature associated with greenhouse gasses are the main reasons for the paradigm shift from orthodox to electrical vehicles (EVs). The electrification of the transport sector and the increasing popularity of EVs have led scientists and researchers to explore charging stations. The most important concerns are the ideal location of charging stations, underdeveloped charging infrastructure, charging schedules in charging stations; regarding the large-scale deployment of EVs.

With a well-developed charging infrastructure, even a few issues relating to EVs, such as vehicle price and driving range, can be partially addressed. Existing old infrastructure may impose serious limitations on the optimal location of charging stations, as there were no EVs at the time of construction of the road and grid infrastructure. For the last few years, the researchers ' consideration has been drawn from studies related to the optimal placement and dimensioning of EV charging stations. The researchers used different approaches, objective functions, and specific optimization algorithms to address the problem of positioning in charging stations.

The design of EV charging station networks has recently been widely discussed by many researchers in both industry and academia from a variety of perspectives, such as: modeling the needs of EVs charging; considering preparation objectives and scenarios, such as number of stations, positions and cost factors, and in terms of solution algorithms. The location of the charging station will take into account the health of the power distribution network as well as the convenience of the EV customer. One of the factors affecting the EV market in India is the lack of easily accessible charging stations. The Government of India has therefore recently begun to take a number of steps to build safe and easily accessible charging stations. Inappropriate location of charging stations may influence the smooth operation of the power grid, resulting in voltage instability, increased power loss, harmonics, and lower reliability indices.

Motivated by recent concerns about environmental pollution and the energy crisis, we are trying to formulate and resolve the issue of charging stations in Guwahati City, India. Guwahati is one of the smart cities of the coming years. It is therefore expected that a large number of EVs will be used on the roads of Guwahati in the future, resulting in the need for charging stations. It is recognized that the question of locating the charging station is a multi-variable design issue involving several non-linear target functions and limitations.

Location of The Charging Station Is an Intricate Problem

In fact, pulling significant amounts of electricity from the electrical grid would raise the distribution costs, particularly during peak hours, and will, therefore, increase the cost of the system. With the advancement of human culture, energy and environmental issues have become extremely serious: increasing energy consumption, the comprehensive existence of fossil fuels, and CO 2 pollution are among the major threats. There is a universal consensus that transport electrification, exemplified by electric vehicles (EVs), must be implemented worldwide to achieve the objectives of sustainable development and a low-carbon economy in the transport sector.

Tesla Superchargers are considered completely for Tesla cars, meaning that a non-Tesla EV does not meet with the Supercharger stations. However, every year, Tesla drivers earn 400 kWh of free Supercharger credits, enough to travel 1,000 miles. The amount of "Superchargers" is one of the main selling points for Tesla electric vehicles. Such super-fast charging stations will charge the Tesla batteries in approximately 30 minutes and will be located across the U.S. mainland.

What is an Automotive Infotainment System and What are Its Main Components?

4 Types of Vehicle Exhaust Hoses You Should Know About

What are the Reasons for the Exponential Increase in Demand for Automotive Semiconductors?