The growing prevalence of 5G network is surging the demand for modern 5G smartphones due to its immaculate ability to provide the users with high-speed internet access, better download and upload speed, aid seamless navigation through multiple applications on smartphones with lower consumption of power that will subsequently enable users to use the smartphone for a longer time on a single charge. 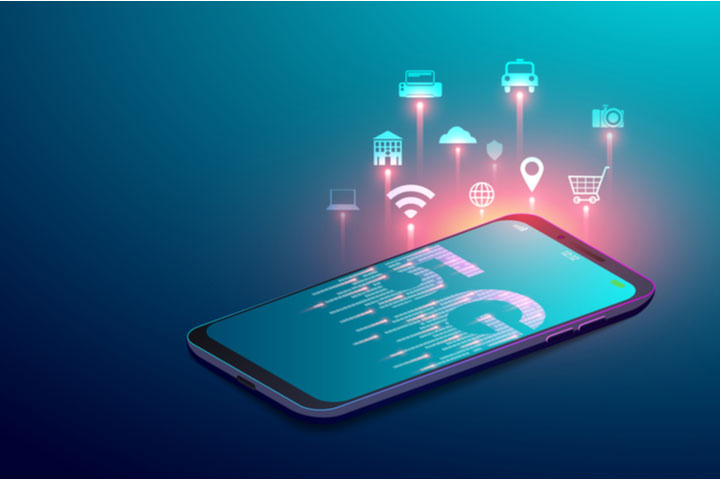 There has been a lot of buzz of the latest 5G devices over the last couple of years due to the significant efforts and initiatives taken by the telecommunication companies to make the enhanced service available to the people. Hence, persistent trials and investments in the 5G infrastructure was witnessed in past couple of years, which made the people increasingly awaited about the upcoming smartphones. Their requirements and demands subsequently increased, which made them inclined towards reliable and compatible smartphones that are equipped with a greater number of 5G bands. This has enforced the smartphone manufacturers across the globe to incessantly focus, design, develop, and manufacture quality 5G smartphones for the customers. Smartphone manufacturers have innovatively priced the modern 5G smartphones, making it considerable economical to the people. Earlier, the smartphone manufacturers included the support of 5G only in their flagship phones, but now they are also launching and introducing affordable smartphones with 5G support. This is increasingly creating a stir in the minds of the customers to switch to 5G phones for maximum speed and efficiency. According to the report published by Research Dive, the global 5G smart phone market is expected to generate a revenue of $6,574.7 billion by 2028, growing exponentially at a CAGR of 124.4% during the forecast period 2021-2028.

There are numerous perks of switching to a 5G smart phone. One of the foremost benefits of switching to a 5G smart phone is its enhanced speed and efficiency. Every type of new wireless network has given us rapid speeds, and 5G mobiles will further push past the 4G limitations to provide users with enhanced speeds. This substantial optimization in internet speed will not only favour consumers, but also a number of businesses due to seamless automations in factories and outlets through smart phones. In addition, 5G compatible smart phones have a much lower latency when compared to 4G smart phones. Latency basically refers to the time it takes for a signal to traverse to the receiver from the source and then back to the source. Thus, a powerful 5G smartphone operating in an appropriate bandwidth will not take more than five milliseconds to run a convenient round-trip of data transmission.

Furthermore, 5G smartphones are equipped with a greater number of enhanced bandwidths that have a higher network capacity for transmission of larger amounts of data when compared to the 4G smart phones. In addition, 5G smartphones are immaculately designed for handling conventional spikes and network traffic. Thus, users can enjoy high download and upload speed, apart from providing seamless navigation through multiple applications on smartphones with lower consumption of power.

The Way Ahead for 5G Smart Phones in the Coming Years

The outbreak of COVID-19 has had a slight downfall on the demand for 5G smart phones across the globe, owing to the prevalence of lockdowns in numerous countries across the globe. Lockdowns led to the large-scale closure of manufacturing operations of consumer electronics worldwide during the pandemic. There was an immense shortage of 5G chipsets in the industry, which led the prominent smart phone manufacturers to suspend their operations. But persistent 5G network trials by telecommunication companies, growing demand for IOT and connected devices, and impressive benefits offered by 5G smart phones are expected to create tremendous opportunities for driving the demand for 5G smart phones in the coming years.