What are the Types of Biohazard Bags and How to Handle Them?

Biohazard bags are used to collect, compile, pack, and dispose the harmful and infectious wastes that are generated by the clinical laboratories, healthcare facilities, and pharmacy industries. The biohazard waste is segregated and put in different types of bags like autoclave, red and yellow biohazard bags. 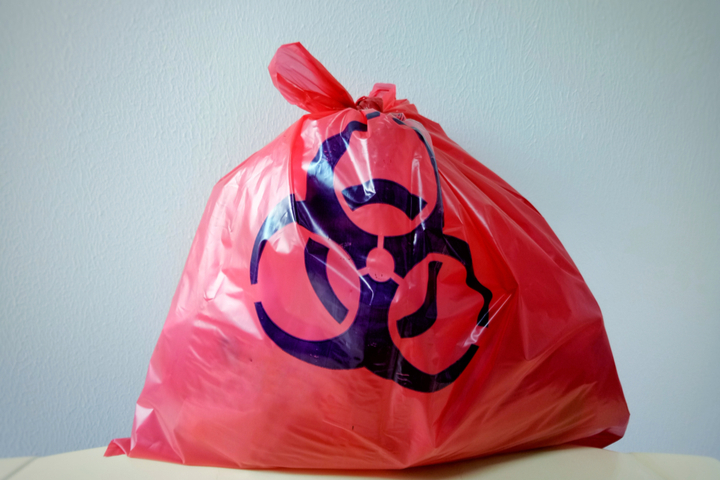 There are certain waste materials that possess the capacity to harm humans and the environment dangerously. Therefore, the need to contain them becomes a priority for everyone. Such harmful materials are termed as biohazardous wastes that are usually found in clinical laboratories, healthcare facilities, pharmaceutical industries, and research facilities. The containers used to seal off biohazardous wastes are known as biohazard bags.

What are Biohazard Bags?

The name itself is a self-explanatory term that accentuates upon the word biohazard. The necessity to collect, seal, and dispose the toxic waste has been elucidated by all the scientists, health practitioners, and environmentalists. Therefore, such contaminants are collected in special type of bags called as biohazard bags that are made up of high density polyethylene, polypropylene, plastic, and polyethylene.

These bags are popular with all the healthcare departments, especially in the times of the Covid-19 pandemic. The demand for the biohazard bags to caste off waste from the coronavirus infected patients has enhanced drastically in the past seven months. According to a report published by Research Dive, the global biohazard bags market will cross the $469.1 million mark by 2027, owing to the increase in its usage in all the medical facilities.

There are different categories of bags used for containing various types of biohazard materials. The significant biohazard bags that are preferred by all the sectors dealing with detrimental waste are mentioned as follows:

These types of bags are commonly used to segregate noxious materials from the uncontaminated ones. The red biohazard bags are used to collect pathological wastes and only those objects that have blood on it. Commonly included contaminants are anatomical wastes and body fluids like semen, tissues, saliva, animal carcasses, and organs. Apart from this, dresses that are soaked in blood, specimen swabs, toxic medical equipment, and infected gloves are also gathered and sealed off in this type of biohazard bag.

Avert putting wastes like alcohols, chemicals, solvents, lead, radioactive wastes, wrappers of food, and pharmaceutical effluents in the red biohazard bags as they aren’t designed to handle such wastes.

Such bags are utilized for disposing chemicals, infectious clinical materials, and pharmaceutical medicines. Moreover, dressings, swabs, tissues, aprons, soiled gloves, nappies, and pads are also collected and packed in yellow biohazard bags. Some other uncommon objects such as IV (intravenous) lines, fluid bags, syringes, and metallic parts are also a part of biohazard waste that go into these bags.

Things such as anatomical wastes, placental remains, pathological trash, domestic litter, and non-infectious rubbish are not included in the yellow biohazard bags.

These bags comprises of colours like red, yellow, and transparent that helps in distinguishing the type of waste that goes in each one of them.

The autoclave biohazard bags consist of special features that are enlisted as follows:

Dos and Don’ts while Dealing with Biohazard Bags:

Like every systems, devices, and technology; the biohazard bags too have a strict protocol that is to be followed while handling them. The major rules are as follows:

What Kind of Poisonous Waste Goes in the Biohazard Bags?

Any contaminated material that is highly infectious and can harm an individual is compiled and discarded in the biohazard bags. Some of the prominent noxious items are as follows:

Preview an Exclusive Sample of the Report of Biohazard Bags Market