What is the Importance of Using a Biohazard Bag?

The proper disposal of medical waste is becoming an emerging concern for society. These wastes are contaminated with potentially infectious agents or materials that may cause a threat to the public health environment. A solution to this problem, biohazard bags are designed to collect and dispose of these hazardous materials safely without causing harm to outsiders. These bags are available in different colors to segregate the biohazardous waste and allows proper disposal process. 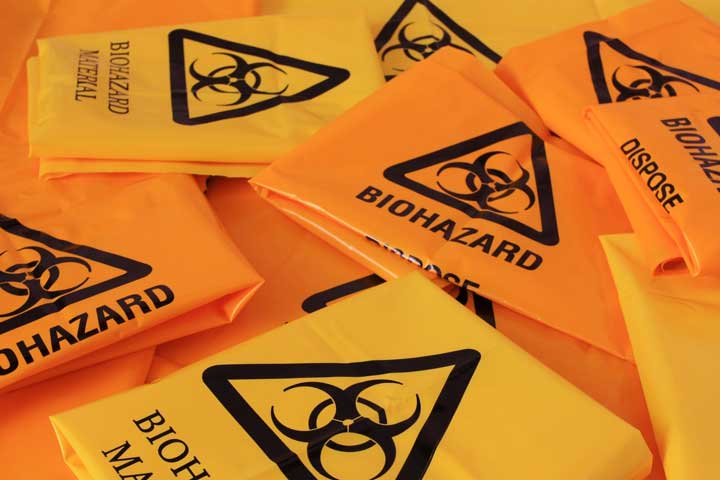 In our surroundings, there exists waste in various forms, however, there are certain waste materials that can critically affect human beings and the environment. Such waste is called biohazardous waste which is generated from healthcare facilities, such as clinics, hospitals, laboratories, blood banks, and many more. This waste includes used and discarded syringes, needles, blood, bloody fluids, human tissues, hospital radioactive waste, and many others. Biohazard bags are designed to collect these wastes containing infectious materials or pathogens, segregate them, and allow them to dispose-off safely.

With the increased volume of medical waste and the need for proper disposal of hazardous waste and medical waste, the global biohazard bags market is predicted to experience significant growth in the approaching years. The market is anticipated to generate a revenue of $679.1 million and rise at a CAGR of 6.38% during the estimated timeframe from 2022 to 2030. The major players of the market include SP Bel-Art, Daniels Health, BioMedical Waste Solutions, LLC, Transcendia, and many more.

What is the Purpose of Using a Biohazard Bag?

Biohazard bags are available in the market with various pre-printed symbols and in different colors, such as red, yellow, blue, and black according to their intended use. There are many rules and regulations for using biohazard bags depending on the contents and purpose. The main motive behind using a biohazard bag is to prevent the environment and humans from getting contaminated by the wastes containing infectious agents. If an individual or medical staff disposes off medical waste in a normal garbage bag, there exists a huge possibility that the hazardous materials would leak into our water system. Moreover, the improper disposal of these infectious materials creates a huge risk for local wildlife getting deadly diseases and making personal injuries to human beings. Therefore, biohazard bags are an imperative initiative for the safe disposal of biohazardous waste.

What Goes Inside a Biohazard Bag in a Medical Laboratory?

What Points Should be Noted while Handing Biohazard Bags?

Though the biohazard bags are designed to dispose off hazardous waste properly, however, their handlings also hold a major role. Here are some vital points that should be followed while handling red and yellow biohazard bags:

When Should an Individual Use a Biohazard Bag?

One should use a biohazard bag when he or she comes across biohazardous waste. Following are some checklists that can help an individual to consider using a biohazard bag:

Biohazard Bags: An Eco-Friendly Solution for a Healthy Environment

As biohazard bags are biodegradable, they have no harmful impacts on our environment. Moreover, these bags are very much effective in collecting, segregating, and appropriately disposing of various biohazardous waste. Nowadays, regulatory authorities of states have started providing a more specific definition of materials that fall in the category of biohazard wastes. Such initiatives encourage consumers to choose biohazardous waste disposal methods that reduce the risk to their community and motivate them to maintain a healthy environment.

Preview an Exclusive Sample of the Report of Biohazard Bags Market