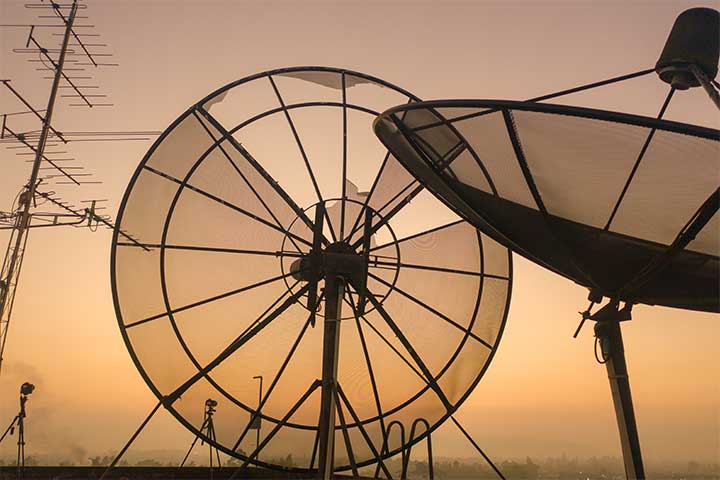 The number of active satellites have grown massively since they were first introduced to the Earth’s orbit in 1957. Presently, there are more than 2,000 active satellites in the orbit and many of these satellites collect valuable data with data analytics to help humans to monitor crops, plan infrastructure, and respond to natural catastrophes. Besides, remote sensing data helps in providing essential as well as critical information for monitoring many applications such as change detection, image fusion, and land cover classification. It is an important technique to get information relating to the resources and environment of Earth.

There are hundreds of applications for satellite date services. Today every sphere of life, civil defense operations, government decision making, and many more are influenced by satellite imagery in particular and satellite data services. As per a latest report by Research Dive, the global satellite data services market is predicted to generate a revenue of $22,431.6 million by 2028, increasing from $8,357.9 million in 2020. The increasing need for satellite imaging from various industry verticals such as agriculture, construction, mining, oil & gas, and others are the major factors expected to boost the growth of the global satellite data services market. However, the outbreak of COVID-19 negatively affected the market growth in 2020 as imagery and analysis services are were impacted due to delays in satellite production and launches.

Satellite imagery influences many local & global processes and various industries. Getting the accurate information from the satellite data helps to understand the changes happening in the world on an hour-to-hour and day-to-day timescale. Synthetic aperture radar (SAR) imagery shows the current scenario and also helps in predicting changes in long-term.

The wellbeing of humans greatly depends on the state of the Earth resources. Thus, to rapidly react to changes occurring around the planet & humans and to effectively manage land resources, governments and various corporations need to have access to a reliable data, which will not be conditional on atmospheric changes. According to National Aeronautics and Space Administration (NASA), about half of the total land area is usually covered with clouds. For instance, there is mainly a cloudy zone over the equator which is time and again covered with thick clouds, inhibiting optical remote sensors to picture the land below on a regular basis.

The land applications of satellite data range from forest mapping and agriculture monitoring to urban infrastructure surveys. The information is applicable for business specific, governmental, and non-governmental needs. The most important applications are:

For land, the three major benefits provided by satellite data services are as follows:

About 71% of the Earth’s surface is covered with water. The technologies available today have been stretched to their limits and are absent in their frequency of reliable imaging for a broad range of maritime uses. Only limited or partial portions of information can be obtained from the ground, and therefore satellite monitoring solutions is almost the only solution to provide timely and reliable results.

The sea applications of satellite data range from iceberg and weather monitoring to the tracking of sea traffic and man-made or natural catastrophes, like oil spills and tsunamis. This information is applicable for governmental, non-governmental, and business specific needs. The most significant applications are as follows:

For maritime, the three major benefits provided by satellite data services are as follows:

The space sector is increasingly adopting advanced technologies such as artificial intelligence (AI), cloud computing, and machine learning (ML). This is resulting in growing usage of satellite data in the development of connected vehicles, smart cities, and rise in New Space movement. All these factors are expected to offer lucrative opportunities for the satellite data services in the coming future.