Nowadays, every nation is paying more attention to its national security due to the increasing terrorist activities and cross-border conflicts. Furthermore, there are many other rising conflicts inside nations like domestic violence, political conflicts, and many others. Self-defense is also becoming a major concern nowadays with increasing criminal activities. These factors drive the ammunition market to broaden their segments for the production of effective weapons and ammunition worldwide. 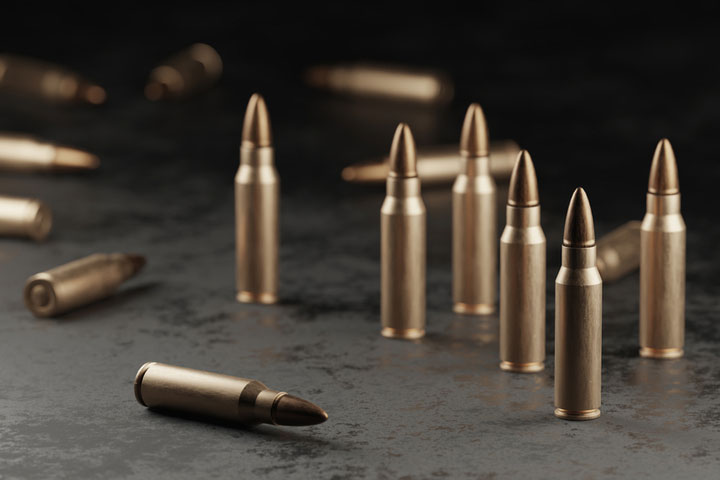 With the span of time, most of the nations are becoming powerful in terms of safety and security. Nowadays, the political and cross-border atmosphere of many countries is not stable. There is an increase in terrorist activities, cross-border conflicts, political issues, criminal activities, threats to lives, domestic violence, and many more issues. This makes nations think deeply about strengthening their ammunition base to face these rising issues boldly.

There are many forms of ammunition, starting from a .22 caliber bullet to GPS-based missiles for explosions. Any firearms require ammunition for their functioning, rather, they are just useless pieces of metal. Before, moving deep into the roles, differences, and benefits of ammunition, let’s have a focus on the fundamentals first.

Ammunition, which is commonly known as ammo, is the type of material which are used by a weapon to fire, scatter or drop at a particular target, individual, or location. Ammunition can be an expandable weapon such as bombs, missiles, land mines, or grenades, and also can be a single component of the weapon such as bullets. Generally, ammunition is classified on the basis of its sizes, types, and functionality. There is some specialized ammunition that is specifically designed for some particular reasons such as armor-piercing shells or tracer ammunition. These are used only in certain circumstances when some specialized effect is needed on the target. The most important point is every ammunition is colored in a specific manner to avoid accidents and inappropriate activities.

What is the Basic Difference Between Ammunition and Munition?

Basically, ammunition includes shells, powder, fuses, and bullets, and the munition includes everything such as guns, revolvers, rifles, special arms, bombs, and missiles. More clearly, munitions are those weapons that need ammunition to operate. For, example, if a gun is a munition then the bullets are the ammunition used in it.

What are the Enormous Benefits of Storing Ammunition Properly?

The Future Landscape of Ammunition Market

Due to the rise of the Covid-19 pandemic, the stringent lockdowns, tight restrictions in transportations, disrupted the supply chain providing raw materials for the manufacturing and also some other components required for assembling. These factors hampered the global ammunition market moderately. However, the implementation of the industrial internet of things (IIOT), 3D printer technology, are becoming advantageous for the growth of the market. The global ammunition market is envisioned to grow at a CAGR of 3.7%, by generating revenue of $19,882.4 million in the 2021-2028 timeframe.

With the evolvement of various sports using rifles, growing demands of using smart guns with additional features of smart locking of weapons to avoid accidental firing, rising investments of nation’s governments in the defense sector to strengthen the base with a variety of weapons and ammunition for land and maritime security, are some the key components which will drive ammunition market in near future globally. In addition, the implementation of technology to reduce the manufacturing cost are some important areas where scientists and researchers are working to bring the innovation for a better outcome of ammunition market.

Preview an Exclusive Sample of the Report of Ammunition Market