In recent years, there has been an increasing rate of cardiovascular diseases among millennials worldwide. In previous times, heart diseases were rare; however, now with growing stress in life, sedentary jobs, bad food habits are some major reasons behind growing heart diseases. A pacemaker is a practical and effective solution for individuals to sustain life with chronic heart problems. This device basically, helps in delivering normal heart rates which further results in proper blood circulation throughout the human body. 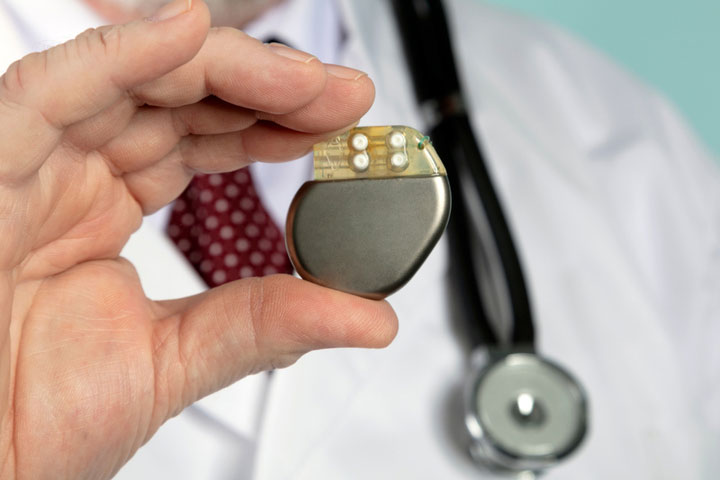 The human body is quite mysterious. The proper functionality of each organ is important for a healthy body. Among all organs, the heart is a crucial that plays a major role in the well-functioning of the human body. We generally think that eating oily food may cause heart problems, however, it is not the only reason. Stress, excessive smoking or alcohol intake, dietary supplements, high blood pressure are also some vital factors causing heart problems. There is no such particular age group for heart diseases. The prevalence of chronic heart diseases is increasing among young people. As a solution to these rising cardiovascular diseases, pacemaker contributes a big hand in enabling people to survive critical heart diseases. Before moving towards the numerous benefits and needs of pacemakers, let’s begin with the fundamentals first.

What is a Pacemaker?

A pacemaker is a small electronic device that is usually placed in the chest to prevent the human heart from beating extremely slow. The device is implanted into the human body with surgery to regulate a normal heart rate. Basically, the occurrence of heartbeat is an electrical phenomenon, in which the heart act as a pump to stimulate the flow of electric impulse through the nerves within a specific circuit. When there is a problem in this electrical conduction system of the heart, then a pacemaker is needed to deliver a proper response, which the heart used to do.

Generally, a pacemaker consists of three major parts, which are as follows:

Who Specifically Needs a Pacemaker?

There are different parameters and factors to know the need for a pacemaker in the human body. Some of the major scenarios are discussed below:

What are the Major Benefits of Pacemakers?

Mostly, people ignore common symptoms such as dizziness, often fainting, light-headedness, and many others. One of these symptoms may be a reason for the malfunctioning of the heart. So, with early diagnosis, a pacemaker can help in normalizing heart rates to function well. A lot more benefits of pacemakers are listed below:

Future Landscape of the Pacemaker Market

With the increasing frequency of cardiovascular diseases worldwide and the growing development and launching of new pacemaker products, the global pacemaker market is expected to observe an inclining growth in the near future. The market is expected to generate a revenue of $6,447.5 million and rise at a CAGR of 5.5% over the estimated timeframe from 2021-2028. However, due to the outbreak of the Covid-19 pandemic, the market has experienced a negative impact, because of delaying in the heart disease treatment.

Researchers say that a pacemaker is a boon for people having heart problems. They say, if someone is having a pacemaker and is diagnosed with other unrelated conditions of the heart, such as cancer, then the pacemaker will help in extending the years of the patient’s life. With continuous research and development in the innovation of new pacemaker products, it can be expected that human life can be protected effectively from the severity of heart disorders.

Preview an Exclusive Sample of the Report of Pacemaker Market