How has COVID-19 Impacted the Neonatal Ventilator Market?

The rising ubiquity of respiratory issues among infants has subsequently affected the neonatal ventilator market. Due to the increasing number of Covid-infected infants and adults, there has been a substantial growth in the demand and adoption of neonatal ventilators. The upcoming technological advancements in ventilators will not only be cost-efficient but will also be highly effective. 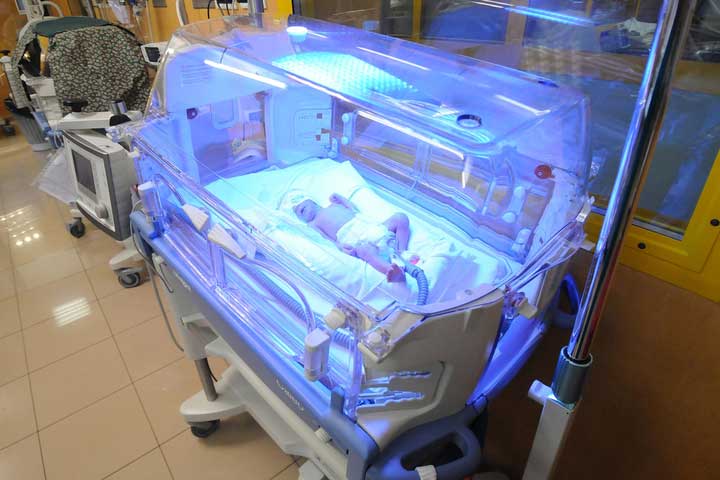 Nutritionally deficient, preterm, and low weight birth babies are susceptible to adverse health problems, and hence require professional vigilance. Due to the rise in population, there has been a significant rise in health issues of newborn babies. According to WHO, about 15 million babies experience preterm birth every year and approximately 1 million babies die every year because of issues related to preterm birth. Preterm infants have a greater possibility of getting cerebral palsy, hearing and sight problems.

What is a Neonatal Ventilator?

Neonatal ventilator is a medical device that aids in maintaining proper blood gas levels in critically ill preterm babies. These devices are used for newborn babies having trouble breathing and have a serious problem with their lungs. A neonatal ventilator helps deliver oxygen to the infant generating a positive pressure in the lungs of the infant who is not able to breathe on its own. The ventilator smoothly supports the infant’s respiratory system curbing any long-term harm to the lungs.

There has been a rapid increase in the number of cases of respiratory diseases among both adults and infants. Therefore, proper professional vigilance and efficacious ventilators are vital for the survival of infants. Along the last few years, the neonatal intensive care unit has gone through a series of developments and advancements which has maximized the efficiency of the overall treatment. The government has also taken notable initiatives towards avoidance and proper treatment of respiratory diseases.

Furthermore, the reach of neonatal ventilator is widening day by day due to increasing awareness about treatments available for different chronic ailments among people and healthcare experts even in rural areas. Therefore, hospitals all around the globe are adopting advanced ventilators like the non-invasive ones to efficiently cater it to critically ill infants or adults.

Impact of COVID-19 on the Neonatal Ventilator Market

The neonatal ventilator market has witnessed enormous growth during the outbreak of COVID-19 due to the constant demand for ventilators in case of covid-infected infants and adults. On top of that, there has been sudden unavailability of neonatal ventilators due to large-scale surge of covid-19 cases in certain countries. The global crisis consequently accelerated the demand for different medical services, beds, and ventilators for newborns and adults, and protective tools for healthcare professionals.

Major Players in the Market

Opportunities in the Neonatal Ventilator Market

Technological advancements in the neonatal care sector can save millions of infants around the world, thus decreasing the overall mortality rate. Hospitals are already adopting high frequency ventilators for neonatal care as they are secure, reliable and much more potent in terms of treatment against critical chronic diseases in case of infants and adults.

Preview an Exclusive Sample of the Report of Neonatal Ventilator Market