Left atrial appendage (LAA) is a small and ear-shaped sac in the muscle wall of the top left chamber of the heart called as the left atrium. Normally, the LAA closure is done by two types of devices such as endocardial and epicardial LAA closure devices. A number of devices are available in the market and globally, WATCHMAN, LARIAT, and Amplatzer device are the most commonly used for LAA closure treatment. Furthermore, as COVID-19 directly affects the respiratory system and heart it is high in demand and is thus, positively impacting the global market. 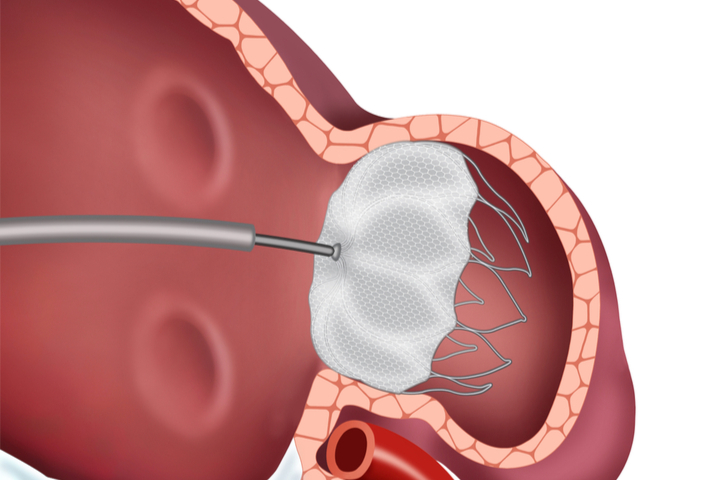 Left atrial appendage closure or LAA closure is a treatment that minimizes the risk of entering LAA blood clots to the main blood stream. It lessens the chances of non-valvular atrial fibrillation (AF) and strokes. Left atrial appendage closure device are also used to reduce the risk of thromboembolism. The LAA closure is normally done by two types such as endocardial LAA closure devices and epicardial LAA closure devices. The implantation of this device is generally performed under anesthesia with trans-esophageal echo (TEE) guidance. These devices are used with anticoagulants and other blood thinning medications to improve the effectiveness of the LAA closure in the patients.

The left atrial appendage is occluded by the LAA closure devices, thereby closing it off to the blood circulating over the LAA/left atrium, thus, reducing the risk of thromboembolism from the LAA. If a patient is at risk of developing clots in the LAA/left atrium, the doctor may recommend a procedure to seal off the patient’s left atrial appendage. This helps in eliminating the need of taking blood-thinning medication and reduces the risk of stroke.

There are several devices that are popular and available for closure of the left atrial appendage used by the doctors. As per the Research Dive analyst review, a number of companies across the globe are introducing novel LAA closure devices in the market. Some of the most popular devices that are being used since a long time include:

The WATCHMAN LAA closure device has been approved by the U.S. Food and Drug Administration (FDA) in March 2015 and is the most popular device used by the doctors. This LAA closure device reduces the risk of thromboembolism from the left atrial appendage in patients with non-valvular atrial fibrillation (NVAF) who have the approval of physician to take warfarin, are at high risk of stroke and for whom anti-coagulation therapy is recommended, and have a proper reason for treatment with a non-medication alternative to warfarin.

The WATCHMAN Device is a self-expanding, parachute-shaped device that closes the LAA. Until now, this device has been tested in several studies that showed a good alternative treatment for patients who are not tolerant to treatment with warfarin. The WATCHMAN LAA closure device is implanted percutaneously through the skin in the EP (electrophysiology) lab with an anesthesia.

Amplatzer plug device has been used in Europe since 2008 and hence, is the most popular LAA closure device in the region. Amplatzer has made LAA devices to close holes in the septum of the heart for some time. In Amplatzer plug devices, a catheter is advanced across the spectrum to the left atrial appendage by inserting it through a vein at the groin. The AMPLATZER Cardiac Plug (ACP) is a self-expanding nitinol LAA closure device that consists of a proximal disk and a distal lobe, each with a sewn polyester patch connected by a short central waist. The ACP has a Conformitè Europëenne (CE) mark, but it has not been approved for use in the U.S.

The LARIAT system device requires both endocardial and epicardial approaches to occlude the left atrial appendage. This device has been used as a LAA exclusion device and has the U.S. Food and Drug Administration (FDA) approval as a tissue closure device. The initial study of LARIAT device was performed for one year from February 2010 to 2011 in 21 patients with atrial fibrillation (AF). The LAA was occluded in 100% of patients. There were no strokes reported during the follow-up period.

As per a Research Dive published report, the COVID-19 pandemic has positively impacted the global left atrial appendage closure devices market. The increasing geriatric population and the rising cases of COVID-19 as it directly affects the heart, are the major factors for the global market growth. In addition, product launches, technological advancements, and approvals from regulatory authorities during the pandemic is estimated to propel the market growth. For instance, in June 2020, Boston Scientific Corporation received FDA approval for its new diagnostic device, “LUX-Dx Insertable Cardiac Monitor System.”

Furthermore, the global market is projected to observe a robust growth after the pandemic situation majorly owing to the rising ambulatory centers across the globe and technical advancements in LAA closure devices. In addition, the growing focus of major market players on introducing novel devices in the industry is expected to impel the market growth post COVID-19 pandemic.