Mini LEDs can be rightly called as a progressive technology rather than ground-breaking technology. It is a technology that attempts to upgrade the traditional LCD displays with an aim to provide an enhanced contrast ratio and deeper blacks. It promises to be a finest technology – just as OLED. 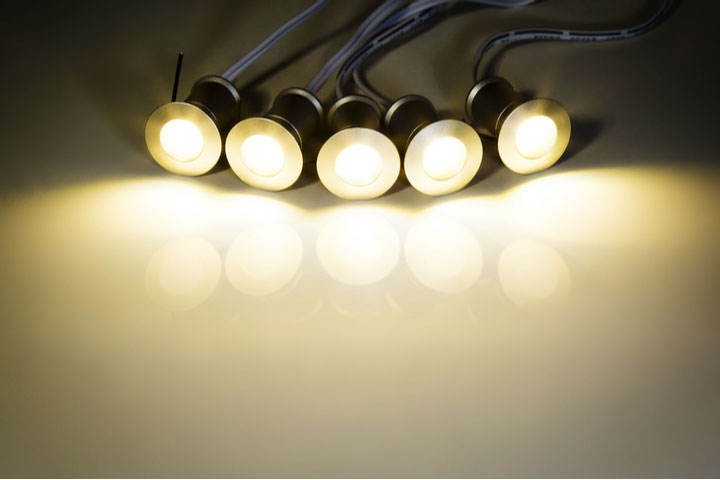 Mini-LED displays are the newest trend in the TV industry trying to make their footmark among many others. And the most talked-about factor about them is that their reasonably price. This new technology offers deeper blacks and enhanced contrasts. Let’s quickly get through and understand what this new technology is all about.

Mini-LED is a novel display technology that assures deeper blacks and enhanced contrast ratios as compared to LCD panels that use traditional LEDs (light-emitting diodes). The name itself implies that mini-LEDs are much smaller than normal LEDs.

Usually, diodes that are lesser than 0.2 mm are classified as mini-LEDs. These diodes are used to light a normal LCD panel in the same way as it does in a traditional LED-based TV. The major difference among them is that many mini-LEDs are installed in this type as compared to old-fashioned TVs.

Even though mini-LED technology cannot perfectly compete with the image quality of a micro-LED or OLED display, they are considerably affordable to manufacture. The bigger the panel, the more are the savings.

What’s the Difference between Mini-LED and Micro-LED?

Compared to mini-LEDs, micro-LEDs are smaller in size. In a Micro-LED based display, every Micro-LED is fitted in a single pixel. Samsung, has avoided using Mini-LED and instead opted to use Micro-LED. It has used three minute LEDs for each pixel in its latest Micro-LED displays. Hence, every pixel can be switched on or off separately and emit a distinct color to the pixels besides it.

Eventually, this offers the paradigm with regards to color control and contrast ratio. The downside here is that micro-LED displays are still very costly to manufacture. 25 million micro-LEDs is required for a 4K micro-LED TV, and the process of its manufacturing is also complex and costly. This technology isn’t so far worthwhile due to the expenses incurred in its manufacturing.

Which TV brands are onboard?

At present, TCL is the only TV Company involved in developing Mini-LEDs. This was the first one to enter into the Mini-LED market last year with two Mini-LED models making up its 8-Series. The 8-Series Mini-LED TVs integrate LCD technology and Quantum Dot, combining 25,000 LEDs right into the glass substrate of the panel.

In January 2020, at CES, TCL was strong enough to hold onto the Mini-LED technology. It boasted its first ever 8K Mini-LED TV – also part of its flagship 8-Series – and declared that a more advance version of Mini-LED model with reasonably less price is expected to launch as part of the 6-Series range by the end of 2020.

The Mini-LED technology is still in research & development phase and hence, it is difficult to express how it will be priced compared to OLED. Some TV manufacturers are expected to skip this technology altogether. However, there is no doubt that Mini-LEDs would provide a competitive substitute to OLED, by taking in some of its features and cutting the cost involved with its large panels. As each pixel does not generate its light in Mini LEDs, the sharp contrast and deep blacks are not comparable with OLED. But they are still significantly upgraded over the traditional LEDs. For bigger panels, you can literally save thousands of dollars by choosing mini-LEDs.

The Future can be bright as well as gloomy

In the end, there are a few things you should pay attention to when purchasing a TV, but do not go off track and miss the important points: your budget and looked-for panel size.

Preview an Exclusive Sample of the Report of Mini LED Market