Dominance of Handheld Thermal Cameras in Security and Law Enforcement

Thermal cameras are in high demand for purposes like law enforcement and security surveillance due to its feature of detecting temperatures with no requirement of any light. Although many might consider night vision goggles as an alternative to handheld thermal cameras since both serve the same purposes, these two differ in many ways. 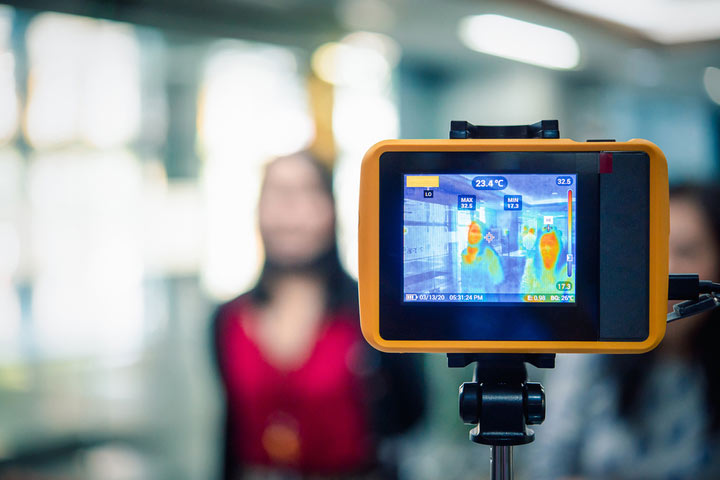 Several technological advancements are currently swirling around handheld thermal cameras, making them lightweight and further compact to fit in the palm of our hands. And with the global thermal camera market predicted to garner a revenue of $19,303.9 million in the 2021-2028 timeframe, the future of these handheld imagers shows a sign of growing affluence. Although professionals are aware of their working and applications, the audience is still a bit dubitable about the thermal camera arena.

A handheld thermal camera is a tool that utilizes high sensitivity IR detector along with cutting-edge infrared technology and a user-friendly design. Bodies of such thermal cameras are ruggedized and are constructed with heat and water-resistant materials that enables user to witness the specific environment with or without visible illumination. From predictive maintenance to troubleshooting actual defects, handheld thermal cameras have a wide range of applications.

Now that we know what a thermal camera is, let’s dive into one of its core applications- security and law enforcement, which are presently booming across the military sphere.

Significance of Handheld Thermal Cameras in Security and Law Enforcement

Law enforcement professionals are often in a position to search for suspects in pitch dark and try extremely hard to keep detection at bay. At times like these, thermal cameras help effectively in clearing a dark room and offer an improved level of personal safety along with situational awareness. Unlike night vision cameras that require ambient light, thermal ones can retain their clarity in any lighting situation and have a better contribution in investigating crime scenes, rescue operations, and retrieve abandoned evidence. In addition, these cameras also provide a tactical advantage to the law enforcement agent besides conducting a safe survey from a distance.

While many of us think that night vision lenses might work for the above-mentioned tasks, there are some major differences between the two that prove why thermal imagers are a better fit for such security applications.

While night vision goggles require at least nearby visible light for its functioning, thermal cameras don’t need any light and mostly use infrared sensors to identify differences in temperatures of objects in line of vision. In addition, the former catches a scene and magnifies its light to translate it to green-tinted images, whereas the latter ones convert heat signals into viewable images. Moreover, night vision goggles can get impaired by rain, fog, dust, and smoke unlike thermal cameras which remain unaffected under these conditions.

Even though the global thermal camera market is estimated to flourish in future, one cannot turn a blind eye to some of the disadvantages of thermal imagers.

While choosing between night vision lenses and thermal imagers, one must evaluate the purpose of using these devices before purchasing. Considering the security and law enforcement applications, every second and inch counts, making thermal cameras an optimal choice for performing similar activities.