How is AI Transforming Humanoid Robots into More Human-Like Creatures?

Humanoid robots are one of the craziest buzzes in the robotic industry, at present. These robots look exactly like humans. However, their behavior still needs some improvement to completely resemble a human being, but these improvements might be soon achieved in the coming future with increasing developments in Artificial Intelligence. 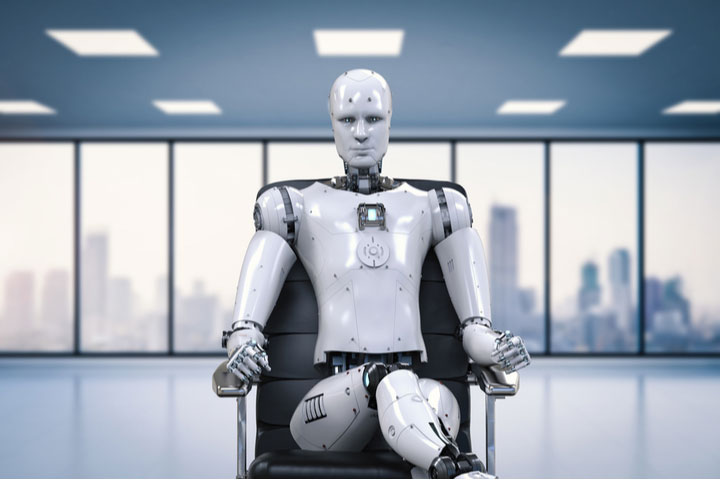 Have you ever imagined a robot serving you as a tourist guide or a customer service agent?  Well, this is no more just an imagination or a dream, but the current reality!

In this era of technology and innovation, many companies are into the development of fascinating human-like robots that are foreseen to work closely with humans across various verticals. Not just their looks but these robots are designed in a way that they actually resemble human behavior. Till date, you might be able to distinguish them as robots, however the time isn’t miles away when you might think that you are speaking to a human but it turns out to be a robot!

Usually people consider Artificial Intelligence (AI), as a robot that gives mechanical responses. AI is available is several forms but humanoid robot is the most popular one. If you are a fan of Hollywood movies or science fiction, you might be aware of the concept of a humanoid. The first ever humanoid was developed in 1495 by Leonardo Da Vinci. It was an armor suit that was able to perform a number of human functions like standing, sitting, walking, and even moved as if a real human was inside it.

In the beginning, AI powered humanoid robots were only meant for research purposes. They were used for researching better prosthetics for human beings. However, today humanoid robots are being developed for numerous uses that are not restricted to research alone. Present-day humanoid robots are designed to perform a number of human tasks and carry-out various roles in the numerous sector. Among the many roles some of the most probable roles they might undertake are receptionist, personal assistant, front desk officer, and many more.

Some deeper knowledge on humanoid robots

Usually, people think that humanoid robots are robots that are physically similar to humans, i.e. they have a head, chest, arms, and legs. Well, this is not always true! Some robots have only specific human parts like the human head.

Humanoid robots possess a broad variety of features. They have sensors that help them in sensing their surroundings. While some come with cameras that let them to view things clearly. Whereas, the motors which are generally referred as actuators, are fixed at strategic places and guide them in moving and making gestures.

Here are some of the most famous humanoid robots:

Sophia: This robot resembles a female human and was invented in the U.S. on October 11, 2017. Later, on October 25th, she was granted the citizenship of Saudi Arabia. She was the first ever humanoid robot having nationality.

Jia Jia: This humanoid was developed by a team at the University of Science and Technology in China, after continuous research for almost three years. Jia Jia is skilled in conversing but has stilted speech and limited motion. She lacks complete command over languages but the inventors’ are currently planning to make further improvements and embed learning skills in her. Even though her vocabulary and speech require more improvements, she is still fairly realistic.

The Kodomoroid TV Presenter: This humanoid is a Japanese invention who is capable of speaking a number of languages, reading news, and stating weather forecasts. Currently, she works at the Emerging Science and Innovation Museum in Tokyo.

In a nutshell, humanoid robots are our future, and they are soon going to play major roles across various sectors. With more developments in the world of AI, we may soon find them ubiquitously in our daily lives.

4 Virtuous Benefits of Edge AI Computing in the Modern World

How Does AR Favor Some of the Booming Industries in the Modern World?

Agriculture Drones: A Skilled Tool for Conserving and Improving Agricultural Needs for Future

Preview an Exclusive Sample of the Report of Humanoid Robot Market