Edge AI processors, with a unique combination of edge computing and AI, are solving some of the most complicated challenges faced by the digital world. By collecting, analyzing, and processing data locally, edge AI computing is helping to overcome the issues related to latency and connectivity. Just like many other ‘collaborations’ that have taken place lately, this integration of edge computing and Artificial Intelligence is sure to play an important role in the future. 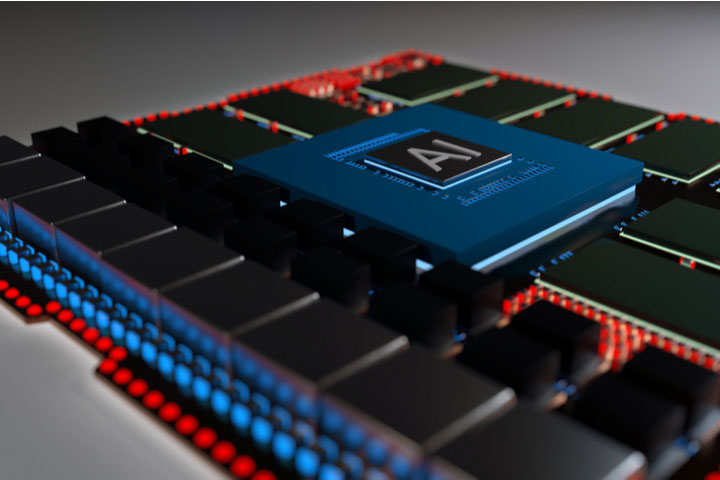 As said earlier, edge AI is the combination of two technologies, viz., Edge computing and Artificial Intelligence. Edge computing involves bringing computing operations like data collection, data analysis, and data processing to the ‘edge’ of the network. Here, ‘edge’ of the network implies closer to the devices that collect the data rather than storing the data on some cloud or far away data server. Thus, the data collected is stored locally on nearby devices and processed at the location of data collection itself. Developing deductive and predictive models that will help the edge computing system to perform these functions of collecting, analyzing, and processing data locally is, in fact, edge AI computing; and the processors which aid in edge AI computing are edge AI processors.

The integration of two of the most advanced technologies has produced some startling results. Due to the very nature of the processing methodologies, edge AI computing has certain inherent advantages. Some of these are given here:

Since edge AI computing involves collection of data and processing it locally without involvement of any cloud services, the risk of mishandling and misappropriation of data is minimized. Encrypted authentication and data integrated auditing are two of the most important aspects of edge AI computing which help in protecting the data from outside interference and external threats.

Collection, analysis, and processing of data at the local level invariably lowers the energy requirement of the system, and hence performs better even at low energy inputs. This, in turn, results in lowering of the overall costs associated with edge AI computing as compared to the costs that would be incurred after using cloud services.

Since no cloud services are involved, problems associated with latency do not arise. As a result, edge AI processors are able to compute data pretty quickly. Apart from this, the data and insights involved in such computing become easier to manage.

The critical advantages of edge AI processors have increased the range of their applicability extensively. As a result, the global edge AI processor market is witnessing a massive surge and is expected to continue on this growth trajectory in the 2022-2030 timeframe with a stunning CAGR of 16.0%. Some of the applications of edge AI computing is given below:

The advent of electric vehicles and Internet of Things has triggered the phenomenon of self-driving cars or autonomous vehicles. Edge AI computing plays an extremely important role in making autonomous vehicles a reality as quick data collection and processing is required in the form of recognizing vehicles, differentiating pedestrians from other objects, identifying traffic signals, etc.

Many of the industries, now-a-days, have started introducing automation and robotics in manufacturing, so as to simplify the processes involved. One way to smoothly introduce and integrate existing systems with robotics is through edge AI processors and Internet of Things. Both these technologies, by providing seamless data integration, help in deploying AI capabilities in an efficient manner and that too at a very low cost.

The speech recognition facility provided by almost all smartphones, laptops, tablets, or smart speakers is on the account of the edge AI processors embedded in them. Not just speech recognition, edge AI computing helps in the working of ‘smart’ apps like health monitoring apps, mobile camera apps, etc.

With the advent of neural networks and 5G technology, edge AI technology is becoming much more popular than what it is today. Growing adoption and proliferation of IoT devices is further expected to increase the demand for edge AI computing. The integration of various advanced technologies has opened avenues for research that were not accessible before. With edge AI computing, the possibilities are endless.