Do you Think eVTOL Aircraft is Still a Distant Reality?

eVTOL aircrafts come with a brilliant history of reality and fantasy. With technological advancements and numerous researches, eVTOL aircrafts are going to be a reality in the nearest future. The emerging industry has not seen any decline during the COVID-19 pandemic. 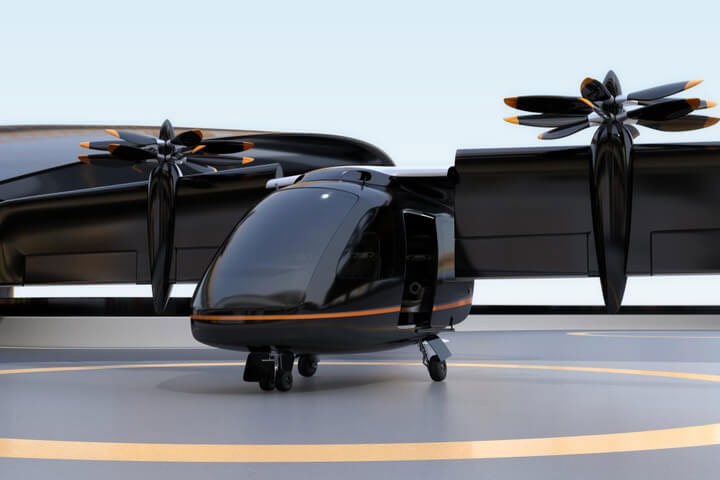 It was the beginning of the 20th century when the aviation industry took its flight. As the love for urban lifestyle grew, problems of heavy traffic emerged. Enthusiasts began fantasizing about flying cars which safe and affordable. Many creators came forward to make that dream a reality. Who wouldn’t love the idea of an affordable air trip to and from the work!

Aircraft innovator Glenn Curtis and automobile tycoon Henry Ford came up with prototypes of flying cars in those early years. However, it was too soon to welcome such an idea to the real life.

Then came the famous American sitcom The Jetsons. The Jetsons are from the year 2062 which is 100 years in the future at the time of the show’s debut. The show portrays a futuristic utopia of holograms, whimsical inventions, and intricate robotic machines. The show introduced the idea of flying car to gullible young Baby Boomers and designer Paul Moller who constructed numerous prototypes fueled by liquid for his SkyCar.

In the meantime, the Trends Editors followed the merging of propulsion, avionics, public perceptions, and regulations that would be necessary to build an industry eco-system for the “Personal Aviation Vehicle” (or PAV).

However, even after all the progress and researches, the idea of the flying car remained a sci-fi fantasy.

Then the much-awaited change happened. Mark Moore, an engineer from NASA published a breakthrough whitepaper a few years ago. It worked as an explosive reaction to the intellectual spark which promised a transformation in the way we travel.

Finally, a new range of vehicles and subsidiary substructure emerged after decades of failed projects and researches. These vehicles were capable of renovating the way people and freight moved across cities. These were little aircrafts known as Electric Vertical Take-Off and Landing vehicles or eVTOLs.

These aircrafts come with plenty of benefits. They don’t need roads, rails, runways, waterways, or tunnels and bridges. They don’t even require liquid fuel. These low-maintenance aircrafts are rather quiet, easy-to-operate, and most importantly low-cost and safe.

eVTOL: How will the Journey Begin?

It’s most likely that the first commercial eVTOL will be designed with flexibility of helicopters which will have lesser impact on the environment.

In the early days of operation, they will be moderately small and capable of shipping payloads of a few hundred kilograms. These air taxis will be able to carry up to five people that can help speed up the time of delivery.

These vehicles are enabled by distributed electric propulsion. Every commuter’s dream to fly away over the traffic will be over soon.

These air taxis and eVTOL will become smarter and fly for longer ranges and at higher speeds with the advancements of battery technology.

Impact of Covid-19 on the Industry

Most of the companies have resumed their work and R&D on sustainable prototypes for the development of eVTOL aircrafts. On 20 August 2020, Urban Aeronautics, Israel-based Aircraft manufacturer has announced their partnership with U.S.-based Hatzolah Air for manufacturing of Cityhawk VTOL that is used as air ambulance. The Cityhawk VTOL is planned to be hydrogen power aircraft without rotors or wings, therefore it can be both fly and land according to use.

Moreover, on September 25, 2020, announces that Japan Airlines (J.A.L.) signed a bond with Matternet to produce drones to provide healthcare deliveries for future opportunities. This demand for eVTOL aircraft is projected to grow in the fourth quarter of 2020 because of the coronavirus crisis. These key factors will create many investment opportunities for the eVTOL aircraft market.

Preview an Exclusive Sample of the Report of EVTOL Aircraft Market