Drones are revolutionizing the concept of surveillance and reconnaissance in warfare. But drones are much more than that. Drone analytics has made it possible for drones to be employed in almost all sectors. Be it agriculture or urban planning, drone analytics has both literally and metaphorically provided experts with a bird’s eye-view on the subject. It has expanded vast opportunities of research and has furthered the range of data science and data analytics. 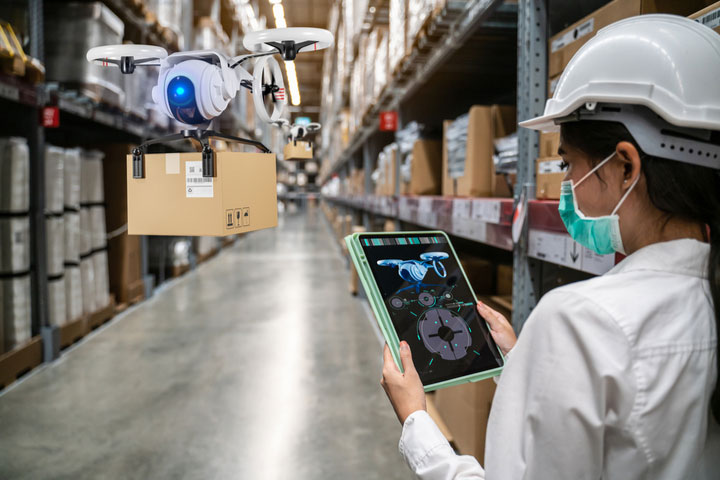 Precision warfare, agriculture, mining and oil extraction, property inspection, leak detection, stockpile volume calculation, digital surveying, and what not. Drones are deployed almost in every sector. Drones have become, sort of our eyes and ears from the sky that too without actually flying. Drone or technically known as the Unmanned Aerial Vehicle (UAV), is basically an aircraft without any human piloting it. Unmanned aerial vehicles are generally operated through a remote control by humans on the ground. Hence, sometimes, unmanned aerial vehicles or drones are also known as remotely piloted aerial vehicles (RPAV).

Drones are basically deployed to scan, survey and gather relevant information of an area. This data can then be used to undertake any necessary course of action depending on the nature of work the drone performs, and the area it has surveyed. Thus, the nature of the work defines what kind of information the drone will accumulate; meaning, though every drone performs the basic function of collecting data, the manner in which it collects the data and the way in which it processes the data, differs significantly. Also, the data, drone collects is asynchronous and unstructured. For drones, to collect this function-specific data and then structure it, a drone analytics software is necessary.

What is Drone Analytics?

Basic function of a drone is to hover over an area which is to be surveyed and collect necessary data. So as to enable the drone hardware to collect the data, a drone analytics software is necessary. Drone analytics, thus, includes tracking of flight of the drone, creating 2D and 3D visualizations of the area or the site which is being surveyed, and processing the visualizations in such a way, so that the user can view and edit it to suit his/her needs. The data thus processed is, in general terms, known as geospatial data.

5 Areas Where Drone Analytics is Used

Drone analytics enables a drone to survey, examine, capture, and process a piece of data according to its nature of work. This can be as basic as calculating the area of an agricultural field over which it is hovering or can be as complex as complete reconnaissance of an enemy or terrorist base camp. Here are some sectors which employ drone analytics to expand their scope of data processing:

Drone analytics, thus, help to map the present world and guide its future. Further research in image processing and data sciences will augment its capabilities and help in increasing its area of operations.

Preview an Exclusive Sample of the Report of Drone Analytics Market