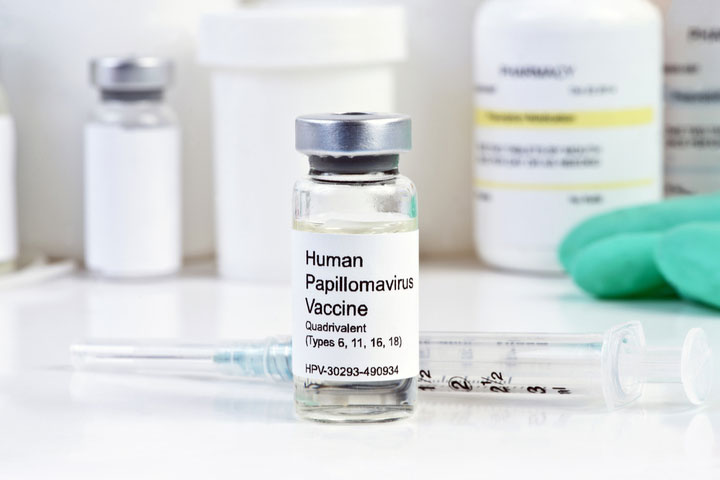 Evolution of animal kingdom from an aquatic microscopic single-celled organism to complex Homo Sapiens is a long journey with many fascinating aspects. The effects of the planetary environment on the evolutionary process and vice-versa are so entangled in each other, that it is hard to adjudge the exact extent of how much these two facets affected each other. One thing, however, which most evolutionary experts agree on is that, with each passing stage of evolution new diseases emerged. Microorganisms, too, underwent substantial change and became a cause for several diseases that was hitherto unknown.

In such a scenario, wherein a certain infection is spreading at a tremendous rate, vaccines become the most important weapon to put up a fight against the spread of the virus. Human papillomavirus vaccine, which is most effective if taken during childhood or adolescence, protects the human body from HPV infection, thereby reducing the chances of contracting cervical cancer and genital warts. An extremely crucial fact about HPV infection is that a sexually active person is bound to get infected with HPV at some point of time in his/her life, which make the human papillomavirus vaccine all the more important.

Who Should Get the Human Papillomavirus Vaccine?

Today, in the global human papillomavirus vaccine market, three vaccines are available, viz., Gardasil, Gardasil 9, and Cervarix. All these three vaccines provide immune response against infections caused by HPV type 16 and HPV type 18, which account for most of the HPV-caused cancers. According to medical experts, the best time to get the human papillomavirus vaccine is between the age of 9 to 26 years. In fact, medical practitioners and doctors across the globe recommend to take the vaccine at the age of 11 or 12 years. However, for adults i.e., after the age of 26, from ages 27 through 45, the vaccine should be taken only after consultation and discussion with a doctor.

How Many Doses of Human Papillomavirus Vaccine are Required?

As far as vaccination doses are concerned, the Centers for Disease Control and Prevention, US’ national public health agency, recommends two doses of human papillomavirus vaccine to be taken at the age of 11-12 with an interval of 6-12 months. However, if taken after 15 years of age, three doses are recommended with the second dose after an interval of 1-2 months and the third dose with an interval of 6 months after the first dose.

Human papillomavirus vaccines, or any vaccine for that matter, undergo rigorous trials under the supervision for intergovernmental regulatory authorities, medical experts, etc. Only those vaccines which pass these trials are allowed to enter the market. Hence, naturally, all the three vaccines available in the market today are proven to be extremely safe with no serious side effects. However, some minor side effects upon vaccination such as pain or swelling in the arm where the vaccine shot was given, nausea, fever, dizziness, etc. can be observed. But these side effects are temporary in nature and are no cause of worry at all.

How Effective are Human Papillomavirus Vaccines?

Human papillomavirus vaccines have proven to be extremely effective in controlling and reducing the incidence of cervical cancer and genital warts. Gardasil 9 is, in fact, found to be around 100% effective against cervical, vulvar, and vaginal infections and is proven to provide immune response against seven HPV variants- type 58, 52, 45, 33, 31, 18, 13. Cervarix is found to protect against HPV types 31, 33, and 45.

However, it should be noted that since vaccines act as a precautionary measure, a patient suffering from any HPV infection won’t be cured just by taking the vaccine. Treatment for HPV infection is altogether different from the vaccine. Also, even though the vaccine offers long-term immunity against cervical cancers, it is recommended, especially for women to regularly undergo a Pap test so as to remain updated on their health status.

The human papillomavirus vaccine has turned out to be of great help in the fight against HPV infections. Recently, in April 2022, a WHO SAGE’s review stated that a single-dose human papillomavirus vaccine was being formulated which provided even more protection against the virus as compared to the currently available two-dose/three-dose vaccine. This single-shot HPV vaccine could prove to be a gamechanger and help in achieving the ultimate goal of eradicating HPV-related infections.