In this today’s scenario wherein diagnosis and treatment of any chronic ailment is highly expensive, a large percentage of the global population has been searching for an economical yet effective alternative. Biosimilars have come forth to meet this demand of a safe, economical, and effective biologic medical product, that too, for treatment of such acute illnesses. Considered as an example of medical ingenuity, biosimilars posses the capability of securing a healthy world. 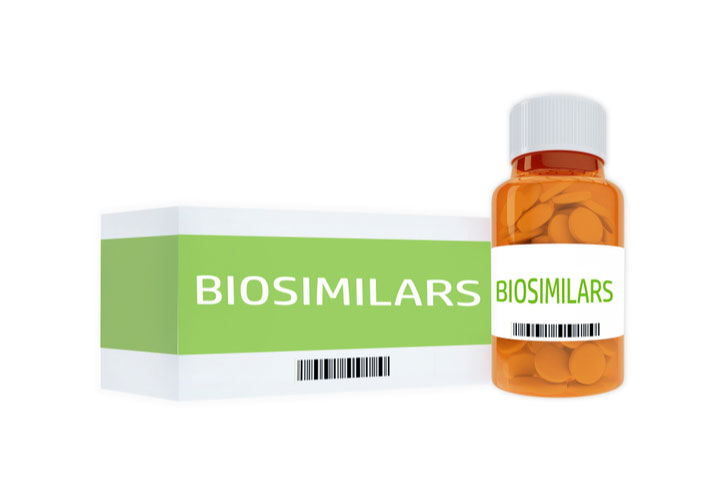 The word ‘vaccine’ has been used so extensively and frequently these days, that soon-to-be parents fear that it might be the first word, their newborns utter. Though this is just a joke, it does underline the significant role vaccines have played in our life, especially in the Covid-19 pandemic. Be it against polio, hepatitis B, measles or the Ebola virus, vaccines have acted as some sort of panacea. Vaccines, as a sub-group, fall under the overarching group of biologics. Biologics are nothing but drugs which are manufactured using components extracted from biological sources. Human-insulin was the first such bacteria-generated biologic. However, recently, mainly due to the sky-high prices of these biologics, a new form of biologic medical product, known as biosimilar, has been approved for usage.

Biosimilars are essentially made using the same initial amino-acidic materials and by using the same processes that their corresponding reference products have undergone. Since, they are of the same strength and dosage, they can be taken in the same way as that of their corresponding biologics. However, biosimilars can be marketed only after the patent of the reference product expires. Also, all biosimilars are prescription drugs and cannot be taken without a healthcare professional’s prescription.

However, as said earlier, biosimilars differ from generic drugs in a great extent:

Why are Biosimilars so Popular?

Most importantly, biosimilars offer treatment to varied range of diseases such as cancer, rheumatoid arthritis, diabetes, Crohn’s disease, psoriasis, cardiovascular diseases, hematological diseases, etc. Also, the biosimilars prescribed for these diseases are much cheaper in pricing as compared to their original expensive biologics. Moreover, biosimilars have to undergo rigorous approval process so that they can be approved of their safety standards. As a result of the transparent approval process, biosimilars have, over the years, gained a lot of trust from the medical world with respect to their high standards of efficiency and safety. This rise in popularity and the increasing trust on the biosimilars is boosting their demand. As per a report by Research Dive, the global biosimilar market is expected to rise up to $83,836.40 million in the 2021–2028 timeframe, with a CAGR of 24.90%.

However, even though both the US and European Union have approved biosimilars’ usage, certain apprehensions as to the hurdles in their marketing, remain. Not all biosimilars have provided an economical alternative to their biologic counterparts. Also, the painstaking approval process has, in some cases, unnecessarily tied down many biosimilars in pointless lawsuits. This has discouraged many leading pharmaceutical companies from manufacturing biosimilars, which has eventually affected the patients. Biosimilars have a great potential to offer economical treatment to the needy; some reforms at the research and marketing levels will go a long way in unlocking this potential.

What Precautionary Measures do the Health Care Workers and Family Members Need to Take along with the Cytotoxic Drugs Consuming Patients?

4 Technological Innovations That Are Shaping the Future of Greenhouse Horticulture

5 Organic Dinnerware Brands that You Should Take a Look at

Preview an Exclusive Sample of the Report of Biosimilar Market