The Recent Trends in the Antibiotics Industry

Antibiotics are said to be one of the greatest success stories in the history of medicine. With, Alexander Fleming discovering penicillin, many other antibiotics have been developed and with the help of them, the once-severe bacterial infections can now be easily cured. This medical revolution extends from treating minor ailments like tonsillitis to severe diseases like pneumonia. 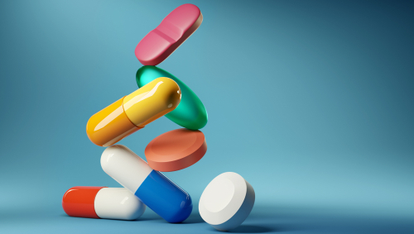 With the arrival of antibiotics, many complex medical procedures like caesarean section, hip replacement, organ transplant, etc. have become safer. Moreover, if a patient has cancer, chemotherapy will weaken his immune system and put him at a higher risk of bacterial infections. Antibiotics offer you a vital safety net to patients suffering from cancer.

Antibiotics are group of medicines that help in stopping the infections spread by bacteria. Once bacteria enter the human body, they multiply or reproduce themselves. Antibiotics stop the spread of bacteria by killing them. They are also known as “anti-bacterial” or “anti-microbial”.

The term antibiotic generally means “something which is against life.” Thus, antibiotic is an umbrella term for any drug which inhibits the growth or stops the spread of the bacteria.

Why are Antibiotics Only Used in Case of Serious Bacterial Infections?

When bacteria are found in a human body, the body’s immune system itself kills the bacteria before they multiply or cause symptoms. The ‘White Blood Cells’ (WBCs) attack the harmful bacteria and fight off the infection.

Sometimes, however, the amount of bacteria present in the body is uncurbed. In such cases, the immune system fails to kill the bacteria on its own. Antibiotics are used in this scenario.

However, the bacteria present in the body gradually become resistant to antibiotics at a certain point and this can reduce the effectiveness of the drug. Hence, antibiotics are only prescribed by doctors after proper diagnosis, particularly in cases where there is a serious bacterial infection.

According to World Health Organization (WHO), there is a dire need of change in the way antibiotics are prescribed and used across the world. This is because antibiotic resistance is a serious global threat.

Why is the Discovery of Antibiotics Remarked as the Most Significant Medical Achievements of the 20th Century?

The use of antibiotics as a medicine has completely transformed the way in which infectious diseases were treated before. According to Microbiology Society, with the advent of antibiotics, the human life expectancy increased by eight years between the span of 1945-1972.

The effect of bacteria before antibiotics –

Why is Developing a New Drug Not an Easy Task in the Antibiotics Industry?

Developing a new antibiotic drug is a slow and costly process. It generally requires 10-15 years and nearly $1 billion to produce an effective drug. Firstly, drug developers look for a substance that might be effective. Then, they perform a series of laboratory tests on it in order to study its properties and effects.

Having done this, the drug is first tested on animals, after which the clinical trials begin with humans. This testing of drugs is done in three phases. After testing, the  government regulators give an approval to the developed drug, which is then used by doctors, health services, and medical professionals to save lives of the patients suffering from bacterial infections.

Having said this, the drug can fail at any step and drug developers need to start again.

What is Trending in the Antibiotics Industry?

Bacteria keep evolving. They constantly reproduce and mutate at a very fast speed. These mutations help them to resist the antibiotics. Thus, whenever a new antibiotic is developed, it is likely that the bacteria will find a way to resist it soon enough.

How Has the COVID-19 Pandemic Affected the Antibiotics Industry?

The disruption caused by the novel coronavirus disease (COVID-19) has created a noticeable impact on the global antibiotics market. According to a report by Research Dive, the global antibiotics market forecast shall be $58,798.1million by 2027. In past few months, the consumption of antibiotics has astonishingly increased in order to avoid prolonged illnesses and longer hospital stays, amidst the COVID-19 pandemic. Moreover, the growing prevalence of infectious diseases like HIV/AIDS, pneumonia, tuberculosis, malaria is one of the major factors expected to propel the global market growth.

Preview an Exclusive Sample of the Report of Antibiotics Market