Many countries are turning to a new renewable energy source to meet their energy demands. Offshore wind energy, as quoted by many international organizations and environmental experts, has the potential of securing the highest growth rate as far as renewable energy resources is concerned. This clean energy source can certainly help the signatories of the Paris Climate Accord to achieve their respective targets in the committed timeframe. 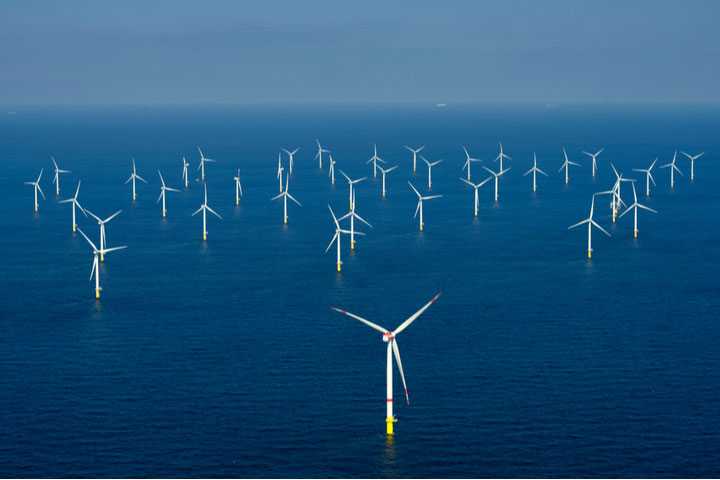 Global warming is real. Glaciers are melting and sea levels are rising at an unprecedented rate. Two weeks back, Alaska experienced its highest ever winter temperature of 19°C, as a result of which, many polar bears had to migrate to Russia in search of a better place. Increasing frequency of natural calamities like intense floods or drought spells, coral bleaching, tsunamis, El-Nino, etc. has shown that global warming and associated climate change has the power to cause tremendous destruction all over the globe. To mitigate this, a global consensus was reached in 2015, in the form of Paris Climate Accord, an international treaty on climate change. Under this treaty, several binding targets were assigned to the signatory countries. To meet these targets, almost all countries are shifting to renewable energy sources to meet their energy needs. Of these renewable energy sources, one source which is being touted as having the biggest growth potential is offshore wind energy.

Working of an Offshore Wind Farm

Offshore wind farms are just like onshore windfarms with individual units termed as windmills. However, offshore wind farms and their individual windmills, are much bigger in size than onshore wind farms. Once an offshore wind farm is installed, the force of the wind starts the rotating the blades of the windmill. This, in turn, starts the rotation of a low-speed shaft, which is connected to the blades through the nacelle of the windmill. The low-speed shaft, being directly connected to the blades, rotates at the same speed as that of the blades. The gearbox at the back of the shaft, increases this speed to about 100 times that of the blades, and transfers this speed to the high-speed shaft. The usual average speed of the high-speed shaft is around 1500 rotations/revolutions per minute. The generator, being connected to the high-speed shaft, gains the kinetic energy generated by the high-speed shaft and converts it into electricity. The electricity, thus generated, then travels down the tower, where the converter converts the direct current into an alternating current. The transformer attached next to the converter, increases the voltage of the output so that electricity can be transported to the substation. The electricity is carried to the substation via underwater cables, where again the voltage of the output is increased. The resulting electricity is finally distributed through a network of transmission lines.

According to Global Wind Energy Council, offshore wind energy has the biggest growth potential among any of the renewable energy resources. As innovations in this field go forward, experts believe that the size of offshore wind farm is going to increase so that its productivity and efficiency increases. Alongside the conventional offshore wind farms, new technology is devised wherein floating turbines will be employed in the seas waters to fully harness its energy potential. Development of a hurricane-resilient structure is underway so that offshore wind farms can negate the destructive hurricanes, typhoons, and cyclones.

Currently, the main challenge in front of the offshore wind energy sector is the extremely high cost associated with the installation of offshore wind farms. Planning related to installation and the required logistical support for its completion also create some hurdles in the full-scale use of this renewable energy resource. Also, the direct impact of installing offshore wind farms on the aquatic and marine ecosystems isn’t fully understood yet. However, many key market players, with the right R&D and investment in this industry, are trying their best to overcome these challenges, so as to build a greener and a sustainable planet.

Why there is an Immediate Need for Automotive Battery Recycling Today?

Preview an Exclusive Sample of the Report of Offshore Wind Market