There has been a growing prevalence of genetic disorder among people across the globe owing to the mutation in chromosomes or genes in the body of an individual. The primary reason behind this genetic mutation is mainly due to the family history with defective genes or abnormalities which might have been passed on to the kin. Thus, its is important to perform carrier screening tests to effectively identify the genetic disorders in carrier person. 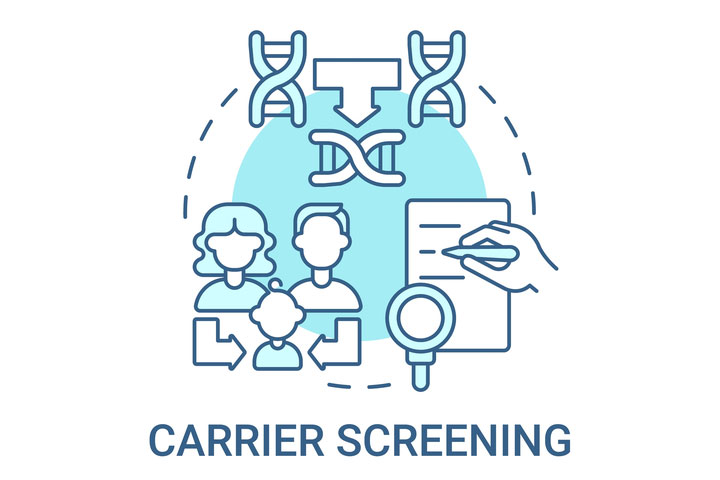 Genetic abnormalities and disorders are increasingly prevalent, and hence they account for nearly about 2%-5% of all live births across the globe, contributing to approximately 30% paediatric hospital admissions. In addition, these genetic disorders and congenital abnormalities nearly 50% of childhood death in industrialized countries across the globe. Hence, carrier screening comes out as an effective method among parents to remarkably detect the genetic disorders in their body and rate the potential chances of it being inherited to their child. There can be a number of reasons for the high prevalence of such disorders among children such as the increasing rate of cultural and traditional consanguineous marriages, that subsequently increases the risk of contracting perilous autosomal recessive disorders such as sickle cell anaemia, cystic fibrosis, tay-sachs disease, and many more.

A relatively high occurrence of haemoglobinopathies and glucose-6-phosphate dehydrogenase deficiencies in various countries across the globe can also lead to the detrimental disorders. In addition, the ever-rising population and increasing prevalence of large family sizes may subsequently surge the number of affected children in families having autosomal recessive conditions. In spite of stimulating initiatives taken by the government on rising paediatric problems, pertinent control of congenial abnormalities, and genetic disorders does not get enough importance and recognition in countries of the Eastern Mediterranean Region (EMR). Thus, the unavailability of proper public health measures directed towards formidable precautions against genetically determined diseases seems to be an alarming problem. Lack of productive genetic services along the ignorance of adequate health care before and during pregnancy also seems to be a distressing issue that adversely contributes to the rising cases of such disorders. According to the report published by Research Dive, the global carrier screening market is expected to garner a revenue of $7,157.60 million by 2028, growing exponentially at a CAGR of 16.20% during the forecast period.

What are the Most Frequent and Extensively Contracted Genetic Diseases Across the Globe?

It is a genetic disorder that adversely affects lungs, clogging the airways and trapping the bacteria because of thick and excessive mucus. Its long-term complications might include difficulty in breathing as a result of persistent lung infections. It usually influences the lungs but without proper care it can also affect kidneys, intestines, pancreas, and liver.

It is a type of genetic disorder that caused a creation of fatty substances in the brain that leads to the obliteration of nerve cells in spinal cord and brain. Its leads to both mental and physical problems in babies when they are around three to six months of age, making it difficult for them to crawl, sit, or turn over.

It is a genetic disorder that is caused when a person has an extra genetic material from chromosome 21 due to abnormal division of cell. A person with down syndrome evidently has a distinct facial appearance, and might also experience developmental delays along with intellectual disability.

The Way Ahead for Carrier Screening in the Coming Years

What are the Main Symptoms of Urinary Tract Infection? And What are the Different Ways for its Diagnosis?

What is Allergy Diagnostics and What are Different Types of Allergies?

Preview an Exclusive Sample of the Report of Carrier Screening Market