From the past few years, with increasing population, the number of vehicles and modes of transportation is increasing tremendously. This drives the usage of conventional transportation fuels at a faster pace. The governments of various nations have started using methanol, blended with petrol and diesel, as an alternative to using pure gasoline. Utilizing methanol not only helps in reducing the transportation cost but also reduces the harmful gas emissions to the atmosphere. 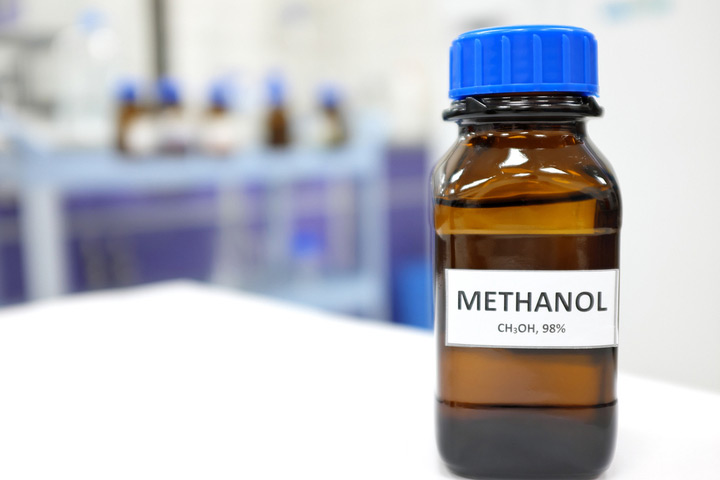 With the growing fossil fuel fights between nations all across the world and the increasing emphasis on using renewable sources of energy, it has become a major concern for scientists to come up with an alternative of generating and storing hydrogen. After a long struggle, they came up with methanol, which is a great source of hydrogen, can be easily blended with petrol and diesel, has no carbon emissions, and most importantly can be used as a renewable source of energy to make our cars run, prepare food and to perform many industrial activities too. Before moving forward let’s start with the fundamentals first.

Scientifically, methanol is a type of alcohol that is primarily produced from natural gas or coal, agricultural residues, and moreover, it can also be produced from landfill gas. It is also widely known as wood alcohol or wood spirit. If we talk about its chemical characteristics, it is highly inflammable, and toxic in nature. It is so dangerous that inhaling it mistakenly can cause severe health hazards to humans.

Furthermore, methanol is coming up as an emerging, clean and sustainable fuel for travel and transport for future generations. Though having less energy content than petrol and diesel, methanol can be mixed in lower quantities with gasoline and can be used as a great alternative for vehicles running in the road, rail, and marine and also, methanol can be useful for energy sectors such as boilers, process heating modules, huge commercial vehicles, and tractors. In addition, methanol can be broadly used in retail cooking by replacing LPG, kerosene, and wood charcoal.

What are the Major Benefits of Using Methanol?

So far now, we know how methanol can be used across various industries apart from only transportation. There are several benefits of using methanol, some of them are listed below:

The Future Landscape of Methanol Market

Due to having lower production costs and lower risk of flammability as compared to gasoline-based fuels, methanol is becoming the popular and on-demand alternative to conventional transportation fuels. In addition, due to lower greenhouse gas (GHG) emissions, the global methanol market will see vertical growth in the near future. The market is anticipated to grow at a CAGR of 6.4%, by garnering a revenue of $39,283.4 million by 2028. However, due to the outbreak of novel coronavirus pandemic, the methanol market has been hampered due to the shutdown of production units and economic slowdowns.

Is Methanol Positioned to be a Future-Proof Fuel?

Not only for road vehicles, but methanol is broadly becoming a great choice for the shipping industry too. Because of its high potential and energy efficiency, the shipping industry is looking forward to investing more in the usage of methanol as the carrier fuel which is a major step towards reducing the carbon emission causing so far. In addition, there is a report from the International Renewable Energy Agency (IRENA) and Methanol Institute stating that the increasing production of renewable Methanol will soon be going to cause an effective approach to de-carbonization.

The Significance of Brassylic Acid in the Fragrance Industry

Why is Barite Considered an Important Industrial Mineral?

Preview an Exclusive Sample of the Report of Methanol Market