What is the need for Computer-aided Drug Discovery in Today’s World?

The pandemic has affected millions of people around the globe, and hence there was an immediate need for drug discovery processes in order to combat the spread and effectivity of the novel virus by introducing effective vaccines. Computer-aided drug discovery maximizes the efficiency, speeds up the process and is much cheaper than the traditional drug discovery methods. 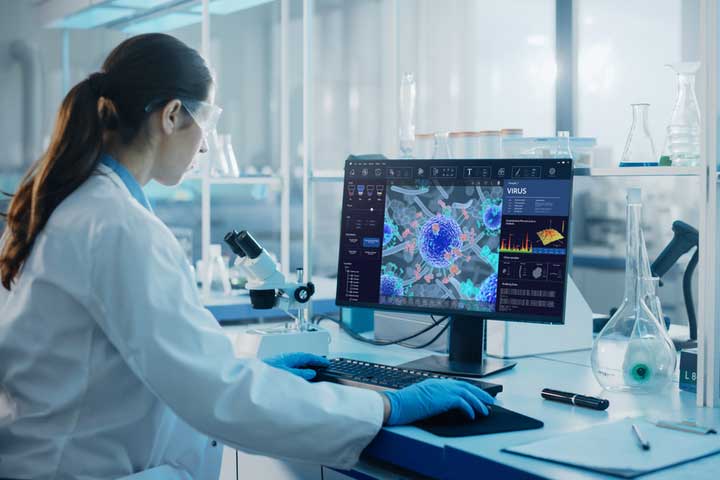 Drug Discovery has been a vital aspect in today’s world since people have already witnessed the worst situations pertaining to the global pandemic that disrupted humanity. Therefore, more and more companies have spent enormous amount of wealth in drug discoveries to counter the growth of the pandemic, and hence the hunt for an ideal remedy was extremely imperative to ease off the symptoms and the lethal effects of the virus on an individual. Technological advancements and the availability of chemo informatics has significantly favored the computer aided drug discovery as they are much cheaper than the traditional drug discovery methods. The advent of new coronavirus strains and other upcoming diseases made it necessary for scientists and companies to develop a potent drug in order to fight against these diseases, which further increases the demand for computer aided drug discovery. According to a report published by Research Dive, the global computer aided drug discovery market is estimated to generate revenue of $7,914.2 million in 2021-2028 time-frame, growing at a CAGR of 15%.

The prognostic power of the computer aided drug discovery is substantially functional and instrumental in its results. Because of this various pharmaceutical and biotechnological companies around the world have consequently increased their R&D expenditure, leading to the adoption of modern computer-aided drug discovery methods. These methods orient chemical and biological processes to carry out drug discovery programs such as molecular dynamics simulation, pharmacokinetic-pharmacodynamic modeling (PKPD), drug metabolism and pharmacokinetics (DMPK), quantitative structure active relationship (QSAR), and so on. Therefore, more and more companies are adopting the compute-aided drug discovery methods which further leads to their growth in demand.

The outbreak of COVID-19 has immensely affected various industries around the globe due to the lockdowns causing consequential disruptions in the numerous operations of the industries. But the health sector has been enormously favored after the havoc caused by coronavirus. It affected millions of people around the world which enabled the researchers and companies to adopt the modern methods of computer-aided drug discovery. It has largely helped in the development of various vaccines for COVID-19, which favored innumerable people across the globe. Moreover, further researches on drug discovery are made to counter and reduce the efficacy of other variants of coronavirus. Companies are heavily investing in computational drug discovery processes and are scrupulously testing the development and potency of the drugs in order to interpret their responses on the virus. This has subsequently increased the demand for computer-aided drug discovery and their growth in the upcoming years is estimated to enormously increase. The application of artificial intelligence (AI) has also been notably prevalent in the computer-aided drug discovery industry which significantly helps scientists to find precise vaccines for COVID-19. Therefore, the COVID-19 has positively impacted the computer-aided drug discovery industry.

Medical Waste Management: A Serious Matter to be Fixed!