There has been a massive increase in the consumption of meat across the globe, owing to the surging rate of urbanization coupled with a gradual rise in the standard of living and per capita income among people worldwide. Moreover, the abidance of cultures among various nations to consume meat, especially in festive gatherings is further widening its prevalence across the globe. On the other hand, excessive consumption of meat increases the risk of cancer and heart problems among people, particularly among the geriatric population. 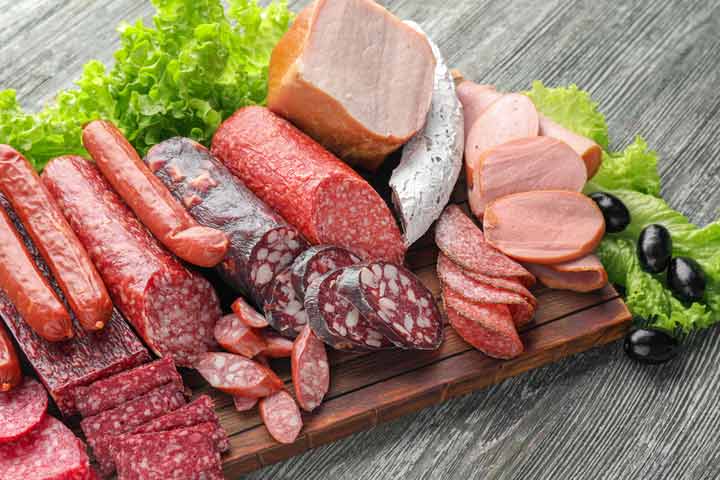 Hectic working schedules and busy lifestyle among working professionals across the globe have enabled them to switch and incline towards ready-made foods. Now, larger part of the global population eat meat, so there has been a gradual increase in the demand for ready-made meat products worldwide. Meat has become an integral part of the lifestyle among people, especially in the countries of North America and Europe, be it social gatherings, festive gatherings, family outings, or even parties, people would always be on the go to cook sumptuous meat-infused meals. For instance, in countries like Switzerland, processed meat is closely associated to their culture and traditions and is habitually seen as the main course at numerous festive gatherings. Not to forget about United States, where the meat consumption among people surges exponentially, particularly in the month of November and December during Thanksgiving and Christmas festive gatherings.

What is Processed Meat?

Processed meat is meat that is preserved by curing it through the process of fermentation by salting, smoking, or adding chemical preservatives in order to enhance their taste or prolong the shelf-life of the meat. Some of the meats that are extensively preserved are pork, bacon, lamb, beef, and chicken. Processed meats are widely prepared across the globe to prepare ready-to-eat foods and junk foods like burgers, sausages, pizzas, hotdogs, and many more.

What are the Challenges Faced by the Processed Meat Industry?

No matter how convenient, customary or delicious meat products are, they significantly have an adverse impact on the overall health of an individual. Excessive consumption of meat not only leads to a higher risk of cancer, but also increase the rate of diabetes and numerous heart diseases in the body. In addition, there has been a subsequent surge in the number of health-conscious people across the globe, and hence people are increasingly becoming aware about the detrimental effects of excessive consumption of meat. According to the data published by Humane Slaughter Association, in UK alone, 950 million birds, 80 million fish, 14.5 million sheep, 10 million pigs, and 2.6 million of cattle are slaughtered every year for human consumption. Thus, stringent restrictions imposed by the government on animal slaughter might have a devastating impact on the growth of the processed meat sector across the globe. Furthermore, the rising cases of heart problems, particularly among the geriatric population coupled with the rapid inclination towards veganism among people around the world might create considerable obstructions in the demand for processed meat. The industry is also threatened by the growing prevalence of artificial meat products across the globe that delivers the exact same taste as of meat, while substantially eliminating the perilous health factor that is otherwise caused in case of authentic meat.

The Way Ahead for Processed Meat in the Coming Years

The COVID-19 outbreak has had a dreadful impact on the growth of the global processed meat market, owing to the prevalence of lockdowns in various countries across the globe. Redundant lockdowns led to the closure of all hotels, resorts, restaurants and quick servable dine-outs like McDonalds, KFC, Burger King, Wendy’s, and many more, in order to curb the spread of the virus. But increasing demand for tremendous animal protein among gym enthusiasts and fitness freaks along with the growing prevalence of nutrient-rich packaged meat products will create immense opportunities for the growth of the global processed meat market in the coming years.

Preview an Exclusive Sample of the Report of Processed Meat Market