Webtoons are digital comics that can be easily accessed via internet anytime and anywhere. Webtoons were originated in South Korea and have found immense popularity in other regions as well like Europe, India, and the US. Considering the fame this paper-less digital comics trend is receiving, many countries have launched webtoons platforms to offer original comics content to the audience. 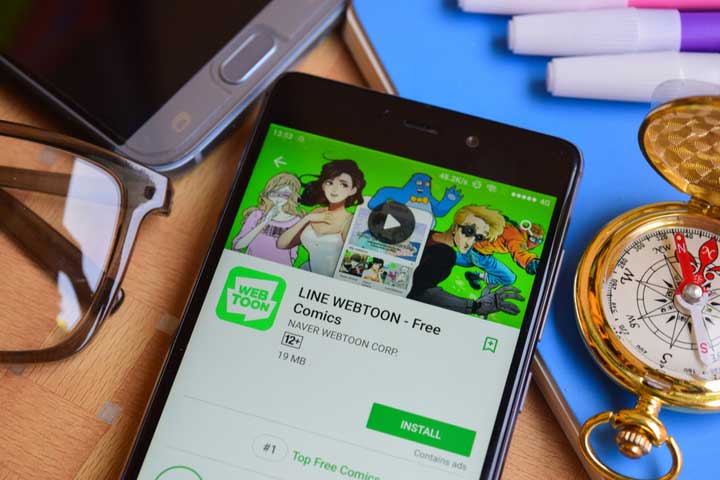 The 90’s kids have grown up watching iconic cartoons like Tom & Jerry, Powerpuff Girls, Johnny Bravo, Duck Tales, Dexter’s Laboratory, and many more. But online comics, or webtoons, have been a hit among youngsters in the recent times since they can be watched anytime and anywhere on their mobile devices at utmost convenience.

What are Webtoons and Why are They So Popular?

Webtoons are digital comics that can be easily accessed via internet on any device like tablets, smartphones, laptops, etc. Webtoons were originated in South Korea with an objective to compete against the predominant Japanese manga and expand the South Korean cultural influence worldwide. Webtoons are fresh and appealing to readers and consist of visual images and textual content that appear in vertical strips. With an estimate of nearly 700 million monthly users and above 1 billion views annually, the webtoons market has gained immense momentum in regions like Europe, Asia, and the US.

Below-mentioned are some factors of the webtoons’ boom:

During the paper-cartoon era when comics and magazines were the only source of enjoyment for youngsters, the audience couldn’t connect with the writers directly. All they could do was discuss the episodes and share opinions with friends. But with webtoons, the audience can now directly reach out to them with appreciation comments, thus strengthening their communication with the writers.

The development of new devices like laptops, smartphones, and tablets have made it easier for the users to access websites and read webtoons whenever and wherever possible. Moreover, unlike paper-cartoons which readers used to buy from bookstores or borrow from friends, webtoons are free and easily accessible via internet.

Visuals tend to stay with us for a long time and are appealing to the readers. And that’s why countries choose webtoons to expand their cultural influence to other parts of the world and educate them about their deep-rooted traditions.

The Influence of Webtoons in India and Other Regions

Considering the immense popularity of Japanese manga and webtoons in South Korea, India too attempted to keep up with the trend. The Graphic India group recently announced the launch of Toonsutra, a webtoons platform for mobile devices which can be widely operated in India by the 2nd quarter of the year. The platform will specifically provide webtoon comics based on famous Indian TV shows and movies like The Legend of Hanuman, Baahubali, Chakra The Invincible, etc.

Are There Any Other Webtoon Mediums?

Besides these platforms, comic creators and webtoonists are actively creating digital comics on other applications like Canvas, Procreate, and Medibang. Additionally, live streaming mediums like Netflix and YouTube are also considering webtoons adaptation into movies or animated series to garner larger audience.

Many of the webtoons have gained so much popularity since their adaptation into other mediums like animated web series and TV series. For instance, Cheese in the Trap is a Korean TV series that was adapted by Webtoons that was later considered to be the top-rated toon. Similarly, Tower of God, another popular webtoon was also transformed into an anime series that amassed huge attention.

Here are some of the 10 top-rated Webtoons:

What Does the Future of Webtoons Market Seems Like?

Since webtoon comics are amusing and have fresh and appealing visual images, and now sound as well, many production houses are seeing this as an opportunity to adapt webtoons for the big screen or perhaps OTT platforms

Preview an Exclusive Sample of the Report of Webtoons Market