What are the advantages of using Multiplex Assay in Research Purposes?

Multiplex assay technique has substantially benefitted various experiments, clinical tests, and forensic studies, especially after the outbreak of COVID-19 due the lowered cost and maximized potency in the process of multiplex assay compared to other conventional techniques. 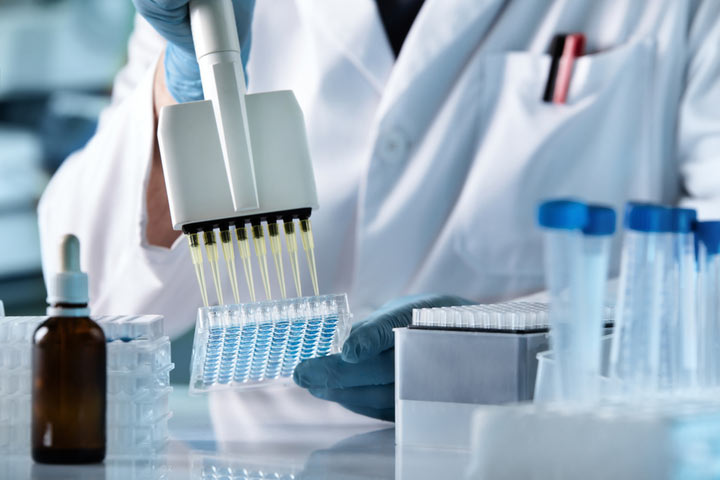 There has been an immense surge in the number of chronic illness among the senior citizens around the world, especially after the pandemic. This led to the continuous investments in R&D among the pharmaceutical and biotechnological companies in order to test the effectiveness of drugs or treatments on various prevalent diseases. Multiplex assay is extensively used in clinical trials so as to thoroughly study the efficacy of the disease and the detection of antibodies against those diseases. Multiplex assay is proven to be accurate and potent in diagnosing innumerable diseases. According to report conducted by Research Dive, the global multiplex assay market is estimated to generate revenue of $4,162.5 million in 2021-2028 timeframe, growing at a CAGR of 5.8%.

What is a Multiplex Assay?

It is a procedure in which an array measures numerous analytes like protein, biomolecules, cytokines, chemokines, and so on that are profiled in a single cell of the assay. The assay is used to boost several targets in a polymerase chain reaction (PCR) which enables researchers to collect information from small quantities of various analytes that was initially measured.  This technique is widely used in the detection and diagnosis of several diseases. This technique is usually preferred over the traditional methods like enzyme-linked immunosorbent assay (ELISA) which is also a technique used to detect the antibody binding response against any disease. Its downslide is that they need a large volume of sample to run the clinical tests. Furthermore, ELISA does not meet the standards of multiplex assay due to its shaky efficiency and time-consuming process.

What are the advantages of using Multiplex Assay Technique?

Multiplex assay is a highly effective technique widely used in pharmaceutical and biotechnological sectors in the detection and diagnosis of various diseases. The major advantage of using multiplex assay is that it can detect multiple proteins in a single assay all together, which further reduces the work of performing different assay for different protein individually. This is usually the case in enzyme-linked immunosorbent assay (ELISA). Performing numerous assays may lead to distinctive and erroneous results, whereas a single assay performance is much more accurate and coherent. In multiplex assay technique, you do not require a large quantity of sample to carry out the clinical test, and hence innumerable analytes can be examined even with a teensy quantity of sample. The cost of manual labor is subsequently decreased in multiplex assay technique due to the celerity in the process. It is less time-consuming and provides maximum efficiency in the experiments and clinical tests. Due to these reasons multiplex assays have their applications in gene detection analysis, mutation analysis, pathogen detection, RNA detection, and so on.

The pandemic has disrupted the flow and operations of several industries around the world except for the health industry. The pandemic has triggered large-scale concerns over the people’s well-being pertaining to effective vaccination in order to counter the spread of coronavirus. More and more pharmaceutical and biotechnological companies have invested heavily in R&D, which led to a significant growth in the multiplex assay industry. The multiplex assay technique was substantially applied by the researchers around the world to analyze the efficacy of the virus on the patient’s body, with the help of which a potent vaccine was introduced after studying the effects of the virus. Therefore, this technique of assay was substantiated to be more receptive in analyzing the existence of antibodies against the virus in a patient’s body. Moreover, several companies have taken initiatives to create a productive diagnostic method with the help of multiplex assay in order to treat COVID-19 infected patients. Therefore, there has been a significant demand in the application of multiplex assay technique.

Preview an Exclusive Sample of the Report of Multiplex Assay Market