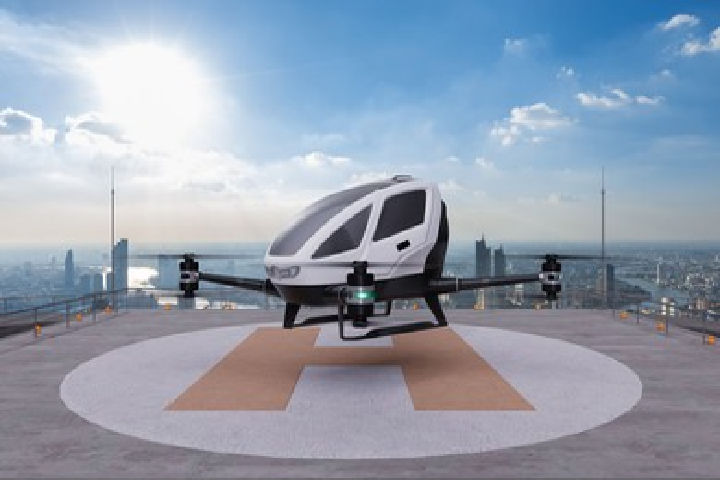 The concept of ‘smart cities’ is steadily getting traction all over the world in countries where urbanization hasn’t been able to gather much pace. This fascination for ‘smart cities’ is on the account of advantages and benefits it has for the common populace. The main tenets of this concept of ‘smart cities’ includes smart architecture, clean and pollution-free environment, seamless and hassle-free communication facilities, and easy mode of transport and mobility. Since the growth rate of the population has been exponential, securing these objectives, and keeping up with the pace of urbanization and people’s aspirations has been a tough job. Managing and controlling urban transport traffic has been one such tough challenge.

What is Urban Air Mobility?

In order to tackle this problem of urban vehicular congestion, a new type of urban transport system has been proposed by many experts and is even being developed in certain countries. Urban air mobility, as it is popularly known, has been considered as a sort of panacea for the major problems related to unhinged urbanization. Urban air mobility entails the use of an efficient aviation transportation system and advanced aircraft to transport passengers and/or cargo within an urban or suburban area. These aircraft generally fly at lower altitudes unlike normal airplanes and are designed specifically to cover short urban distances.

As said earlier, the very concept of urban air mobility was developed because it was thought to address some of the most pressing challenges faced by today’s urban spaces. One of the biggest advantages of urban air mobility is that it will substantially reduce the amount of traffic on the roads. Almost all major metropolitan and industrial mega cities of the world face a problem of commuting. Air taxis, by making use of the untapped air space, can help in solving the problem of congestion, thus reducing the travel time associated with commuting in megacities and ultimately increasing the productivity of the population.

Another important benefit of materializing this concept is the reduction in carbon emissions in urban areas. Over time, these air taxis will replace normal vehicles running on fossil fuels, and also reduce vehicular emissions consisting of greenhouse gases such as carbon monoxide, carbon dioxide, etc. Almost all developed and developing countries have pledged to cut down their carbon emissions and achieve net zero emissions in the next 4-5 decades. Urban air mobility, hence, becomes crucial in order to achieve this aim.

eVTOLs, i.e., electric vertical take-off and landing vehicles, which are thought to be the basic units of the urban air transport system, take-off and land just like helicopters, and hence don’t require long runways or large open spaces for landing or taking off. Also, these air taxis don’t require any special infrastructure such as tracks, roads, or electric charging stations for traveling; only transportation hubs like helipads need to be built wherein these air taxis can be parked and charged.

All these facets will help in freeing up a lot of urban space while at the same time help in making full use of available unused resources. Reduction in environmental pollution, improvement in the overall health of the citizens, timely delivery of goods and services, increase in the overall productivity, and enhancement of the overall standard of living of the general public can be some of the ultimate outcomes, if this concept is implemented in its true sense.

The city administration of Paris, which is hosting the 2024 Olympic Games, has revealed its plan to launch air taxis during the games for better management of urban transport. Leading players of the urban air mobility market like Volocopter have been roped in to execute this ambitious plan. London and Los Angeles municipal authorities, also have declared their intentions to implement urban air mobility systems according to their city infrastructure. All in all, it seems to be a matter of time that urban air mobility systems completely eclipse the traditional methods of transportation and commutation in the coming period.

How Popularly do Capsule Hotels Takeover the Position of Conventional Hotels in Developed Countries?