Airway management is the keystone of anesthetic practice. Almost every anesthetic invention in the past 25 years has influenced some or other aspect of the airway care. 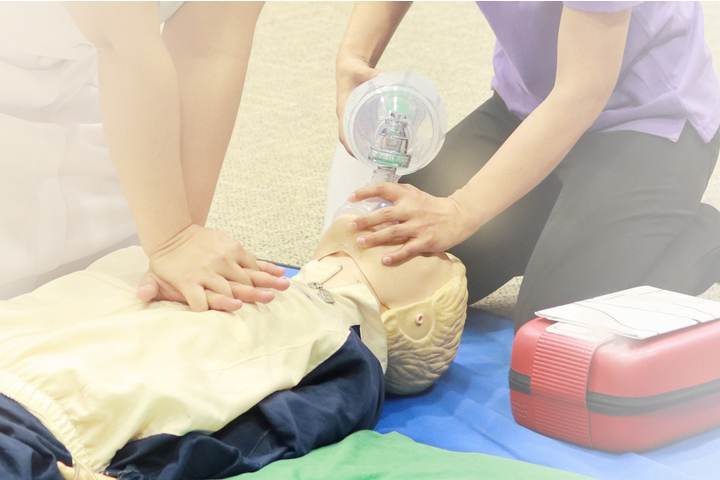 A Precise Introduction to the Airway management

In order to prevent or relieve any type of airway blockade, the medical experts use a set of maneuvers or medical techniques. The process is called airway management. The process is accomplished by either clearing a previously obstructed airway; or by preventing airway obstruction in cases such as the obtunded patient, anaphylaxis, or medical sedation.

The term “airway” typically refers to the upper airway consisting of nasal and oral organs, larynx, pharynx, principle bronchi, and trachea. The primary causes of airway obstruction are foreign objects, tongue, the tissues of the airway itself, and pulmonary aspiration.

Basic and advanced are the two main categories of airway management techniques.

Basic techniques can be performed without any specialized medical equipment or advanced training and hence, non-invasive. Such techniques include head and neck maneuvers to optimize ventilation, back blows, and abdominal thrusts.

Advanced techniques, on the other hand, are performed with specialized medical training and equipment. Such categories are further bifurcated anatomically into supraglottic devices (such as nasopharyngeal and oropharyngeal airways), infraglottic techniques (such as tracheal intubation), and surgical methods (such as tracheotomyc and ricothyrotomy).

Supraglottic Airway Devices (SADs) include tools designed specifically for ventilation, oxygenation, and administration of anesthetic gases. These devices are used during situations such as respiratory arrest or surgical procedure under general anesthesia.

The oropharyngeal (OPA) and nasopharyngeal airways (NPA) are some of the most frequently-used devices. The common features of an ideal supraglottic airway include:

Oropharyngeal airways are rigid plastic curved devices, which are inserted through the patient’s mouth. It prevents the patients tongue from covering the epiglottis and thereby obstructing the airway. An oropharyngeal airway should only be used in a deeply unresponsive patient because in a responsive patient they can cause vomiting and aspiration by stimulating the gag reflex.

Nasopharyngeal airways are soft rubber or plastic hollow tubes. They are passed through the nose into the posterior pharynx. NPAs are more tolerable compared to OPAs. Therefore, NPAs can be used as a substitute of OPA, whenever the patient is unconscious or not in the condition to tolerate an OPA.

NPAs are not recommended in the case of a suspected fracture to the base of the skull. This is because of the possibility of the tube entering the cranium.

Infraglottic devices, in contrast to Supraglottic, create a conduit between the mouth passing through the glottis, and then into the trachea. There are many infraglottic methods available. However, the technique is selected on a few factors such as the accessibility of medical equipment, expertise of the surgeon and the disease.

Laryngoscopes are the devices that allow to view the larynx. This device helps to see through the larynx either directly or indirectly.

The direct laryngoscopy devices establish a direct line of sight between the eye of the practitioner and the larynx. Typical handle and blade assemblies are the primary properties of Direct laryngoscopes.

Top 5 Most Amazing Trends Reshaping the World of Smart Learning

Fraud detection & Prevention – What it is? Why does it matter?

Perks of Implementing an Enterprise Data Management System for Your Organization

Data Science Platform: A Centralized Flexible Platform and a Software Hub for Business

Content Marketing: The Real Game Changer in Every Marketing Campaign