A battery is an electrical device that transforms or converts stored chemical energy directly into electrical energy utilizing redox reaction. There are multiple battery technologies are available such as high-temperature batteries (NaS, NaNiCl), redox-flow, lead-acid, lithium-ion and many others. Many battery companies are continually researching and experimenting to find chemistries that are more powerful, lighter, denser, and cheaper that have the potential to power the future. 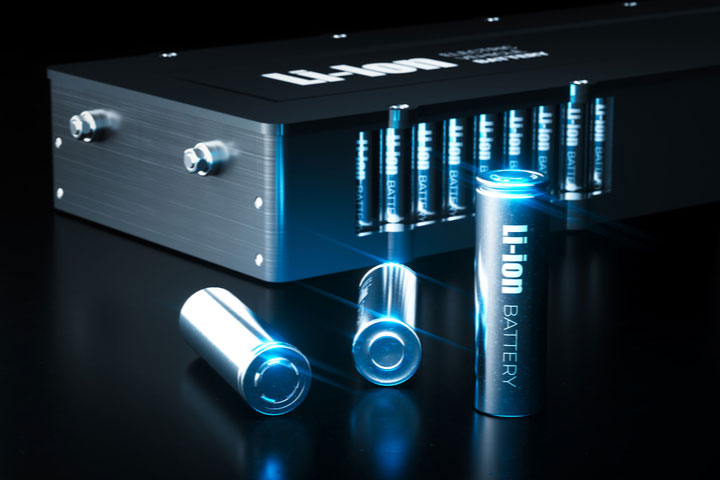 The world is powering and becoming more aware of CO2 emissions and the novel lithium-ion batteries are required to spread out the range of electric vehicles. At least for cars, the future is electric. According to International Energy Agency (IEA), there currently 2 million fully electric cars running on the roads all over the globe and this number is expected to rise to 12 million by 2025 and will reach up to 21 million by the end of 2030.

The outbreak of COVID-19 pandemic has hampered the battery market as many battery manufacturing plants located in the Asia Pacific region have slowed down the manufacturing process, thereby leading to disruption in supply chain. As per Research Dive published report, the global battery market was estimated to surpass $16,486.8 million in 2020, however due to the COVID-19 pandemic, the global market is now expected to reach up to $13,519.2 million. Majority of the key industry players are engaged in knowledge sharing to assess the impact and sustain in the unprecedented crisis.

What is a Battery?

A battery is a pack of multiple cells, each of which has an electrolyte, a separator, and the negative electrode and the positive electrode, which are called anode and cathode respectively. Using different materials and chemicals for these impacts the properties of the battery such as - how much energy can be stored, how much power can be provided, or the number of times it can be charged or discharged. Batteries are highly advanced, cost-effective and available in numerous sizes. These batteries have major importance in portable devices, electric vehicles, and energy storage systems.

As per Research Dive analyst review, many battery companies are continually experimenting to find chemistries that are more powerful, lighter, denser, and cheaper to provide consumers with better quality and cost-effective batteries. The novel battery technologies with a potential to transform the battery industry are listed below.

In Li-ion or lithium-ion batteries, energy release and storage is provided by the movement of lithium ions from the cathode to the anode electrode and vice versa via the electrolyte. In this technology, the anode acts as the host for lithium and the cathode acts as the initial lithium source. With actual cell designs and materials, the Li-ion technology is estimated to reach an energy limit in the coming future.

Today, Li-ion battery technology allows for the highest energy density level as compared to all other storage technologies. Performances such as temperature operating window and fast charge can be fine-tuned by the huge choice of chemistries and cell design. New generation of technologically advanced Li-ion batteries is predicted to be deployed before the first generation of solid-state batteries. This battery technology will be ideal for use in applications such as transportation and energy storage systems where high power, energy, and safety is needed.

The lithium ions are stored in active materials of the li-ion batteries where these materials act as a stable host structures during discharge and charge. However, in Li-S or lithium-sulfur batteries, there are no host structures involved. While discharging, the lithium negative electrode is consumed and sulfur is transformed into a variety of chemical compounds. Whereas, the reverse process takes place during charging.

A very light active materials are used in Li-S battery such as sulfur in the cathode and metallic lithium as the anode. Thus, the theoretical energy density of these batteries is very high, which makes it a good fit for the space and aviation industries. This technology is anticipated to reach the market followed by solid-state Lion for applications that require long battery life.

A paradigm shift is represented by solid-state batteries in terms of technology. In the solid state batteries, the solid compound replaces the liquid electrolyte and allows lithium ions to transfer within it. This technology provides several advantages such as improved safety in battery and cell levels and non-flammable property unlike their other counterparts. In addition, it also allows the use of innovative high-capacity high-voltage materials, lighter batteries, and enabling denser. These batteries are used in electric vehicles as it exhibits a high power-to-weight ratio.

As technology is progressing, several kinds of all-solid-state batteries are expected to be introduced in the market. In future, the lighter solid-state battery technology using a metallic lithium negative electrode should become commercially available.

Residential Heat Pumps: A Technology to Save Energy and Environment Together

Innovation of Eco-Friendly Residential Boiler System and its Benefits

Impact of Coronavirus Outbreak on the Electric Circuit Breaker Industry

Preview an Exclusive Sample of the Report of Battery Market