The circuit breaker is a coupling device that interferes with irregularity or current fault. It is a mechanical device that disrupts the current of high magnitude (fault) and, in turn, performs the function of the switch. The need for circuit breakers has increased considerably with a growing concern for safety in mechanical, electrical, automotive and telecommunications equipment. Circuit breaker companies are focusing on innovative new circuit protection devices. 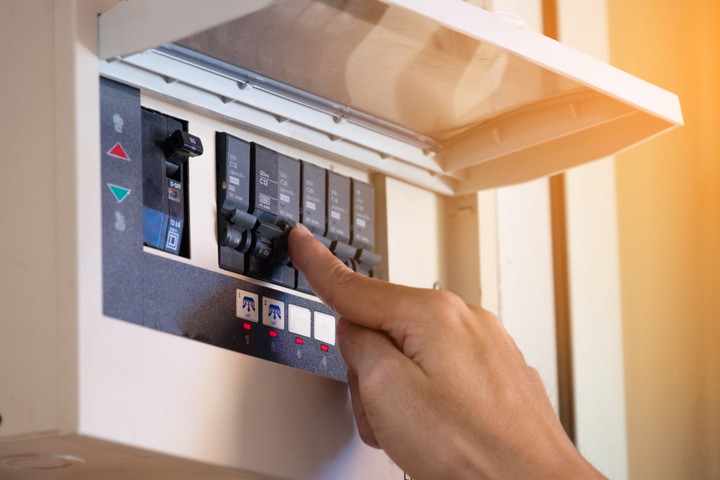 The circuit breaker is a switching mechanism that disrupts the irregularity or the present fault. It is a mechanical device that disrupts the current of high magnitude (fault) and, in turn, performs the function of a switch. The circuit breaker is designed primarily for the closing or opening of electrical circuits and therefore protects the electrical system from damage.

The circuit breaker comprises basically of the set and shifting contacts. Both connections meet each other and hold the current in normal conditions when the connection is locked. When the circuit breaker is locked, a spring pressure is applied to the electrodes which carry current.

During the course of the standard process, the flaps of the circuit breaker can be opened or closed for the device to be reversed and preserved. The pressure is needed to be applied to the button to trigger the circuit breaker. At any time there if there is a fault in any part of the system, the moving contacts are cut off by some mechanism, the breaker's trip coil is wound up, thus opening the circuit. Circuit breakers are a vital part of the power industry. Circuit breakers play a significant role in the computers, telecommunications, consumer electronics, machinery, automotive and data communication circuits, transmission and distribution of electrical power, and industrial equipment among others.

The need for circuit breakers has increased considerably with growing concern for safety in mechanical, electrical, automobile and telecommunications equipment. The development and enhancement of the transmission network are expected to promote the growth of the global market for circuit breakers. One of the main factors driving the market is the global growth in construction activities. Raising prices for raw materials is one of the major challenges that hinder the growth of the market. Today, the industry has seen lightweight circuit breakers needing marginal repair compared to previous technology. Circuit breakers are used to power large, medium and low voltage transmission networks.

By tradition, the main market for circuit breakers has been North America, sharing dominance in consumption. Recently, Asia-Pacific has been showing considerable progression and is expected to be a dominant market in terms of price effectiveness and constant development. Emerging countries such as India, China and Indonesia are projected to be one of the fastest growing markets in the near future. Circuit breaker firms are focused on innovative new circuit protection devices. Circuit breaker suppliers are primarily focused on the efficiency and room reduction of the outside substation.

Here’s Why You Should Consider Installing Window Coatings