RFID has proven to be a valuable tool for both businesses and customers. A person may use RFID to track down his/her dog using a microchip implant, or to check out of the grocery store using their credit card waving at the payment terminal. RFID technology has all of these advantages and more. Passports, smart tags, and security badges all use RFID technology to embed digital information. It's used for contactless payments, inventory monitoring, and can even help users start their car using a key fob. 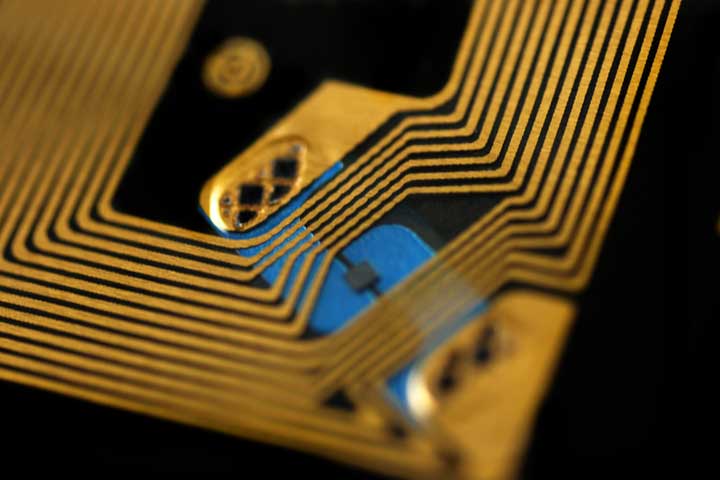 Running up and down various aisles, browsing through loads of merchandise, checking out the local fauna, and sometimes purchasing few products, are all part of a typical day at a shopping mall. Purchasing items is normally accompanied by a lengthy process in which an individual must queue and patiently wait for his turn at the checkout counter. These days, the scenario at the shopping mall is pretty much the same except for the encounter with the checkout counter. Instead, the customer walks pass the scanner, all of his belongings are billed, and the money is deducted directly from his bank account. All thanks to the RFID technology.

RFID is very similar to the barcode technology, where a user can check out the price of a product by scanning the barcode sticker through a scanner. After that, the price of the item is automatically added to the user’s bill. However, RFID is a lot faster than the barcode system. This is because, while the former method uses optical scanning to monitor a product, RFID uses radio waves to do so. As a result, the user does not need to position the tag exactly under the scanner; simply passing the radio frequency scanner identifies and tracks the tagged object.

Different Places Where RFID Systems are Currently Being Used

RFID tags were once used to track livestock, but they are now mostly used to track consumer goods. A very good example is the supply chain, which involves goods of various types moving in and out of a warehouse. Keeping track of each and every product in such a scenario would be obviously difficult and time consuming, particularly if large quantities of goods are delivered. RFID allows for bulk tracking of all items (something which would require a lot of time with the help of the barcode technology).

But that's not all; RFID is now being used in other places as well. According to Research Dive, the global RFID market is predicted to garner a revenue of $21,361.9 million and surge at a CAGR of 9.9% by the year 2027. The different places where RFID systems are currently being used are given below.

The next time anyone considers entering a casino with the intention of "making fast money," the person should think twice. In 2005, the Wynn Casino in Las Vegas began embedding RFID tags on high-value chips. As a result, anything from individual players' betting habits to counterfeit chips could be easily monitored. It also aids in the quicker calculation of chip totals and finding out any counting errors that could have been made by dealers. On the 15th of December 2010, a robbery of $1.5 million in chips took place at the Bellagio casino. The RFID tags on those chips were deactivated, reducing the value of each chip to zero. RFID technology proved to be a real savior here.

Traveling on national highways is pleasant before the dreaded toll booth appears. The issue is not the toll, but the time it will take the traveler to eventually get their car through that narrow passage. This being said, several countries have adopted RFID to pay for tolls at toll booths. Norway uses the autoPASS toll collection scheme, while Singapore uses EZ-Link cards, which are similar to smart cards, to pay for tolls. As a result, the traveler only needs to pass through the booth, and his tagged card or vehicle will be registered, and payment will be made automatically from the bank account associated with the car's data.

NFC or Near Field Communication is a standards-based short-range wireless networking technology that makes transactions, exchanging digital information, and connecting electronic devices easier and more convenient for consumers all over the world. Hundreds of millions of contactless cards and readers are now in use around the world. Users are able to make payments directly from their phones if they are NFC-enabled phones. Also, this can be done without any fear of fraud since the payment is only made after the user enters a passcode or PIN. Android pay, Samsung pay, and even Apple Pay make use of NFC technology.

Passports, animal tracking, inventory networks, and hospital operating rooms are some of the other areas where RFID tagging is being used.

Rasilant Technologies Pvt. Ltd.'s Director, Shiladitya Mukhopadhyaya, says: "RFID is undoubtedly the way to monitor and manage items in the future. It is significantly quicker, simpler, and more effective than existing barcode technology. RFID is only going to get better, and it will become one of the most important sources of efficient logistics in the near future." Thus, there is a lot of hope from RFID technology in the near future.

Preview an Exclusive Sample of the Report of RFID Market