Mobile Satellite Phone: An Invention that made Communication Possible Across any Region on the Earth’s Surface

A mobile satellite telephone, also referred as a satphone, is a type of mobile phone that connects to other phones or a telephone network by radio through orbiting satellites rather than terrestrial cell sites, as cellphones do. Its importance has surged quite significantly in the recent years, especially for enabling communications in numerous types of emergency situations and isolated regions. 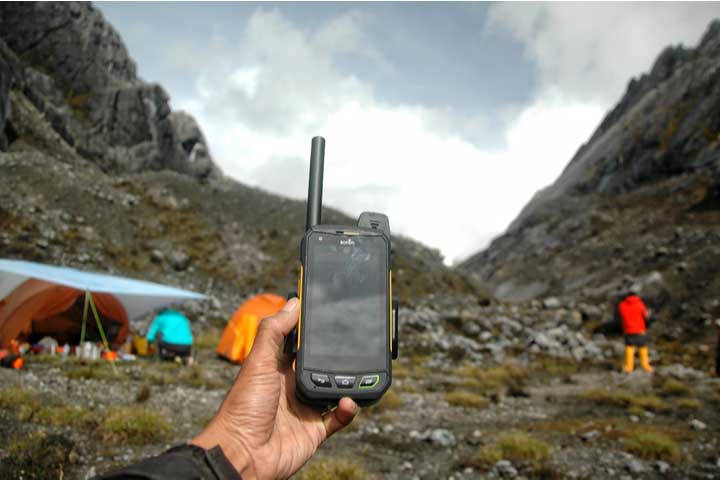 The world today is experiencing extreme and ferocious swings in weather situations owing to the rising global warming. In emergency weather conditions, it is always a good idea to be ready for almost anything from hurricanes and tornadoes to floods and fires that can cause damage to the power and telecommunication frameworks. If a network tower fails to function properly during a disaster, the whole network is at a threat of being overloaded or can fail entirely. One of the most important technological tools essential during a mayhem is a mobile satellite phone which can sidestep the entire local network system.

What is a Mobile Satellite Phone?

A mobile satellite telephone, also referred to as a satphone, is a type of mobile phone that connects to other phones by radio through orbiting satellites rather than terrestrial cell sites as cellphones do. The major perk of a mobile satellite telephone is that its use is not restricted to regions covered by cell towers; they can be used in most or all geographic areas on the earth's surface.

Unlike mobile phones and GSM (Global System for Mobile communication) network, a mobile satellite telephone’s efficacy does not rely on the terrestrial transmission antennas set up by different mobile operators to cover a geographic area but transmit and receive signals through satellites located in the orbit around the earth.

What are the Advantages of a Mobile Satellite Phone?

How can Mobile Satellite Phones be a Lifesaving Tool during Emergencies or Disastrous Situations?

Usually, terrestrial cellular antennas and infrastructures are damaged during natural calamities. Moreover, in some regions of the world they even fail to work smoothly even in normal situations due to no coverage. Mobile satellite phones can solve this issue, and hence are a suitable option for remote communication and during natural catastrophes. The network of mobile satellite phones is susceptible to congestion as satellites and spot beams cover a wide area with comparatively few voice channels.

Mobile satellite phones have proved to be extremely helpful during numerous types of emergency situations; for instance, the zmit earthquake (1999), the September 11 attacks (2001), the Northeast blackouts (2003), the Kiholo Bay earthquake (2006), Minnesota bridge collapse (2007), Hurricane Katrina, the Chile earthquake (2010), and the Haiti earthquake (2010).
Journalists and media reporters have also been using satellite phones to communicate and report war events such as in Iraq.

Satellite phones are also playing a crucial role in news and information delivery during disasters by helping journalists in reporting latest news from the front lines of the accident location. According to a report by Research Dive, owing to increasing adoption of mobile satellite phone during emergency conditions, the global mobile satellite phone market is experiencing massive growth and is predicted to surpass $5,262.1 million by 2027.

Which are the Best Mobile Satellite Phones Available in the Market?

Here are some of the cutting-edge products and services that have made it easy to communicate in areas that are miles away from the land or even in the most isolated regions. Depending on depending one’s requirement an individual can choose a mobile satellite phone.

The significance of a mobile satellite phone cannot be denied, especially in a world that is highly prone to natural calamities and disasters. The importance of a satphone has surged quite significantly in recent years. In a nutshell, various technological inventions in the mobile satellite phones have made the impossible into possible by helping people stay connected in any part of the world even during adverse conditions.