How does Augmented Reality Function? And What are its Use Cases?

Augmented reality is an advanced technology that integrates digital information with the user’s real-time environment. This information may be in the form of text, audio, graphics, and other virtual enhancements that can be integrated with real-world objects. Augmented reality is a growing trend among organizations focusing on mobile computing and various other business applications. 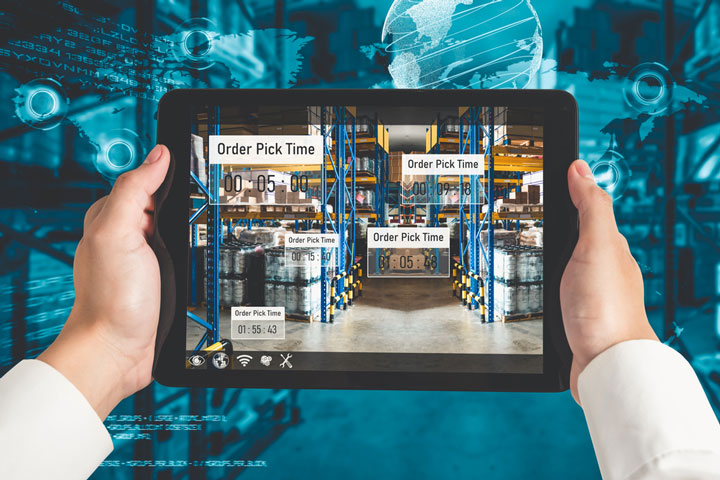 The continuous advent of new technologies enables people to avail numerous beneficial advantages. Augmented reality (AR) is one of the recently developed technologies that can integrate digital information with the real-world environment of users. The digital information includes graphics, sound, videos, audio, and other sensory stimulants that can be integrated with real-world objects. Because of this phenomenon, AR adds value to the user’s interaction with the real world compared to simulation. Therefore, AR possesses a wide range of business applications. The main benefit of AR is that it easily manages to blend digital and three-dimensional components with the perception of individuals about the real world.

With the growing adoption of AR technology in the healthcare sector, the global augmented reality market is expected to observe prominent growth in the approaching years. The market is anticipated to generate a revenue of $411,396.9 million and grow at a noteworthy CAGR of 33.2% over the estimated timeframe from 2022 to 2031. The major players of the market include PTC, Microsoft, Google, Niantic Inc., and many more.

How does Augmented Reality Work?

Augmented reality can be provided in different formats such as through tablets, smartphones, contact lenses, and glasses. AR technology requires a set of hardware components that include input devices, sensors, processors, and displays. Currently, mobile devices have this set of hardware with sensors such as GPS (Global Positioning System), accelerometers, cameras, and various solid-state compasses. These features make AR more accessible to users daily.

Augmented reality programs apps are specifically written in 3D programs that help developers tie up animation and provisional digital information in the computer program. Therefore, an AR app in a computing device when receives digital information then it starts executing the maker’s code and presenting the correct image. Several AR programs that include machine vision, gesture recognition, and object recognition are used in military sectors for providing training to soldiers.

What are the Various Uses of Augmented Reality?

Augmented reality can be used in a variety of ways which are discussed below:

A few examples of AR which we use in our daily life are listed below:

AR technology is expected to continue its popularity in the ahead years due to the increasing demand for apps and games like Pokemon Go and the rising integration of AR apps in retail stores. Moreover, the growing applications of augmented reality in the automotive industry are expected to boost the growth of the augmented reality market in the upcoming years. In addition, the rapidly increasing expansion of 5G technology is the major factor that is further expected to offer and support more cloud-based AR applications in the forthcoming years.

How does Augmented Reality Function? And What are its Use Cases?

Preview an Exclusive Sample of the Report of Augmented Reality Market