How did Footwear Evolve Over the Years and What is the Present Day Scenario?

Humans beings for years walked the earth without providing any protection to their feet. But, over time, footwear has become an integral part of humans’ lives. 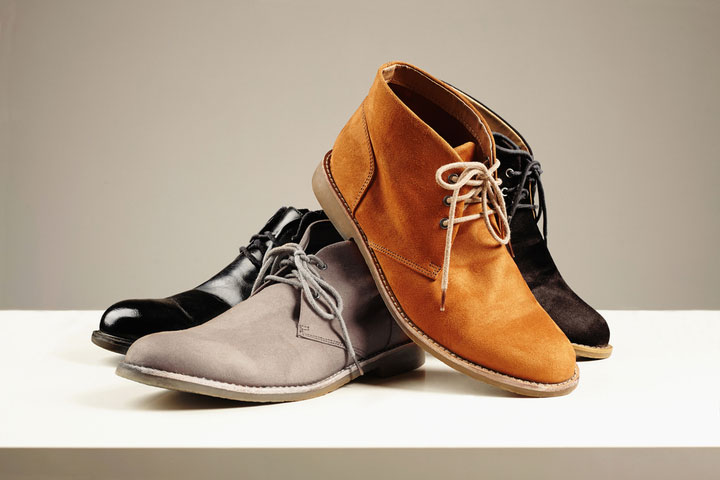 A world without having your feet covered is in the present day hard to imagine. It’s interesting how human beings thought about covering their feet and over time, the same products collectively turned into one of the largest industries worldwide. Shoes have more or less always had the same base, but over the years since its origin, the various features such as the color, design, materials, and patterns have changed considerably.

According to an archeologist, Luther Cressman, the oldest shoes were found in the United States in the state of Utah. They are said to be over 10,000 years old and the shoes were made of ropes. On the other hand, miles away in Armenia, more shoes were discovered in caves which were basically just pieces of leather stitched together. East Asians were also not far behind in using footwear as many studies state how the shoes found around the China, India, and Japan are dated to over 42,000 years ago. Also, in one of the most popular eras for humans, the Ice Age, the people who were known as Cro-Magnons also wore leather boots to protect their (Cro-Magnons) feet from the freezing temperatures. On the contrary, the Egyptians found it unnecessary to wear shoes even in the hot climate, but if it was absolutely needed, they wore sandals made from the papyrus plant. The richer ones, like the emperors, wore leather sandals.

Around the 1400s, in the Renaissance era, the style of shoes evolved to include horizontal stripes compared to the vertical lines that were predominant in the Gothic era. They were also molded to include a prominent toe shape, and the squared toes on the shoes changed on the basis of an individual’s status. According to history, if the person held a powerful position in the society, his/her shoes would be designed to be broader. At the same time, rounded shoes were thought to be more appropriate for children. In Japan, sandals with a wooden sole known as ‘geta’ were worn along with socks known as ‘tabi.’ They were created in a platform style to help the feet stay above any mud or dampness. Similarly, in India, the hide from water buffaloes was used to make a rubbery sandal known as Chappali which over time was made using normal rubber. Indians also used wood to create shoes known as the ‘Padukas,’ which also held a lot of value in the traditional Indian society. These were mostly used by learned men, saints, or sages who had denounced all worldly pleasures to preach the knowledge they had, with the rest of the world.

Gradual Introduction of Style and Modernity

The 18th century brought about its own transformations in the world of shoes as it involved a lot of class and royalty. It was from this century that shoes started becoming a symbol or representation of class, based on the kind they were. The use of precious metals and stones was also prevalent. The higher classes started using metals such as silver to make their shoe buckles, while the ladies of more privileged homes wore shoes made of silk or satin. They also were customized in terms of the designs or embroidery. At this time, people also utilized leather or wood to make over-shoes that would prevent their actual shoes from being damaged due to external elements. The early 1800’s also saw how the colors, heel height, and toe shape began to differ for both men and women. Cloth-topped shoes were also extremely popular around the time, along with boots.

In the late 1800’s the United States of America discovered a way to use rubber in manufacturing durable shoes known as ‘plimsolls.’ At the time, over nine small time rubber manufacturing companies merged together to be known as the US Rubber Company. One of the most popular among them was the Goodyear Metallic Rubber Shoe Company. Charles Goodyear, the founder of the organization, was the first one to gain a license to work on a process of manufacture known as vulcanization. This process involves subjecting rubber and cloth to heat which will help them bond together to create a sturdier product. This process was taken ahead to create rubber shoes.

Walking Through a Sober Era

After years of opulence and grandeur, a majority of the population had to endure a very dark phase known as the Great Depression. This occurred in the early 1900s where the entire world plunged into a dreadful economic disaster. Millions of people were affected by it as they lost their jobs and were barely able to sustain with the amount of money they had. Around this time, most of the industries could only produce limited products with the resources that could be acquired.  This led to the production of the standard black and brown shoes. These shoes had a major influence on the market which resulted in oxfords – a kind of footwear with cork soles becoming a prominent choice for men. As for women, right after the second world war ended, their shoes started becoming more feminine with a better arch to accentuate the foot. The heels were also narrowed to bring more elegance into the way they walked.

Shoes and their Present Day Situation

As of the present day, many people have turned shoes into accessories that help in enhancing the style of their outfit or match the occasion. Today shoes are available in a variety of designs and are also important for the aesthetics purpose. The world has also been experiencing people becoming more health-conscious which has led to them becoming more active and switching to exercise to help their bodies stay healthy. The most common form of workout is going for a run or walking and this requires shoes that are steady, and can cushion the feet from any injuries. Athletic shoes slowly gained prominence in the world mainly because they were built for workouts and sports such as walking, running, basketball, tennis, football, rugby, and cricket. According to the latest report by Research Dive, the global footwear market is predicted to gain revenue of over$360,090.9 million at a steady CAGR of 5.2% from 2021 to 2028.

The Pandemics and its Effects on the Footwear Market

In the year 2019, the pandemic brought with it multiple complications. Factories and manufacturing units were shut down all over the world due to lockdown restrictions. The restrictions also meant that the supply of raw materials such as buckles, foam, insoles, and laces was also stopped and this led to a rise in the prices of these materials. The supply of footwear from India to other countries also came to a standstill. The online sources of footwear sales also faced multiple obstructions as brands like Puma and Adidas also came to a standstill. This majorly impacted the global footwear market.

In the present day, shoes have become accessories to supplement one’s outfits - a fashion statement. But they continue to serve their primary purposes of shielding the feet from harm.

Why is Silk Crucial in the Textile Industry?

How did Footwear Evolve Over the Years and What is the Present Day Scenario?

Preview an Exclusive Sample of the Report of Footwear Market