Geogrids are one of those subtle inventions that have made life easier and yet have gone unnoticed. Geogrids have a unique distinction of being environmentally sustainable and at the same time, coming in handy for soil foundations. Geogrids provide a high cost-benefit ratio during construction works, as they are extremely durable and efficient, that too at very low costs. 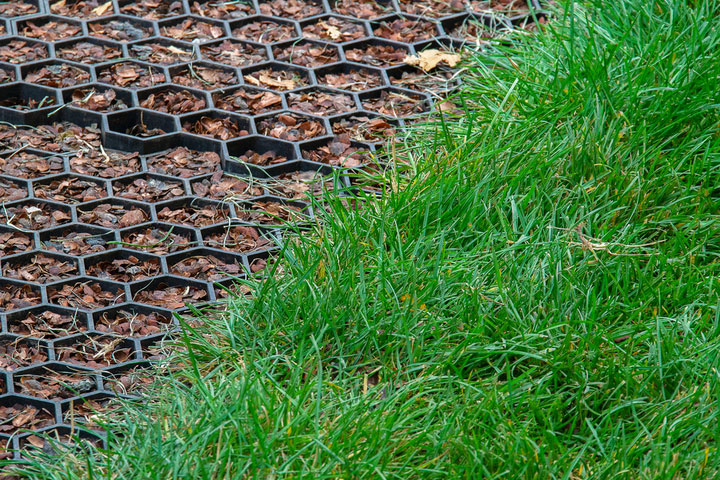 Geogrids are planar geosynthetic structures used for reinforcement and mechanical stabilization of soil and other such similar construction materials. Geogrids are manufactured using different polymeric materials such as, polyethylene, high-density polythene, polyester, polyvinyl alcohol, polypropylene, etc. Though geosynthetic materials have been used since 1970 to reinforce and retain soil structure, use of geogrids for this specific purpose started around 1980s. Invented by Dr. Frank Mercer, an English engineer, geogrids were first introduced to North America in 1982. Consequently, geogrid earned the reputation of being a reliable product and its widespread use was reported across the globe. As per a report by Research Dive, that the global geogrid market is projected to garner $35,24,980.7 thousand by 2028. Several innovations and modifications in the design and manufacturing of geogrids have made them extremely efficient and it is proven by its tremendous rise in usage all over the world.

A basic geogrid is designed as a planar mesh or a grid formed by cross-section of two polymeric ribs- one in the machine direction i.e., the longitudinal rib and other rib perpendicular to it i.e., the transverse rib. These ribs are put together to form a matrix-like structure with several junctions formed at intersection of the two ribs, and several apertures formed due to open spaces between the two ribs. Junctions are essentially manufactured to be more resilient as they perform the key function of distributing the weight and tension created due to the soil structure and other materials. Though the size of aperture of geogrid is designed as per the requirement of the project, it generally ranges from 2.5 to 15 cm. This size of aperture ensures that soil communication and strike-through is possible between either side of the geogrid.

Geogrids can be classified on the basis of their pattern and the manufacturing process involved.

Classification on the basis of their pattern:

Though the basic design of a geogrid is biaxial as mentioned above, different designs have emerged over the years to meet the specific demands of the project involved. Accordingly, geogrids are designed as uniaxial, biaxial or triaxial.

Classification on the basis of manufacturing process involved:

Geogrid’s basic function is to hold together soil, gravel, and other construction aggregates, if any, and to bear the tension and stress that is exerted by these materials. The tension that is exerted on the geogrid is sustained by distributing the weight all across the grid. Thus, geogrids increase the load distribution angle, so that vertical stress of the load is redistributed over a wider area. Also, geogrids provide lateral confinement and tension membrane effect which supports the applied load and reduces pressure and stress.

Advantages and Applications of Geogrids

The biggest advantage of using geogrids is that they are durable. They withstand almost all climatic conditions and in fact, reduce chances of natural disasters in some cases. Another important advantage provided by geogrid is helping in prevention of soil erosion. When used for construction purposes, geogrids play a dual role of easing the processes and helping in land optimization.

Geogrids have varied applicability as they provide high durability at lower costs. They are used for:

Geogrid is, thus, a perfect example of a simple innovation which makes many processes and operations easier. Further research is being conducted so as to increase its tensile strength and make it more durable.

Preview an Exclusive Sample of the Report of Geogrid Market