The threat of waste management is increasing at an alarming rate all across the globe. Rapid urbanization, increasing human population coupled with change in the consumption patterns means that as a species, humans are beginning to drown in the waste they are themselves generating. The most basic estimates show that humans currently have a waste footprint of 0.74 kilograms of garbage per person per day. 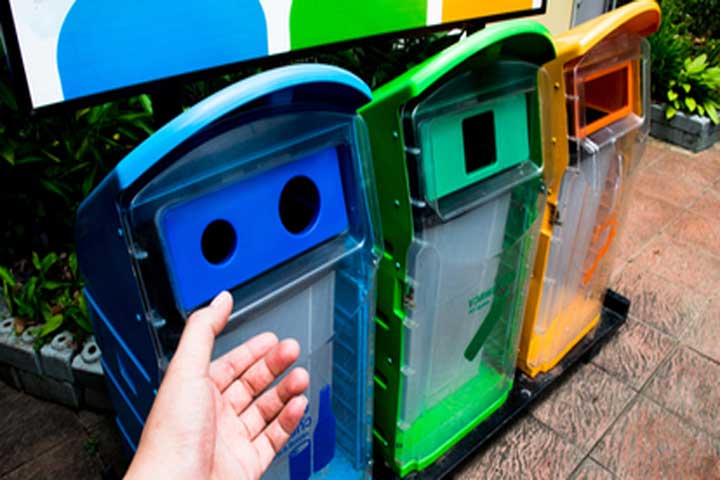 Waste management, which was once a problem only in developed countries, is now a major global concern. As per a report by Worldbank.org, in 2016 cities all over the world generated approximately 2.01 billion tons of solid waste. Having said this, World Bank estimates that, by the year 2050, this number would have risen by a whopping 70%, resulting in 3.40 billion tons of waste.

The Unvarnished Reality about Waste Crisis

The problem of marine pollution has recently taken center stage in the world's growing waste crisis. Plastic and other non-biodegradable products are choking the world's seas, and developed countries in particular have become aware of the serious problem. However, as the International Solid Waste Association (ISWA) is keen to point out, marine pollution is just one part of the problem. Waste pollutes not just the sea, but also the land and the air.

Waste has long been dumped in unregulated dumps or burned across the world, causing significant health, safety, and environmental issues. As Worldbank.org warns, these primitive waste management methods cause serious health issues and also contribute to global warming due to methane production.

Beauty and the Garbage Dump

The Maldives is widely regarded as one of the world's most beautiful island destinations. However, the travel brochures' exclusive resorts and sandy beaches conceal a more sinister reality: an out-of-control waste issue that has been threatening to suffocate its islands if waste management is not addressed quickly and effectively. To put it in perspective, the capital Malé alone is said to produce 1.8 kgs of waste by each person every day, which is more than double the daily global average. Various waste management plans are being put in motion in recent years to help combat the crisis.

According to IUCN.org, waste wasn't a big problem until the 1980s because most households generated organic waste that itself got decomposed when they discard it. However, an increase in the usage of single-use plastics and several other non-recyclable items, combined with a lack of adequate management of waste, has resulted in a garbage monster.

The Board of Directors of World Bank approved USD 17.5 million in funding in 2017 to help the island develop its waste management systems. The motive behind that is to help the country handle the garbage in a more environmentally friendly and efficient manner, preserving both the islands and the Maldives' image as a premier tourist destination.

Towards a World of No Waste

As solid waste consumes the soil and the sea, it is obvious that the world's nations, both industrialized and emerging, must take two steps: implement waste management solutions and reduce non-biodegradable waste. Although a no-waste future might seem to be far-fetched, it may one day turn out to be a reality – at least in few parts of the globe.

Below mentioned are 4 waste management techniques which every person must be aware of and should be brought into practice on an individual level.

Recycling is the first and most obvious process. Individuals will, however, need the appropriate containers for any form of waste they intend to recycle, including paper, plastic, glass, batteries, metal, light bulbs, compost, appliances, and so on.

While approximately 75% of all waste is recyclable, very few efforts are taken for it. This is due to the fact that most people are unaware of which products can be recycled and how to recycle them properly.

Composting converts food waste into garden fertilizer, and it can be used in any kind of garden. Composting is a low-cost choice. Individuals may want to fill one small container with high-nitrogen and high-carbon materials. Green and soft materials like vegetables are nitrogen-rich, while dry and brown materials like small wooden items are carbon-rich. This will help with waste management and, as a result, the environment.

Individuals can save money on bags by purchasing one cloth bag and using it for several days. On hot days, they can also reuse fizzy drink bottles for water rather than throwing them away. Wood, metal, and glass can all be used in the same way.

This is a natural mechanism in which microorganisms break down plant and animal materials (biomass) in the absence of oxygen. This biomass produces a methane-rich gas that can be used as a renewable heat source as well as a source of electricity. The rest of the material is nutrient-dense and can be used as fertilizer.

Waste that isn't collected or disposed of properly has serious health and environmental consequences. The cost of dealing with these consequences is much greater than the cost of designing and running simple, adequate waste management systems. According to Research Dive, the global waste management market is anticipated to garner a revenue of $2,319.5 billion by 2026 with a CAGR of 5.6% during the analysis period.

In times of rapid urbanization and population growth, waste management is a critical component for safe, stable, and inclusive communities and cities. However, when it comes to urban planning, it is always placed on the back burner. A single person can make a difference, but all individuals must adapt and become more environmentally aware in order to create a safe, healthier world.

Greenhouse Horticulture: The Brightest Hope for the Future of Agricultural Growth

The ability to produce parts rapidly on demand has added unforeseen flexibility to the Aerospace 3D printing sector.

Preview an Exclusive Sample of the Report of Waste Management Market