Electric toothbrushes have gained a lot of popularity in the last 5-6 years, despite having a lot of inadequacies with respect to efficiency and quality. Though this limelight has convinced many people to adopt this new method of mouth cleansing, a large chunk of population is still skeptical of this technology; a look at the pros and cons of electric toothbrush tells the reason behind this skepticism. However, many leading companies have heavily invested in this industry and come up with products that are surely turning the tide in the favor of electric toothbrush market. 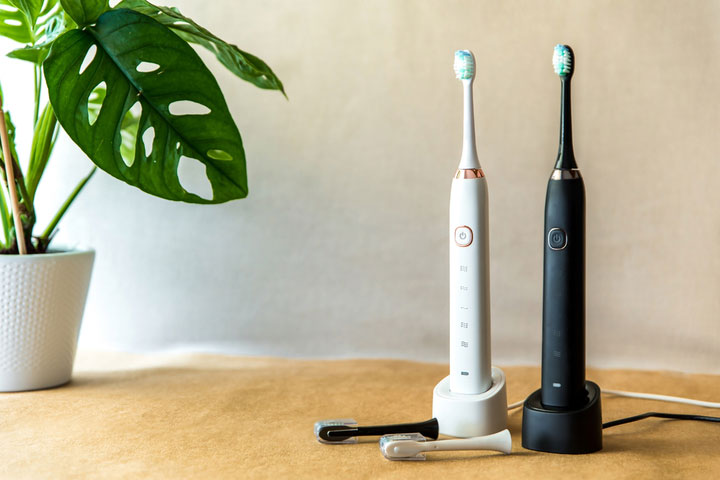 The most impactful inventions or scientific technologies are usually the ones which affect your everyday lives and gradually become a part of it. Take electricity for example. Life without electricity is hard to even imagine, let alone live it. Though electricity is a natural phenomenon, using it as a source of energy to power modern machines needed various inventions and scientific innovations. Michael Faraday, Benjamin Franklin, James Clerk Maxwell, Nikola Tesla, etc. have all contributed extensively to this field of electrical engineering. These innovations, over the years, gave birth to a new stream of science called electronics. Electronics is nothing but electrical engineering at play but at the electron level so as to power certain devices and appliances. Today, electronic appliances have become an integral part of everyone’s lives. From a cupboard-sized refrigerator to a hand-sized iPhone, every electronic gadget in your home has changed your lives irreversibly. Another great innovation that is getting a lot of traction since the last decade or so, is the electric toothbrush.

Electric toothbrush, just like many other electronic appliances, is powered by an electric motor which helps in automatic bristle motion, thereby helping to clean your teeth. An electric or powered toothbrush is generally supplied the necessary energy through a rechargeable battery, which can move the head of the toothbrush either in linear oscillatory motion or rotational motion.

Over the years, research and innovation to improve the working of a powered toothbrush and to resolve the issues associated with it have yielded a lot of positive results. Today, some of the best toothbrush companies of the global electric toothbrush market have come up with a wide range of powered toothbrushes.

Oral-B, the leading global brand for oral heath hygiene products, has recently launched the 7000 Smart Series. Touted as the world’s first electric toothbrush with Bluetooth connectivity, it allows the user to connect the toothbrush to the smartphone through an app. This app tracks the user’s brushing habits and provides necessary reminders and other similar inputs. Equipped with six modes such as daily clean, gum clean, tongue clean, etc., this toothbrush is designed to cover oral health and hygiene holistically.

Arm & Hammer is a go-to brand for many people around the globe, as far as household and personal care products are concerned. This latest product in this segment is becoming quite popular mainly due to its design. Spinbrush PRO+ is quite easy to use, even for children and elderly people. Its soft bristles are quite delicate on gums and help in maintaining overall oral health. The biggest plus point of this series of toothbrushes is that they come at a quite affordable price range.

Philips, an electronic gadget manufacturing giant, has long jumped the bandwagon of electric toothbrush manufacturing and has launched numerous powered toothbrushes already. However, this series of toothbrushes may prove to be a game changer, both for the market and Philips. The Sonicare ProtectiveClean 4100 toothbrushes come with large flat bristles instead of small and round shaped bristles which are common in the market. Philips claims that this design will help in removing the plaque in a much better way, that too with less effort.

Electric toothbrushes, as of now, are in an infancy stage wherein not many people are ready to shift to this gadget. Expensive nature of these toothbrushes might be one of the main reasons. Manual toothbrushes are quite cheap and, in some cases, might prove to be even better at cleaning teeth than powered toothbrushes. Thus, the benefit-cost ratio is much lower in case of this electric gadget. However, as more and more players enter this industry, the prices will surely stabilize and the quality and efficiency of this gadget will improve substantially.

Charcoal Facewash: Allowing You to Look More Confident with a Healthy and Glowing Skin

Preview an Exclusive Sample of the Report of Electric Toothbrush Market