Cabernet Vs. Merlot: Finding the Better Red Wine for Your Party

Merlot and Cabernet Sauvignon are the two most popular red wines on the market and they do have some differences. Historically, both these wines were cultivated on the opposite sides of a river, each with its own growing conditions. Some of the highest quality red wines come from the Bordeaux region of France due to its richest history. 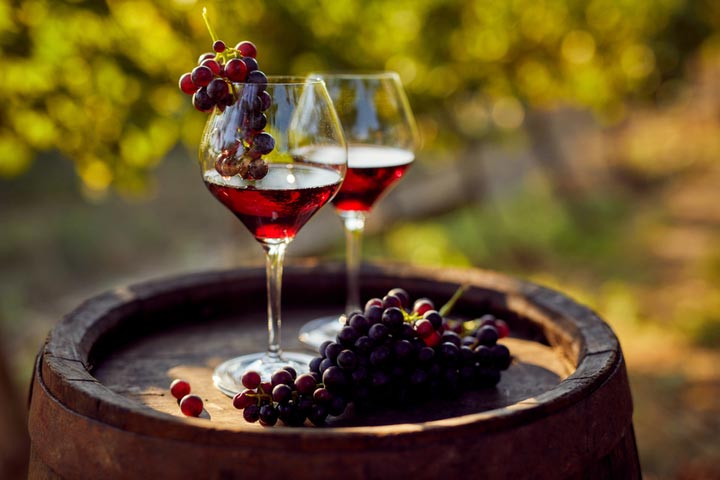 Many people wonder standing in the front of a row of red wines what the difference is between Merlot vs Cabernet wine.These two are the most popular red wines on the market and they do have some differences. But it is known by many that the list does not stop here, as there are loads of varieties hailing from the best wine-growing regions across the globe. According to Research Dive, the increasing demand for premium ingredients in wine is the major factor expected to accelerate the growth of the red wine market in the coming future. By 2028, the global red wine market is predicted to reach up to $242,822.34 million, increasing from $146,173.63 in 2020.

Premium wine can come from many different parts of the world, including Tuscany in Italy, Napa Valley in California, or Mosel in Germany. Although, some of the highest quality wines come from the Bordeaux region of France due to its richest history.

Cabernet Sauvignon and Merlot were both born in Southwestern France, the historical region of Bordeaux. Both wines were cultivated on the opposite sides of a river, each with its own growing conditions, also known as ‘terroir.’ Creating a friendly rivalry by the river, Cabernet and Merlot are closely related, but were each developed independently. Let’s now find out the difference between the two most consumed red wines across the globe and choose the right wine for the party.

Cabernet Sauvignon is more mature and heartier variety of red wine as compared to Merlot. This red wine is known to have a strong backbone, talking about its bold mouthfeel and its ability to be paired with luscious dishes such as fine steaks, braised ribs, and portobello mushrooms.

Cabernet Sauvignon is one of the driest red varieties of wine, crowned only by a few types such as Tempranillo and Sangiovese. The alcohol by volume (ABV) of Cabernet Sauvignon is usually about 14 percent, and produced with around 15 percent ABV in the warmer climates.

Generally, Cabernet has a darker, deeper hue as compared to the Merlot. Winemakers keep experimenting with the high level of tannins and thus aging the Cabernet Sauvignon longer and longer. The flavors of this wine change and mature as the wine ages, and are enhanced even more when this red wine is aged in French oak casks.

The name of Merlot comes from an old French word meaning ‘Little Blackbird.’ Produced of nearly black colored grapes, the dark red wine features soft and fruity flavors. Merlot and its featuring blends are known to be drinkable at a younger age as compared to most of the wines. Thus, the red wine requires less storage time, resulting it to be a favorite of wine producers.

Some of the common food pairings with Merlot include beef, chicken, cheese, and fruit. Typically, a Merlot wine will be dry and has been known to take on several flavors, depending on the winemaking techniques and the region.

Noted flavors found in merlots include plums, cocoa, herbs, and cherries. When aged in French oak casks, Merlot wine can take on ‘woody’ notes along with vanilla and cloves.

The ABV of Merlot is similar to the Cabernet to around 13 to 14 percent when grown in the cool climates of France. On the other hand, the wine tends to have around 15 percent ABV when the grapes are grown in warmer regions such as California.

Merlot is hugely popular across the globe and therefore the grapes are often been overproduced and rushed to market. Many high-quality wines are produced in Australia, U.S., and other parts of the world.

Cabernet Sauvignon and Merlot, the two grapes were derived and originally produced in the same region, resulting in many similarities. Many people who are not wine lovers or do not regularly drink wine can find it hard to tell the difference between the two most popular red wines, but when taken a closer look, the differences are blatant and even scientific at times.

The soil plays a huge role in the flavor and production of any wine in which the grapes are grown. Produced in the Napa Valley region, a Cabernet Sauvignon is known to have tasting notes of tobacco, blackberry, and graphite.

The differences between the two wines that are easiest to notice as well as understand include body and dryness. Though both the wines are dry, the Merlot is easier to drink and pair with wide variety of foods owing to a sweeter tint to it. Whereas, the Cabernet Sauvignon is bolder and dryer and is paired with more decadent foods, like ribs and steak.

I hope it helps you to choose the right and better wine among the battle of reds for your party.

How Can Coconut Milk be Added to the Daily Diet to Lead a Fit and Healthy Lifestyle?

Cabernet Vs. Merlot: Finding the Better Red Wine for Your Party

How Has Fitness Activities Triggered the Demand for Green Tea Across the Globe?

Preview an Exclusive Sample of the Report of Red Wine Market