Building automation is just a small part of a much larger picture. Until now, various systems in buildings have been treated as isolated closed blocks with their own interfaces and no contact with other systems. However, building automation is finally beginning to completely incorporate these distinct systems, into the same network, along with other systems such as access control units, fire alarms, elevators, and so on. 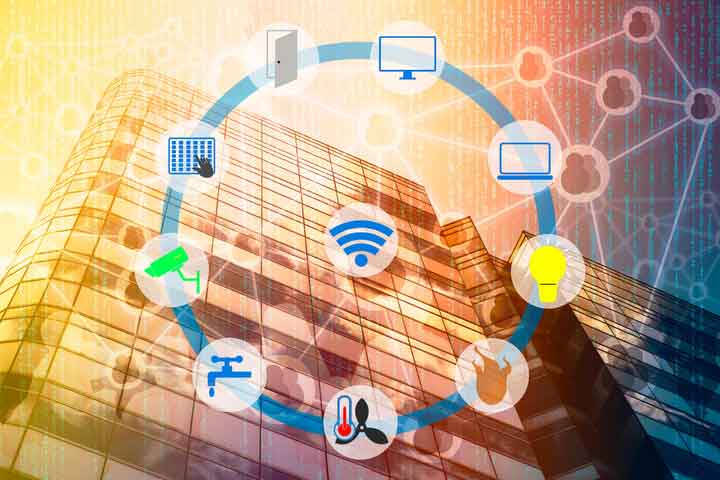 Trends come and go, but every now and then they form the world we live in. This, of course, also refers to building automation systems. Environmental consciousness and the desire for a better future are driving the growth of smart buildings and cities. There is a lot going on right now in various fields, but all the processes are heading in the same direction: an accessible, low-emission environment, with the help of building automation systems.

What is a Building Automation System (BAS)?

A building automation system (BAS) is a system that regulates various electric, electronic, and mechanical devices in a building. It is also known as a building management system or a building control system.

It is a distributed control system that combines various types of building systems into a single centralized location. Building automation systems are mainly used to monitor the heating, ventilation, and air conditioning (HVAC) in a building, but they are also used to control lighting, surveillance, and other building systems.

What are the Key Components of a Building Automation System?

Building automation systems may be installed during new construction or as part of a retrofitting project for an existing structure. It creates a smart building environment by combining five different component types. They are as follows -

This part serves as the “brain” of the building automation system. It gathers data from the various light and sound sensors before sending commands to HVAC units, security alarms, lighting systems, and other linked components.

Temperature, humidity, the number of people in a building, lighting levels, and other such parameters are all monitored with the help of sensors. This data is sent to centralized controllers by the sensors.

The building automation system communicates with the other components in a language that is understood by them. The most commonly used languages are BACnet and Modbus.

Actuators and relays respond to commands from the controller by acting in accordance with the requirements. They can, for example, lower or raise the temperature in a specific area of the building, dim lighting in empty offices, or switch on the air conditioning before people arrive at work.

This graphical user interface allows users to communicate with the building automation system. It displays data (temperature of the room, the various sensors that are activated, etc.), so that users can keep track of the building's condition or manually change some settings.

Which are the Various Systems Controlled by Building Automation Systems?

The lighting in a room can be regulated by building automation systems based on the number of people in the room. It can also control lighting depending on whether it's day or night.

Building automation systems have the ability to monitor when security devices are enabled and when they are not. Video surveillance, keyless entry, remote access, and passcodes, are all things they can handle.

Building automation systems are needed for the maintenance of air handlers in specific industries, such as chemical plants, oil refineries, and nuclear power plants. Mechanized air handlers have the requisite safeguards and reinforcement to ensure the safety of staff and the surrounding public.

The proper operation of sterilizing or sanitization units necessitates the use of building automation systems. Automation is needed for much of what is done in such systems.

What are the Various Benefits of Building Automation Systems in Today’s World?

There are several advantages of having a well-functioning building automation system in today’s modern world. Among these advantages are the following:

Thus, without a question, building automation systems are the way of the future.