Omnipod: A Prominent Device Responsible for the Growth of Tubeless Insulin Pump Industry 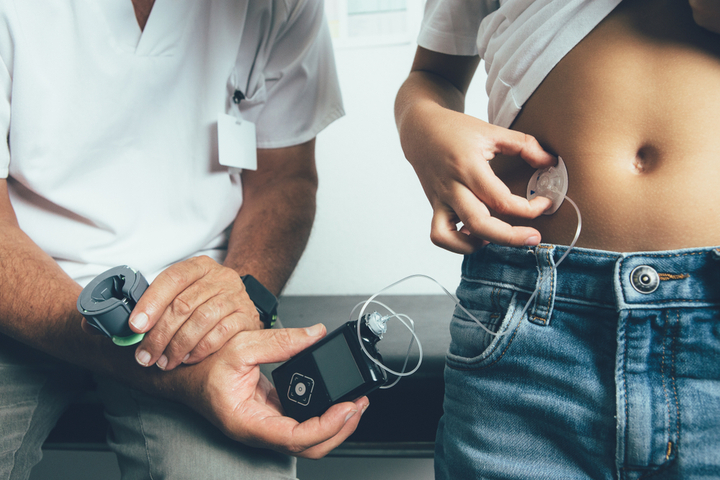 For nearly three decades, a million of people with diabetes have counted on insulin pumps to measure the blood sugar levels. Looking at the current world scenario, there are around 371 million people that are affected by diabetes. This states that a huge amount of the world population is suffering from this chronic disease that is caused due to inappropriate functioning of pancreas. Diabetes is responsible for the production of insulin hormones.   The major reason for occurrence of diabetes is when a human body produces less or no insulin. Diabetes can be divided in two types - Type 1 and Type 2. When the body stops producing insulin it is Type 1. Whereas, in Type 2, the body does not respond well to the insulin.

What Is an Insulin Pump?

A small electronic device that delivers a continuous infusion of insulin into the subcutaneous tissue for the treatment of diabetes. The pump is designed to deliver insulin in a way similar to the pancreas of a person without diabetes. . But you still need to check your glucose level and adjust the pump for the right amount of insulin to be released. The insulin pump releases insulin in two ways:

Insulin pumps have remained largely unchanged over the years, leaving the device ripe for innovation. People using traditional insulin pumps often have to adjust their everyday lives to manage their diabetes for living comfortably. The tubeless insulin pump has made it simpler for the people with diabetes.

A significant development is taking place to replace the traditional insulin delivery systems and Omnipod is one of them. In the mid of 2018, Omnipod, was introduced to the insulin pumps industry as a waterproof tubeless insulin device. It is a Bluetooth-enabled device with a touchscreen feature and a personal diabetes manager (PDM), same as an Android phone. The small device is a lightweight, disposable pod that can be positioned anywhere on the user’s body and can be worn up to three days. The pod does not require any tubing and can be connected wirelessly to the PDM, to determine when to deliver insulin. It’s the first device with a sensitive security protocol system.

Insulet, a medical device company, and Eli Lilly & Co., a pharmaceuticals maker Eli Lilly & Co. joined forces in 2013. Together, they developed the first tubeless insulin pump to provide patients with highly insulin resistant diabetes. The duo released a new version of Insulet’s insulin pump to deliver Lilly’s Humulin R U-500 insulin. The new device was launched in of 2016, which is said to be the world’s first tubeless insulin pump. The company has a long history of collaborating with medtech, including a Parkinson’s disease partnership with Medtronic (NYSE:MDT) and an orthopedic partnership with Synthes.

There are several other companies in the market that are contributing in the growth of the global tubeless insulin pump market. Some of these include Medtrum Technologies Inc, Insulet Corporation, Debiotech, Johnson & Johnson, Rosh Holding AG, Cellnovo Group SA, Spring Health Solution Ltd, Veleritas, CeQur SA, and Abbott Diabetes Care among many others. Apart from this, increase in number of awareness programs initiated by the government, is impacting in the market growth, all over the world.

Which Alternatives Can Be Used Instead of Animal Testing and How are They Beneficial?

What is the Importance of Using a Biohazard Bag?