Cloud computing has paved the way for numerous sectors to shift to cloud-based service provisioning. Be it data storage service or video on demand service, cloud computing has changed the way data is accessed these days. One such cloud-based service which is gaining popularity lately, is the cloud gaming service. With many big-tech companies releasing their own cloud gaming services, exciting days lay ahead for gamers worldwide. 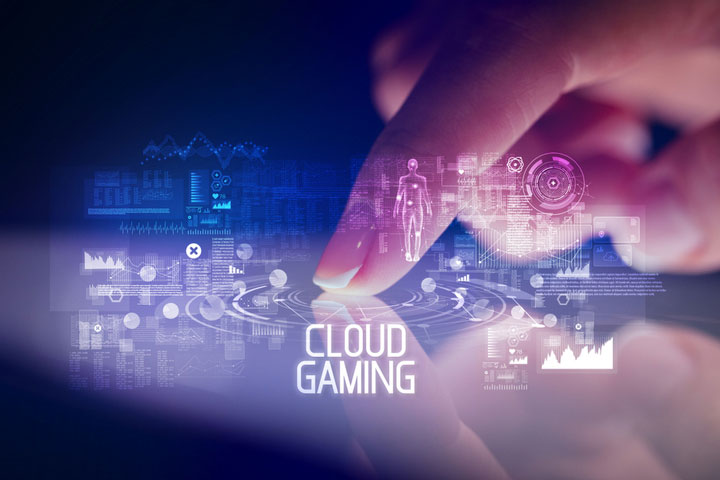 Names like Batman: Arkham Knight, Assassin’s Creed or Grand Theft Auto, excite kids, and make adults a little nostalgic and emotional. Spending the whole summer vacation by sitting in front of the PC, playing these games all day, only to wake up the next day and play again. These games are among the all-time best video games and even today, they have maintained their fanbase. Even though the craze for these games hasn’t subsided, however, the way of playing them surely has changed. Gone are the days when people used to download the game, install it, and then finally play, if it does install. In the recent years, a new kind of game playing service is getting all the attention. It is called cloud gaming.

A type of online gaming, cloud gaming runs video games on a network of data centers filled with servers, and lets the user access them using the streaming service, as is the case with any cloud service. In the digital world, a “cloud” is basing a remotely placed server, which can be accessed through a subscription. Take the example of Netflix. When you take a Netflix subscription, it will grant you an access to their database. There are thousands of movies, series, and documentaries which you can watch online without needing to download them. Same goes with cloud gaming, where you can subscribe to a cloud gaming platform and can play the games offered by the platforms without actually needing to download or install it. Pretty cool, right?

Cloud gaming has been in and around since 2000 when G-cluster introduced a cloud gaming technology product called E3 for the first time. But this product couldn’t garner enough support. Similarly, in 2007, Crytek, a video game developer of the famous Crysis series, halted its cloud gaming development due to lack of infrastructure. Many experts in the information technology sector, as a result, started considering cloud gaming as a mythical creature of a utopian world which cannot be materialized in reality.

However, in 2010, the first real push to this technology was given by a startup named Gaikai. It launched various game demos on a cloud streaming service, instead of full-versions of those games. It gained popular support from gamers worldwide and even from video game developing giants like Electronic Arts (EA). In 2012, Sony brought Gaikai and offered PlayStation games on it. Finally, in 2014, Sony launched PlayStation Now, taking inspiration from Gaikai. Today, several big-tech giants have entered the global cloud gaming market and have launched their own cloud gaming services. Many more companies are interested to start their ventures in this field.

Platforms: Cross-platform along with some select Smart TVs of LG and Hisense

Platforms: Cross-platform along with Xbox One Xbox Series X/S.

What’s in Store for Cloud Gaming Next?

The first planned course of action for all the leading companies, providing cloud gaming services is to make their service available all over the world. Today, many of the above-mentioned cloud gaming services like GeForce Now and Stadia are fully available only in select countries of North America and Europe. PlayStation Now and Xbox Cloud Gaming offer their services in Japan and South Korea respectively, along with some countries on North America and Europe. Amazon Luna, on the other hand, offers subscription only within the United States. Thus, the first step that the cloud gaming service providers are eyeing, is to scale up their infrastructure in such a way that their customer base covers all regions of the globe.

All in all, the shift from traditional gaming to cloud gaming seems irreversible. You just need to upgrade your personal gaming system to smoothly adapt to this emerging technology of cloud gaming.

Future of the Contemporary World With 5G Module

Preview an Exclusive Sample of the Report of Cloud Gaming Market