A real-life approach to learning and skill development is by virtual games, which are also termed as simulation games. A recreation of real-world, these games have various benefits. This article has brought the best simulation gaming solutions for 2020. 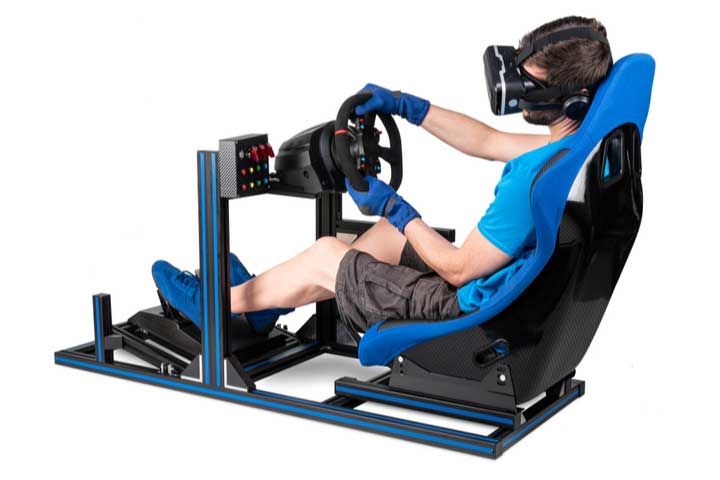 Simulation gaming basically an imitation and recreation of a real-life situation with advanced visualization technologies and software programming. Simulation games can be played with board games, computer assisted board games, or environments which are fully-computerized.

Simulation games have many sub-genres among which building, business, and sports simulators are gaining more popularity. This article tours you through the best titles for 2020, making it easier for you to choose the perfect simulation game.

RimWorld is a game designed for the players with a keen interest for construction simulations. If you want something more unique and original than your normal constructor, RimWorld resolves this. A sci-fi simulation, RimWorld rotates around three stranded players on a mysterious planet. As a player, you have to build a massive base and enlarge your space by welcoming supplementary characters in and outsmarting the opponents who prowl at every shot.

Developed by Ludeon Studios and released in 2018, RimWorld is available in PC, Mac, and Linux.

Released in 2015, this game has conquered the scene of city building simulation because of its ground-breaking approach to the genre. The game begins with a vacant plot of land and a little quantity of money. The aim of the game is to build a lively city with a matching skyline. The player is responsible for every step starting from the new design to resource distribution, and then to governance. Developed by Colossal Order, this game is available on PC, Mac, Linux, and Console.

Released in 2018, Railway Empire is a simulation game based on history. The setting of the game is in the USA between 1830 and 1930. Industrial revolution was in full swing with the creative and innovative scientists were making their contribution to the world of technology. The player is needed to construct a grid of railway across the country improve connection with society and reprobate in the cash. The players is the one who gets control of all the operations. Definitely, some exciting business insight will be required for the player to make to the ultimate level. This game was developed by Gaming Minds Studios and available for Windows, Linux, Console, and PS4.

Planet Coaster is a fun game which rejuvenates the youthful enthusiasm of the player. The main task of the player is to create and design a leitmotif park according to his likings, with all the whistles and bells. The player becomes responsible for the entire procedure from construction to finances, management, and more. The theme park becomes a brilliant success with proper planning. Designed for PC, the game was developed by Frontier Developments.

With appealing mechanics and thrilling gameplay, Two Point Hospital is a wonderful medical and business simulation. The player gets the role of a hospital administrator who supervises the entire medical operation. The goal is to treat patients out of their ailments and raise the prestige of the hospital by initiating strategic development projects and extensions. A hand-on approach and proper planning and strategic execution is required to be the winner. Developed by Two Point Studios, this game is designed for PC, Mac, and Linux.

How do Social Media Management Tips Assist Businesses and Organizations to Escalate their Productivity?

Is Blockchain Just a Buzzword or is it the Future of Digital Supply Chain?

Preview an Exclusive Sample of the Report of Gaming Simulator Market