Bitumen emulsifiers are mixtures consisting of bitumen, a petroleum product, water, and emulsifier, a surface-active agent. Bitumen emulsions are primarily used in the road construction sector wherein they have wide applicability - while constructing a new road or in repairing an old one. 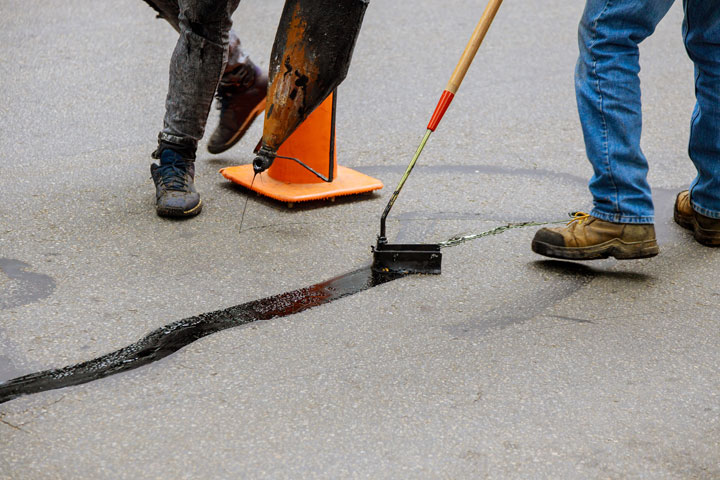 Everyone has seen a tar road being constructed or repaired; the black coating liquid that is used to keep the stones, gravel, and other constituents together is nothing but bitumen emulsifier. Bitumen is a petroleum product and, hence, its molecules being sticky, do not mix with water to form fine droplets. An emulsifier, by being a surface-active agent, solves this problem by breaking down bitumen into fine particles which then suspend easily into water droplets thereby forming a good mixture. Bitumen emulsifier is thus a mixture of bitumen, water, and emulsifiers.

Important Applications of Bitumen Emulsifiers in the Road Construction Sector

A tack coat is a thin layer of asphalt that is applied on the road surface before constructing a new road so as to provide a strong bonding between the old and new asphalt layers. The application of bitumen emulsifier helps in achieving better strength and prevents early wear and tear of the new road. The amount of application of bitumen emulsifier depends on the condition of the road; if the road is built using absorbent materials, more amount of tack coat is required. Stiffer roads, on the other hand, need a less amount of bitumen to hold things together.

Chip seal, or tar seal, as it is commonly known, is a pavement treatment mechanism wherein multiple layers of asphalt are combined with layers of fine aggregate. The most common way to construct chip seals is to apply a layer of thin tar, bitumen emulsifier, and gravel on the old pavement surface and then embed the surface with fine aggregate on it. Chip seals are some of the most commonly constructed roads in Australia where even highways are built using this mechanism. In the US, however, chip seals are constructed mainly in rural, countryside areas where the traffic is usually low.

Slurry seal is a mixture of asphalt, fine gravel, and emulsions and is primarily used to fill pavement cracks or smoothen road surfaces. Thus, slurry seals are mostly used during repairing a road rather than while constructing a new one. There are three types of slurry seals - Type I, II, and III; while type I slurry seal is used to repair minor faults and cracks, type III mixture is used to treat severe pavement defects.

Microsurfacing is somewhat similar to chip seal and slurry seal. It is a mixture of aggregate, bitumen emulsifier, and water. However, the major difference is that polymer is added to this mixture to blend the mixture even more. Also, certain chemical additives are mixed in this composite which helps in preserving the quality of the pavement for a long time. One major advantage of microsurfacing over slurry seal is that the application used in microsurfacing hardens quickly which makes it a go-to mechanism, especially in areas where there is heavy traffic. A road or pavement built using microsurfacing has an average lifespan of 7-8 years.

Bitumen emulsifier comes in quite handy while repairing a road or pavement as it, along with gravel and fine aggregate, forms a perfect homogenous viscous mixture that seeps and penetrates all the gaps and cracks of the deformed surface. Though major metropolitan cities are connected with excellent quality roads, the countryside and the tier-3 city roads need repair work from time to time. In such a case, opting for bitumen emulsifiers improves the quality of the road, without actually having to build a new one.