What is the Impact of the Ban of Chinese Apps on India and China?

Ban of Chinese apps by the Indian government came amidst the border tensions brewing in Ladakh between India and China. This ban has affected both the nations in terms of revenue loss and decline in user base. What is the response by Chinese officials and what is the user base of these apps? 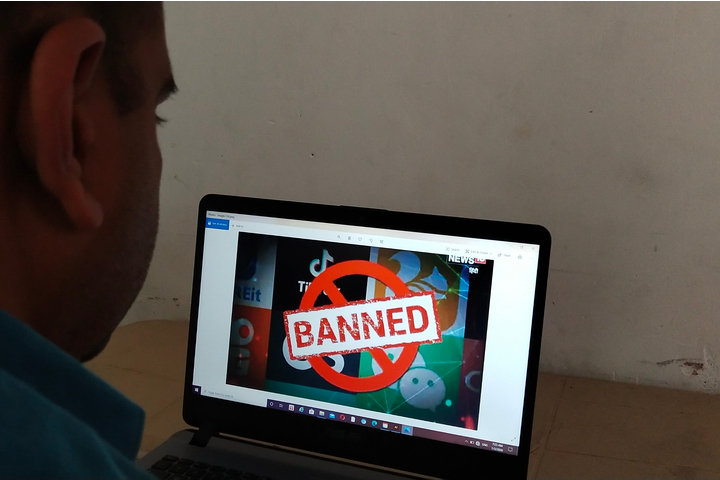 Chinese app immediately rings a bell about the recent border tensions between India and China. It was due to this face-off between the two nations that India chose to ban numerous Chinese apps. On 29th June 2020, India announced the ban of 59 Chinese apps that were operational in India. Some of the popular ones are Tik Tok, SHAREIt, UC Browser, CamScanner, Helo, Weibo, WeChat, and Club Factory.

In an article published on rediff.com, the Ministry of Electronics and Information Technology stated that it has received many complaints from various sources, including several reports about misuse of some mobile apps available on Android and iOS platforms for stealing and surreptitiously transmitting users' data in an unauthorized manner to servers which have locations outside India.

Moreover, the Ministry also said that these 59 apps were banned to safeguard the ‘sovereignty and integrity of India.’ All the Chinese apps have been banned under section 69 A of the Information technology (IT) Act, read with the relevant provisions of the information technology (Procedures and Safeguards for Blocking of Access of information by Public) Rules 2009.

What is the User Base of Banned Chinese Apps in India?

According to the estimates procured by the sensor towers, Tik Tok have 611 million downloads in India. Moreover, the active user base of Tik Tok is expected to be around 200 million as of in 2020 before the ban.

SHAREIt which is a file sharing app was considered to possess around 400 million users and UC Browser that is owned by Alibaba ranked second in India with market share of 10.19% after Google Chrome that had a market share of 78.2%.

Effect of the Ban on Chinese Apps on the Users:

If the apps are already installed on mobiles then they will continue to exist, however any latest versions of the Chinese apps will be no longer available on Google Play Store and Apple Play Store. Therefore, the users will not have any access to new versions of Chinese apps.

If the Indian government decides to issue a notice to the internet service providers asking to halt the data flow from these apps then this could impact the functioning of existing and installed apps.

Impact on the Chinese App Providers:

The manufacturers of these apps will suffer huge advertisement revenue loss due to the ban. In an article published by livemint.com, in 2019, the global revenue of Tik Tok stood at $17 billion and the profit made by the app was $3 billion.

The user base in India for Tik Tok was constantly rising a few years ago and the stakes were very high as well but the recent ban of Chinese apps lead to tremendous loss for the company. According to a report by Reuters, in 2019, Tik Tok was banned in India for allegedly promoting pornography on the app. However, the parent company of Tik Tok that is ByteDance Ltd had approached a local court and said that the company was losing $15 million a month.  Therefore, the ban on the app was lifted later on.

What is the Chinese Response to the Ban?

According to an article published by thewire.in, Chinese spokesperson Zhao Lijian said “The Indian government has the responsibility to protect the legitimate rights and interests of international investors in India, including Chinese businesses, in accordance with market principles.”

Zhao also stated, “Such a pattern has been artificially undermined and it is not in the interest of the Indian side”.

Moreover, another statement in the same article by embassy spokesperson Ji Rong mentioned that India’s measure, selectively and discriminatorily aims at certain Chinese apps on ambiguous and far-fetched grounds, runs against fair and transparent procedure requirements, abuses national security exceptions, and suspects of violating the WTO rules. It also goes against the general trend of international trade and e-commerce, and is not conducive to consumer interests and the market competition in India.

After these statements, one can expect that the Chinese government may lodge an official complaint at the WTO regarding the ban of apps.

Although the Chinese apps have been banned in India and there are many more that’ll be banned in the future, India must prepare for the economic loss as well. This ban will hurt India in terms of investment opportunities and employment generation at a large scale.