Blood stream infection testing, unlike the tests done in case of ailments like kidney stones, do not comprise of a single test; rather there are a group of tests which together are referred to as blood stream infection testing. These tests, such as complete blood count, CRP test, d-dimer test, etc. detect the presence of certain proteins, or cells, or even microorganisms, which might indicate occurrence of infection in the blood. 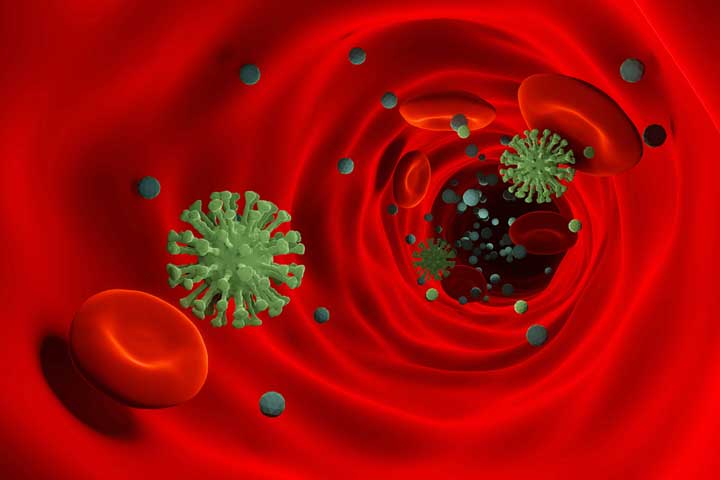 Infections are a very common phenomenon. The human body, on account of presence of certain antibodies, has an inherent ability to ward off infections. But certain microorganisms including bacteria, fungi, viruses, etc. have the ability to bypass the immunity shield and cause infection in the body. Of these infections, the ones caused in the blood are considered to be particularly dangerous as these microorganisms and hence the infection, if unchecked, can spread quickly throughout the body and can cause considerable damage. In some cases, sepsis, i.e., bloodstream infection, can also result in death.

Some of the tests which constitute blood stream infection testing for sepsis are given below:

Complete blood count or full blood count is an essential part of blood stream infection testing as it helps in giving comprehensive information about the cells in the patient’s blood. Full blood count, thus, takes into account the number of red blood cells, white blood cells, platelets, and also assesses other vital information such as concentration of hemoglobin and hematocrit. The reference ranges of these parameters, which vary according to the age and sex of patient, help in determining whether the blood is infected or not.

High levels of lactase in blood is considered to be an important indicator as lack of oxygen in the blood or presence of other abnormalities might result in the failure to clear this excess lactase from the blood. Hence, lactase test is considered to be a reliable constituent of the blood stream infection testing procedure, wherein the blood is drawn by inserting a needle into a vein in the forearm. In some cases, lactase can be tested by drawing cerebrospinal fluid from the spinal cord.

One of the most common and natural bodily responses to tissue injury or infection is inflammation, which results in redness and swelling of the area. Inflammation, in fact, helps in protecting the injured tissue from further deterioration and is caused due to C-Reactive Protein (CRP) which is released in the blood by the liver. CRP test, thus, checks for presence of this protein in the blood which might indicate inflammation or bodily damage.

This blood stream infection testing procedure is done to detect the presence of certain bacteria and fungi in the blood, which in normal conditions, do not exist in blood. The identification of these microorganisms helps in testing them for antimicrobial resistance, which further helps in deciding what medical treatment is to be given to the patient.

D-dimer is a protein fragment that is produced by the body when a blood clot starts dissolving. A clot is formed in the blood to prevent excessive loss of blood during an injury. Once the injury subsides, the clot starts dissolving. However, in certain medical conditions such as sepsis, the blood clot doesn’t dissolve even after the injured tissue is fully recovered. This phenomenon may cause serious problems such as stroke or even death. D-dimer test basically used to check if the patient has the blood clotting disorder which, in turn, may indicate sepsis.

Blood stream infection testing is thus a holistic way of detecting the presence of microorganisms in the body. This new technique of blood testing has been of great help to the doctors and medical experts to deeply analyze the causes and effects of sepsis on blood and body in general. Blood stream infection testing has thus proven to be much better and efficient than traditional blood culture and blood testing methodologies.